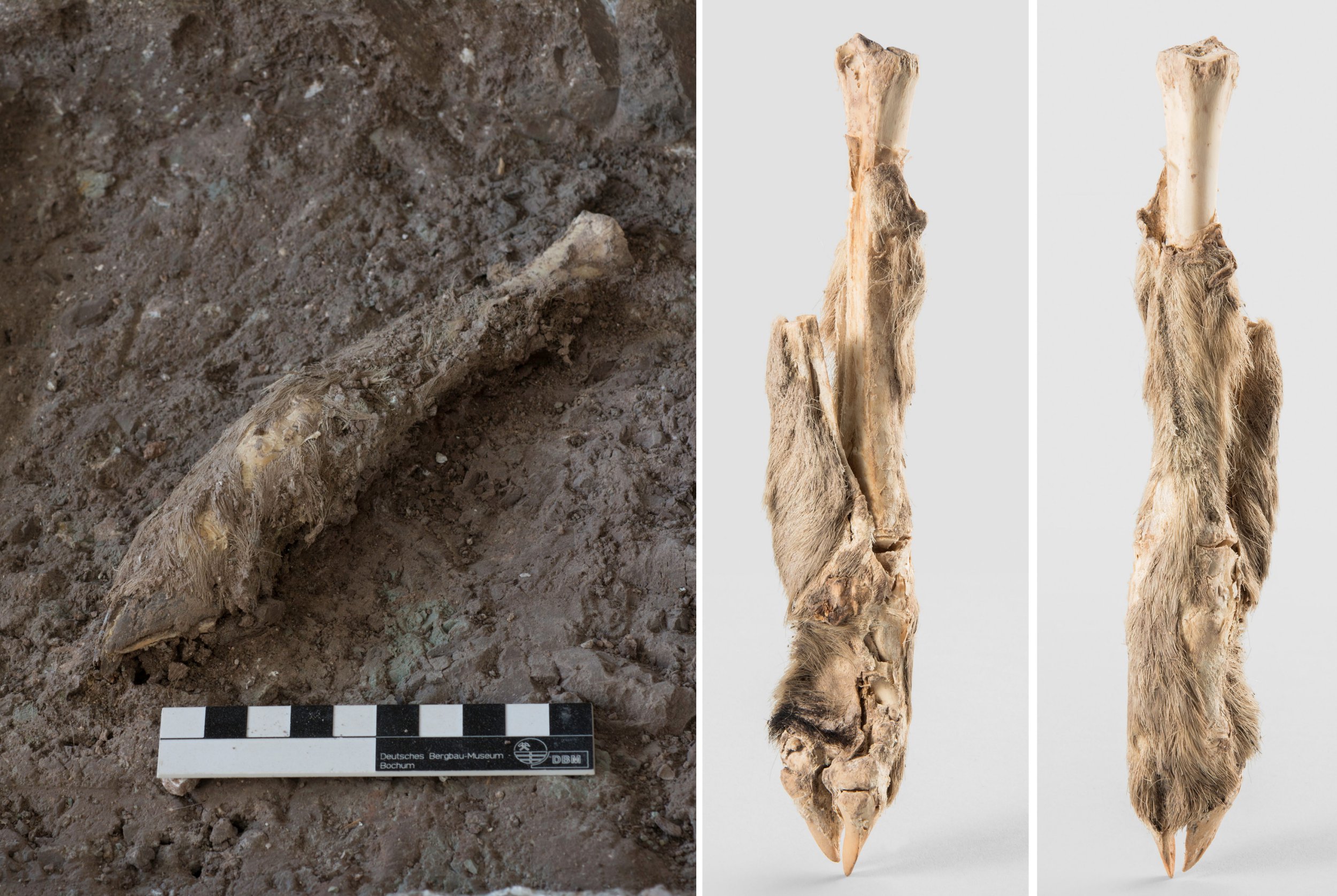 A team of archaeologists have discovered a 1,600-year-old mummified sheep inside an ancient Iranian salt mine.

It sheds light on animal husbandry of the time and also the way in which mummification can affect the degredation of DNA.

The salt mine, located in the village of Chehrābād, is known to preserve biological material. The same mine has also produced human remains, naturally mummified by the salt-rich environment.

The mummification process occurs when water is removed from a corpse, preserving soft tissues that would otherwise be degraded.

The research team, led by geneticists from Trinity College Dublin, exploited this by extracting DNA from a small cutting of mummified skin from a leg recovered in the mine.

While ancient DNA is usually damaged and fragmented, the team found that the sheep mummy DNA was extremely well-preserved; with longer fragment lengths and less damage that would usually be associated with such an ancient age.

‘Mummified remains are quite rare so little empirical evidence was known about the survival of ancient DNA in these tissues prior to this study,’ said Conor Rossi, Ph.D. candidate in Trinity’s School of Genetics and Microbiology, and the lead author of the findings, which have been published in the international, peer-reviewed journal Biology Letters.

‘The astounding integrity of the DNA was not like anything we had encountered from ancient bones and teeth before.

‘This DNA preservation, coupled with the unique metagenomic profile, is an indication of how fundamental the environment is to tissue and DNA decay dynamics.’