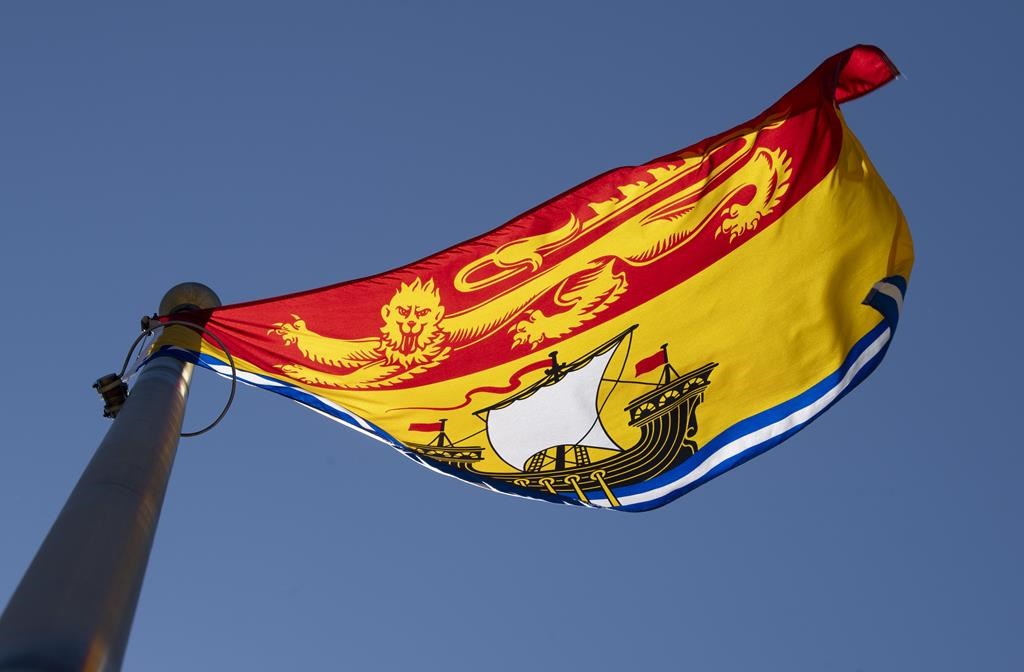 Cold and flu season has brought an uptick in respiratory infections, impacting communities, schools and hospitals across the province, as well as the New Brunswick legislature  – a number of lawmakers exhibited symptoms over the past week.

Sitting days have been punctuated with coughs, scratchy voices, absences and an increasing number of masks. One member estimated about half a dozen of the 46 total MLAs were wearing masks Friday, a larger amount than commonly seen on sitting days since the legislature returned in October.

Shediac-Beaubassin-Cap-Pele MLA Jacques Leblanc has been one of those fighting through a raspy voice while trying to speak in the house over the last week. He says he had the flu for about two and a half weeks and was beginning to feel better Friday.

He wore a mask for most of the week in an effort to protect his colleagues. Leblanc said the overall health inside the assembly right now is “concerning” and a fair representation of what is happening in many community spaces across the province.

Leblanc says it may be time for a return to masking in public indoor spaces.

“We should be more concerned about protecting ourselves and protecting others, the community, the most vulnerable,” he said. “We need to be sensitive right now.”

Masks will still be mandatory in N.B. Legislature despite lifting of public mandates

A handful of ministers have sounded ill, or missed days entirely over the last week. Those who are sick have donned masks while in the legislature and speaking with reporters.

Finance minister Ernie Steeves seemed to struggle at times during his capital budget speech on Tuesday afternoon, before missing the next two sitting days. Premier Blaine Higgs was also out sick for the entire week before returning on Friday.

That led to justice minister Ted Flemming having to rise in their places during question period on Wednesday when Liberal finance critic Rene Legacy began asking how much inflation had impacted the growth in the province’s capital budget.

“I’m called upon to answer today. It’s kind of like being fire chief for a day, you weren’t expecting the bells to go off,” Flemming said.


Health minister Bruce Fitch wore a mask at various times during the week and said he has been encouraging his caucus colleagues to wear one when feeling under the weather.

“I know there’s been an upsurge in flu season, it’s earlier and more intensive, so we hope people will take caution and take care and get better soon,” he said.

Asked if he felt comfortable being around a number of unmasked colleagues, Fitch joked that he was more worried about the wild gestures of his seatmate, natural resources minister Mike Holland, during question period Friday. He said it’s ultimately up to each individual if they choose to mask or not, but most who are sick are doing so.

The rise in respiratory illness also has opposition parties pushing for public briefings from public health about the current situation and what people should be aware of, particularly as emergency departments continue to be jam-packed.


During question period Thursday education minister Bill Hogan argued that people already know what they need to do.

“Frankly, I don’t understand after two years of the pandemic, why we still have to tell people how to protect themselves,” he said.

Opposition leader Rob McKee said the rise in illnesses within the legislature mirrors the trends in the greater community. He was particularly struck by the prevalence of respiratory infections after returning home to his family in Moncton after spending the week in Fredericton.

“It really hit me when I went home that Friday how many kids in my children’s classes were sick. Full classes, full hockey teams being sick. It’s a real problem” he said.

“We’re seeing it in the legislature, there’s a number of people fighting illnesses, and its a reflection of what’s going on in society today and that’s why there’s been an emphasis on public health and what government is doing, what public health is doing going into the holiday season.”

She says she makes that decision based on current trends for COVID-19 and respiratory illnesses in the community and continues to rely on what has been referred to as the “swiss cheese” approach by public health.

“We know that masks protect ourselves, we can protect our families and our communities. That hasn’t changed, even though masks, unfortunately, became politicized,” she said.

“We know handwashing works, we know masks work as well.”

“I’ve tried to think of that swiss cheese approach that public health was talking about for a long time about having multiple layers of protection.”

What is the ‘Swiss cheese model’ and how can it apply to coronavirus?

Others feel that the current wave of influenza symptoms hitting the legislature isn’t that much of a departure from cold and flu seasons prior to the emergence of COVID-19.

“There’s some scratchy throats and voices on both sides (of the house),” said transportation and infrastructure minister Jeff Carr. “Not unlike when I think back to before COVID when we had flu and cold seasons and some people were less ill or more ill.”

And while a return to blanket masking protocols inside the legislature seems unlikely, Fitch says he encourages the broader community to take precautions in order to take some of the steam out of the spread of cold and flu viruses that are having knock-on effects through the health-care system.

“I would encourage them to get the list, get familiar with the list (of protective measures) and again, follow those rules, especially if they’re feeling ill,” he said. “I can’t stress that enough, because it is causing sickness within the health-care system which is causing a shortage of staff and we know that is causing backlogs in the emergency rooms and whatnot.”

“I can’t stress that enough, how important it is to follow those guidelines.”

0:35
Canadians ‘frustrated and frightened’ by strains on health-care system: Freeland