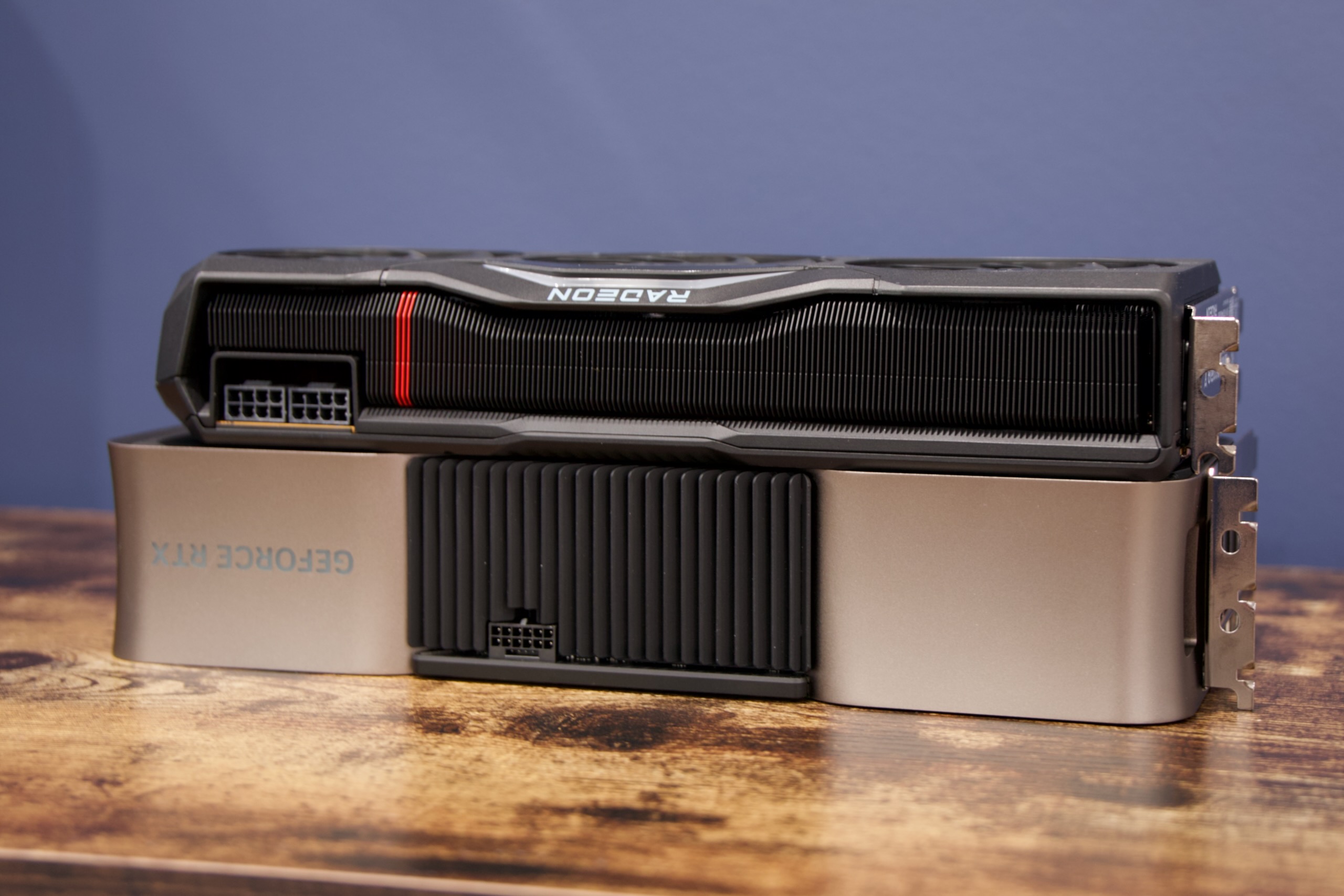 AMD’s next-generation Radeon RX 7900 XTX and 7900 XT graphics cards launch next week on December 13. Powered by the chiplet-based RDNA3 architecture, these $999 and $899 GPUs will compete with Nvidia’s $1,200-and-up RTX 4000-series and will attempt to address some of the shortcomings of the outgoing RX 6000-series (lackluster real-time raytracing performance, for one).

One thing you’ll notice about the cards—and one that may please people building in smaller cases—is that the cards are considerably smaller than current RTX 4080 and 4090 GPUs, and they don’t use the 12VHPWR connector that has given Nvidia some trouble.

We can’t say anything about whether the cards’ performance is larger or smaller than the RTX 4080’s until our review runs next week. But in the meantime, we can show you that the 7900 XTX (and the even smaller 7900 XT) are next-gen GPUs that will fit into most of the same cases as current-gen GPUs.

Neither GPU uses a two-slot fan and heatsink, but they do stick to 2.5-slot coolers that are similar to the ones used for the 6900 XT series and plenty of partner cards. And power continues to be supplied by a pair of 8-pin plugs, so you don’t need to worry about adapters or running additional wires if your PC is already set up to provide power this way.

Of course, it doesn’t matter if the Radeon cards are smaller if they can’t keep up with the 4080 or 4090—we’ll be looking at performance, heat, and power efficiency in more depth when our review goes live next week.