AMD’s FSR 2.0 debut, while limited, has upscaled our GPU hopes 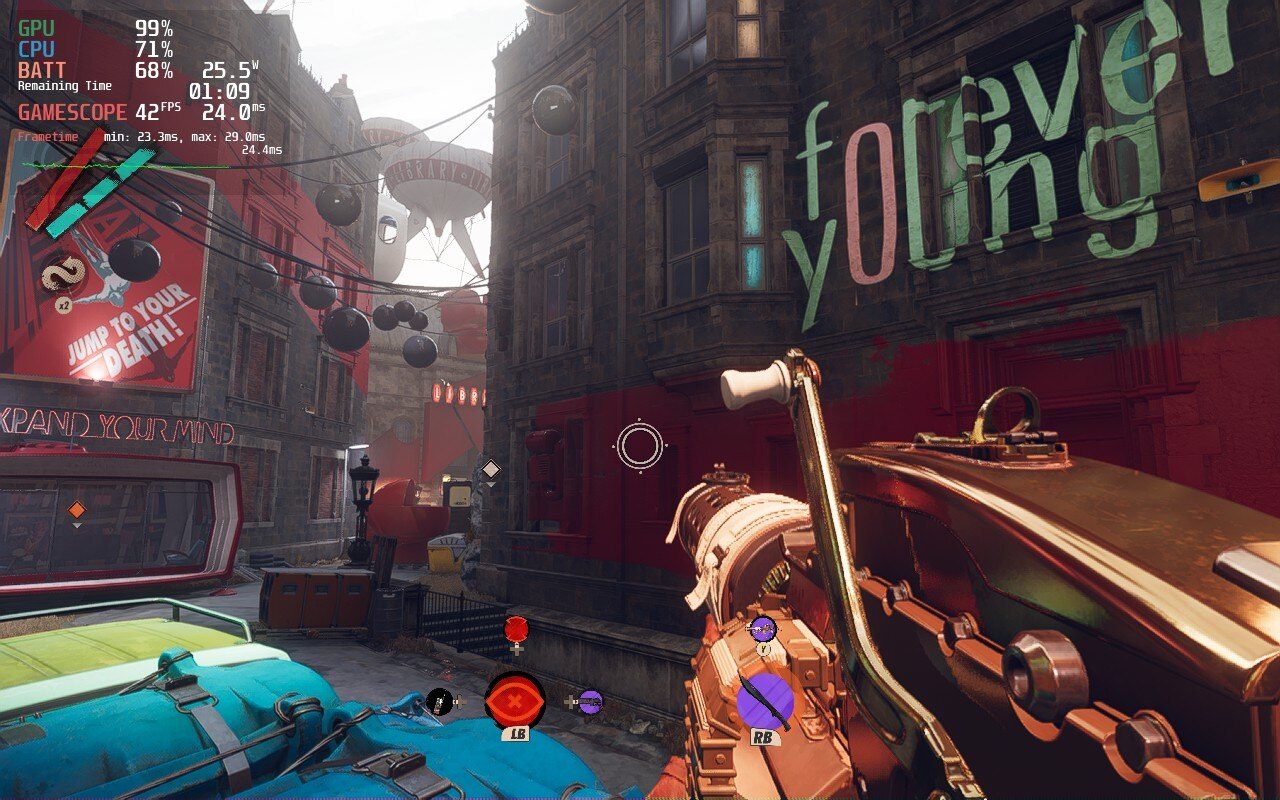 Out of all the battles between graphics card manufacturers, the fight over image upsampling and reconstruction is the most interesting to follow, mostly because more gamers can actually take advantage of the results. This week, that battle has become even hotter, thanks to AMD finally landing a considerable blow.

Despite only working on one game as of press time, AMD’s new FidelityFX Super Resolution (FSR) feature finally passes the sniff test that its “1.0” version flunked last year. This week’s updated “2.0” version works on a larger number of GPUs in the wild than Nvidia’s comparable option, and it lets players get closer to good-enough pixel counts when running on 1440p or 4K panels. But the caveats in play leave us viewing the results as good news for older or mid-range GPUs rather than the solution to the supply issues everyone is facing.

A brief explainer on Nvidia DLSS and AMD FSR

Image upsampling, as delivered by the likes of Nvidia and AMD, can take a game with a smaller pixel resolution and intelligently blow it up to fill popular screen resolutions like 1080p, 1440p, and 4K. If these systems work as advertised, they’ll produce something comparable to raw pixels—or sometimes look sharper since they also include an anti-aliasing pass to remove “jaggies” and other visual defects.

The rollout of Nvidia’s deep learning super-sampling (DLSS) in 2018 came with asterisks, however; it required newer “RTX”-level GPUs, made only by Nvidia, and leaned on dedicated rendering cores. Nvidia’s sales pitch at the time centered on machine learning. After running bazillions of 3D game-rendering scenarios, the company came up with a number of crisscrossing formulas to predict which pixels in your video games to draw next. The resulting formulations, run on RTX GPUs, could spit out remarkably accurate guesses in real time, making games look quite good without adding button-tap latency as a trade-off. Why should your game render the entirety of a 4K-resolution scene, Nvidia essentially asked, if our machine learning model can interpret something closer to 1080p and blow it up larger with incredibly high accuracy?

Nvidia’s model also drew upon temporal information, which one of the most popular anti-aliasing solutions, temporal anti-aliasing (TAA), already does. When AMD finally showed up with its FSR system in 2021, however, its calculations didn’t account for things like motion vectors and the likely direction of player movement. The initial results looked less like an intelligent upscaling system and more like a mix of pixel-doubling and unoptimized anti-aliasing (honestly, not much better than the “checkerboard” rendering seen in many PS4 Pro games).

That “FSR 1.0” model improved somewhat over the past year, enough to make it an occasionally recommended toggle to get weaker PCs to run compatible games more reliably, but the feature never aimed to be better than DLSS. Rather, it worked on far more PCs—and even on AMD’s competitors, scaling down to as low as Nvidia’s GTX 1000 and 1600 series. (That’s great news for owners of the GTX 1060 since it’s not at the “RTX” level that DLSS demands, and the card has consistently topped the Steam Hardware Survey charts.)

Hands-on with a single, power-limited scenario

This week, after shipping three new GPUs to retailers, AMD and Bethesda rolled out the first working version of a teased-for-months update to FSR. And there’s good news: If you have a compatible GPU that doesn’t work with DLSS, the new FSR 2.0 system makes its single compatible game, the 2021 shooter Deathloop, run faster and clearer than either FSR 1.0 or a mix of native pixels and default TAA.

As of press time, my tests have been limited to the incredibly pixel-lite Steam Deck, whose screen maxes out at 1280×800 pixels. I still thought it made for a solid testing scenario. Gaming on the Deck requires regular fiddling with settings to draw as much performance from its 15 W power maximum as possible, and if FSR 2.0 runs into any real-world performance brick walls, a power-limited portable with a small screen would likely expose them. Even better, since the Deck runs on AMD’s RDNA 2.0 architecture, it’s compatible!

Currently, FSR 2.0 comes with three default options—”quality,” “balanced,” and “performance”—and each changes the base pixel resolution that AMD upscales from (67 percent, 59 percent, and 50 percent, respectively). Even at “performance,” which brings down the source pixel information significantly on an 800p panel, FSR 2.0 reliably gets the job done on an image basis. At FSR 2.0’s lowest “performance” level, shimmering and other artifacts begin to appear, but they pale in comparison to the worse-than-Switch fuzziness seen in the game’s FSR 1.0 option, which remains accessible in the menus (arguably so that AMD can show off how far its model has come).

The results are even better on a visual level when either “balanced” or “quality” modes are enabled, and each resolves previously “tricky” content like the aliasing-heavy covers of metal grates or the fine pixels on swaying foliage. More importantly, the new model’s ability to interpret temporal information is best showcased when moving around—you know, the thing you do in video games—which isn’t easily conveyed in static screenshots.

Yes, FSR 2.0 looks better than FSR 1.0 when you stand still and keep your camera fixed on a point long enough for each model to interpret lower pixel counts. But FSR 2.0 really shines as enemies move into and out of your view or players crouch slowly and look at words floating as mid-air hallucinations—or even when weather effects like rain and snow fill your view. DLSS’s earliest version struggled with video game precipitation in games like Death Stranding, though its updated versions eventually corrected this issue.

Tests are good for AMD—but leave DLSS in the lead

In my anecdotal Deck tests, average frame rate gains in Deathloop‘s “balanced” FSR 2.0 mode are noticeable, jumping from a 38 fps average to 45 fps. That 18 percent count is significant! But it’s roughly the same as the Deck’s 16 percent jump for “quality” and 20 percent jump for “performance.” This could be due to a number of factors on a constantly in-flux platform like the Deck, but the biggest is arguably that the Deck’s hardware is forced to split its low-power maximum between the GPU and CPU. The notoriously CPU-bound performance of Deathloop can lead to significant stutters, even with FSR 2.0’s gains in play.

Looking at desktop-test benchmarks in the wild, particularly Hardware Unboxed’s careful and equalized tests across various GPU generations, we see a few trends emerge. First, FSR 2.0 turns up lower performance gains than FSR 1.0 on average, and indeed, AMD has indicated that its newer upscaling model comes with a fixed rendering cost. That’s less intensive on GPUs than rendering native pixels, of course, and it still includes noticeable performance gains worth the toggle, but its smarter interpretation of temporal and color information doesn’t come for free.

There’s also the matter of Nvidia DLSS still working more efficiently and looking better in motion than FSR 2.0 on compatible cards, even if AMD has narrowed the gap. DLSS has reached a point where it can find typical gaming elements in incredibly low pixel counts, particularly power lines, then reconstruct them as objects in full pixel resolutions as high as 4K. FSR appears to leave some gaps in interpreting some of this thin-pixel kind of content. AMD still needs to do more work on this front before it can be considered a true option for getting weaker GPUs to run modern games at 4K resolution.

From what we’ve seen thus far, FSR 2.0’s ability to upscale to 1080p and 1440p is where the AMD money is at, and the results are certainly comparable to DLSS upscaling in Deathloop. Again, the massive population of GTX 1060 owners should be ecstatic about that news. AMD is taking care of Nvidia’s long-in-the-tooth GPU owners there.

Will FSR 2.0 keep its cool while on grass?

At this point, the real question is exactly how well FSR will scale outside of Deathloop‘s specific traits: its first-person perspective; its small, tight cities; and its high-contrast, saturated-color art style. Will FSR 2.0’s rendering wizardry look as good while driving a virtual car or when seen in third-person perspective, across a foliage-lined landscape, or pumped full of more organic colors and constructions? Or is this where the FSR 2.0 model will begin coughing and stuttering as it tries to intelligently process wooden bridges, prairies full of swaying grass, or level-of-detail pop-in of elements on the horizon?

At the moment, at least, AMD’s moves are not only generous to gamers across both mainstream GPU families. They’re also a clever sales pitch for AMD going forward. Sure enough, gains for FSR 2.0 performance on newer RDNA and RDNA 2 GPUs, even going back to the Vega 64, surpass the ones you’ll find on older AMD cards or on Nvidia’s GPUs across the board. We’ll be curious to see whether those performance gaps change as more games are upgraded to FSR 2.0 compatibility—and the system’s open source nature will arguably engender more adoption. Still, smart GPU shoppers will notice that each standard gets an edge on its native GPUs, and even FSR 1.0, which has been out for over a year, has catching up to do compared to DLSS penetration.

What was once Nvidia’s sole, dominant domain is now feeling a little more open, which is good news for hardware owners across the board. Performance and image-quality test results will only get more interesting as AMD FSR 2.0 appears in more games and as more hardware-agnostic temporal upsampling systems roll out, particularly in the relatively new Unreal Engine 5. Plus, what’s good for PC GPUs is great for console SoCs, with AMD (PS5, Xbox Series X/S) and Nvidia (Nintendo Switch, and who knows what else) each potentially contributing to home consoles doing more with fewer pixels.

A Ukrainian court sentenced a Russian soldier to life in prison on Monday for killing an unarmed civilian in the first war crimes trial...
Read more

WhatsApp will soon stop working on some older iPhones

Older models of iPhone will no longer be able to run WhatsApp later this year (Credits: Getty)WhatsApp is set to stop working on older...
Read more

Tranch, a startup providing buy now pay later (BNPL) services for software sellers, has emerged from stealth and raised £3.5m in a pre-seed round...
Read more

Alien civilisation like us ‘extremely rare’ in the universe, says Brian Cox

How to watch AMD, Nvidia, and Microsoft’s Computex 2022 keynotes

Computex is just hours away and will feature keynotes from some of the biggest names in tech, including AMD, Nvidia, and Microsoft. There will...
Read more