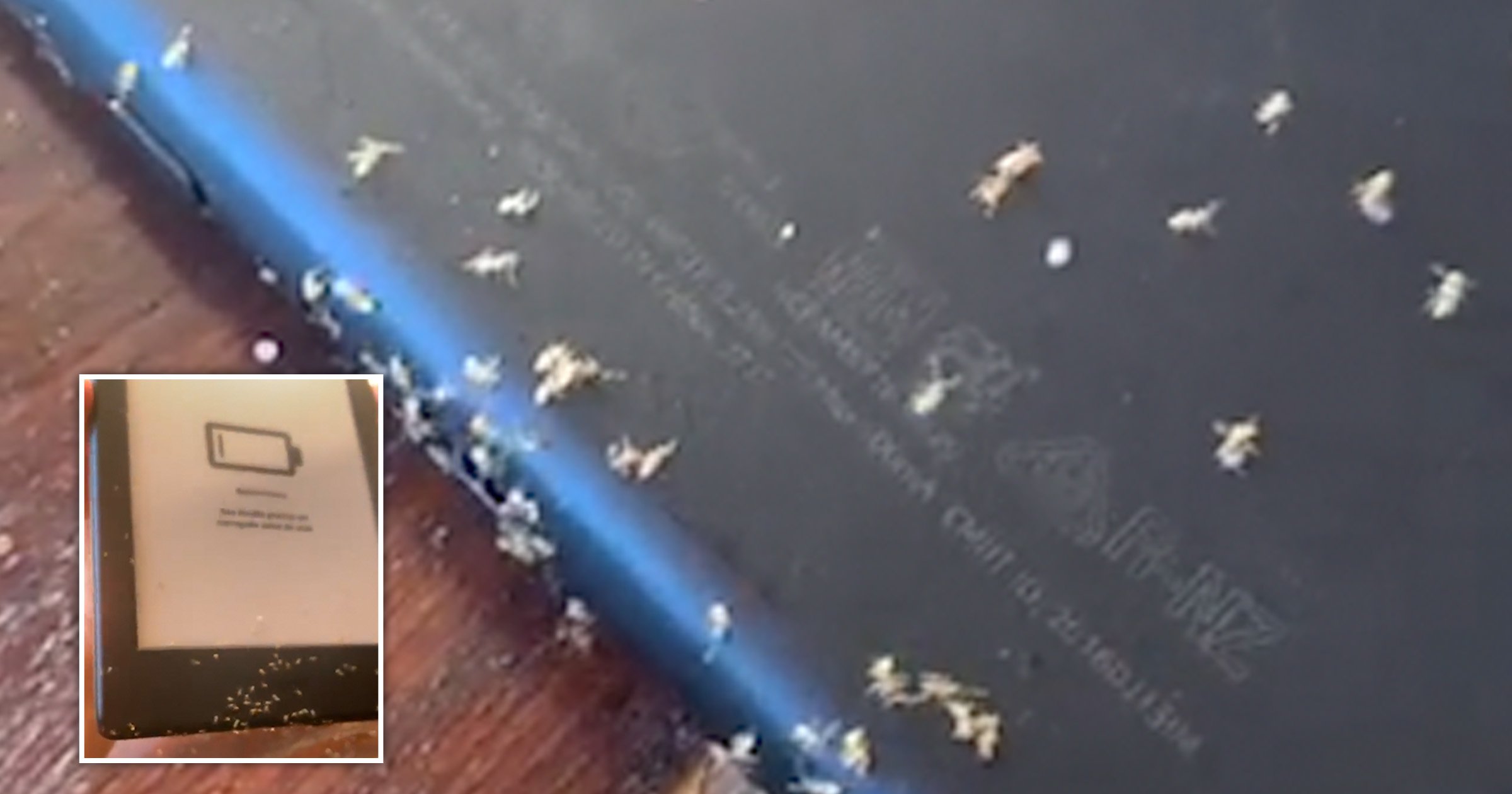 We’ve all heard the expression bookworm, but perhaps bookant should be more appropriate.

A woman in Brazil has reported finding her Amazon Kindle e-reader infested with ants. Who seemingly went on to make a few book purchases on her behalf.

Mariana Lopes Vieira, a journalist from Brasilia, shared a video of the insects crawling around over her device.

In a blog post, she explained that she’d put her Kindle down for a few weeks while she opted for a physical book. When she picked the gadget back up again, she found book-loving ants had got in through the charging port and made a nest inside.

‘My virtual library had become a nest,’ she wrote.

‘I was desperate! I have several digital books, many of them are sold out titles in the physical edition, I thought it was gone.’

Assuming the device had been rendered unusable, she put it to one side.

Which is probably where it would have stayed, except Mariana then got an email from Amazon thanking her for her purchase.

The email confirmed she had purchased science-fiction classic ‘Robots and Empire’ by Isaac Asimov through the one-click payment option activated on her Kindle.

Mariana says she tried to contact Amazon to explain there had been a mistake.

But before the tech giant could reply, she got another email thanking her for buying ‘O anel de Giges: Uma fantasia etica’ (The ring of Gyges: An ethical fantasy) by Brazilian economist and author Eduardo Giannetti.

As she tried to disinfect the device with cloves and rice, she told the story to her friend Fabiane Guimaraes. Fabiane posted the saga on Twitter and, naturally, went viral.

She wrote: ‘A friend of mine is going through a most unusual situation: her Kindle has been invaded by ants. They made a nest in the little hole for the charger. But that’s not the worst, the worst thing is that the ants are buying books. She doesn’t know what to do.’

The post quickly gathered tips on how to fix the broken device.

As suggested by one netizen, Fabiane decided to put her Kindle in the freezer, which, she claims, did the job.

She said: ‘So far, no new books have been purchased. I’ve turned off one-click purchase. Maybe I’ll read the titles chosen by insects.’

Metro.co.uk has approached Amazon for comment and we will update this article when we receive a response.

‘The White Lotus’ Episode 6: Who’s in the Mysterious Photo Tanya Picks Up – CNET

Since a waterlogged corpse floated in during the first episode of The White Lotus season 2, fans have been following along to see if they can...
Read more