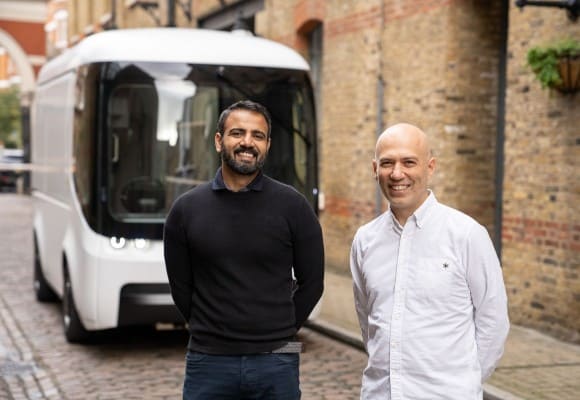 Within Asia, the country investing most heavily in UK tech is Japan. Other active investors from the region include Singapore, Hong Kong, Malaysia and China. However, Japan’s dominance of Asian investment flows to the UK has become weaker in the last five years, as investors in other countries have backed investment opportunities here.

The increase in Asian investments matches wider investment trends across the country. Already, venture capital investment in the UK has reached £12.3bn in the first half of 2021, compared to £10.8bn for the whole of 2020.

At the time of writing, there are now 577 UK startups with Asian investors, we take a look at the 10 of them which got the most.

In March 2021, Arrival secured around $659 million (nearly £475 million) investment from a slew of investors including BNP Paribas, Wellington Management, BlackRock, Fidelity Investments, and CIIG Merger Co. Also, the company is now valued at £10 billion and made its debut on the New York Stock Exchange.

London-based leading global payment solution provider Checkout.com is one of the most valuable fintech companies in the world. The fintech unicorn empowers businesses to adapt, innovate and thrive with Connected Payments, which makes payments seamless and provides flexible solutions.

As online food delivery is booming right now amidst the pandemic crisis, several businesses in this sector are growing. London-based Deliveroo, an online food delivery giant founded by Will Shu and Greg Orlowski in 2013 is one such company gearing up to expand its presence globally.

In January this year, Deliveroo picked up $180 million (nearly £130 million) in a Series H funding round, which valued the company over $7 billion (nearly £5 billion). The funding round was led by existing shareholders Durable Capital Partners LP and Fidelity Management & Research Company LLC.

British unicorn Cazoo makes buying and selling cars online as easy as other products. The company is a pioneer that took car buying online in Europe. The company has delivered over 20,000 cars to consumers across the UK and assures them transparency and convenience of buying quality used cars directly from their homes.

Established in 2018 by Alex Chesterman, Cazoo bagged $1.6 billion (nearly £1.16 billion) including $805 million in a cash trust from the SPAC and another $800 million from Ajax’s sponsors. The round was led by AJAX sponsors and D1 Capital Partners and joined by new and existing investors including Altimeter, funds & accounts managed by BlackRock, Counterpoint Global (Morgan Stanley) and Fidelity Management and Research Company LLC, Marcho Partners, Mubadala Capital, Pelham Capital, Senator Investment Group and Spruce House Partnership.

Based out of Manchester, The Hut Group is an e-commerce company. It is an online retailing platform focused on fast-moving consumer goods, specifically focused on health and beauty. THG operates more than 160 websites that sell premium products across 140 markets.

In May, SB Management, a wholly-owned subsidiary of Japanese investment giant SoftBank Group Corp, acquired a stake worth $2.33 billion (nearly £1.6 billion) in the company founded by Matthew Moulding and John Gallemore in 2004.

In an era when the convenience of digital banking is on the rise, London-based Starling Bank has become the fastest-growing bank for small and medium-sized enterprises in Europe. Founded in 2017 by Anne Boden, Starling Bank has over two million current accounts including 350,000 business accounts.

Earlier this year, the UK digital bank pocketed £322 million in an oversubscribed Series D funding round, which took its valuation to over £1.1 billion. The investors that took part in the round include Goldman Sachs, Fidelity, Qatar Investment Authority, RPMI Railpen, Millennium Management and Chrysalis Investments.

Similar to Cazoo, Farnham-based Cinch also works in the online B2C marketplaces for used cars in the UK. Its mission is to make it easy to buy cars online. As per the company, it has shifted over 45,000 cars since its debut in 2020.

Currently, the crypto market is at its cutting-edge and several startups are taking advantage of it. One such London-based company is Blockchain.com, which offers a platform to buy, hold, and use cryptocurrency. Founded in 2011 by Peter Smith, Ben Reeves and Nicolas Cary, it is one of the fastest-growing crypto companies from the UK.

In March this year, the UK company picked up $300 million (nearly £217 million) in a Series C funding round from Lightspeed Venture Partners, DST Global, Baillie Gifford, and Vy Capital.

London-based Zego is an insurtech company founded in 2016 by Harry Franks and Sten Saar. The commercial motor insurance company combines advanced technology with multiple data sources to offer insurance products and lets businesses save their time and money. Also, Zego offers a range of cover options from flexible pay-as-you-go insurance to annual policies.

In April 2021, Zego became the first insurtech unicorn in the UK with $150 million (nearly £108 million) Series C funding in a round led by DST Global along with other new investors including General Catalyst. Also, existing investors – Transferwise founder, Taavet Hinrikus, and Zego’s board, Target Global, Balderton Capital and Latitude, amongst others, took part in the round.

13 new movies and TV shows coming to Netflix, Disney Plus and more in July 2022

Audio player loading… Happy summer (sorry, southern hemisphere-dwellers), gang! The warmest season of the year may have finally arrived north of the equator, but...
Read more

Police killed Jayland Walker, a Black man in Ohio, by shooting him dozens of times as he ran from officers following a traffic stop,...
Read more