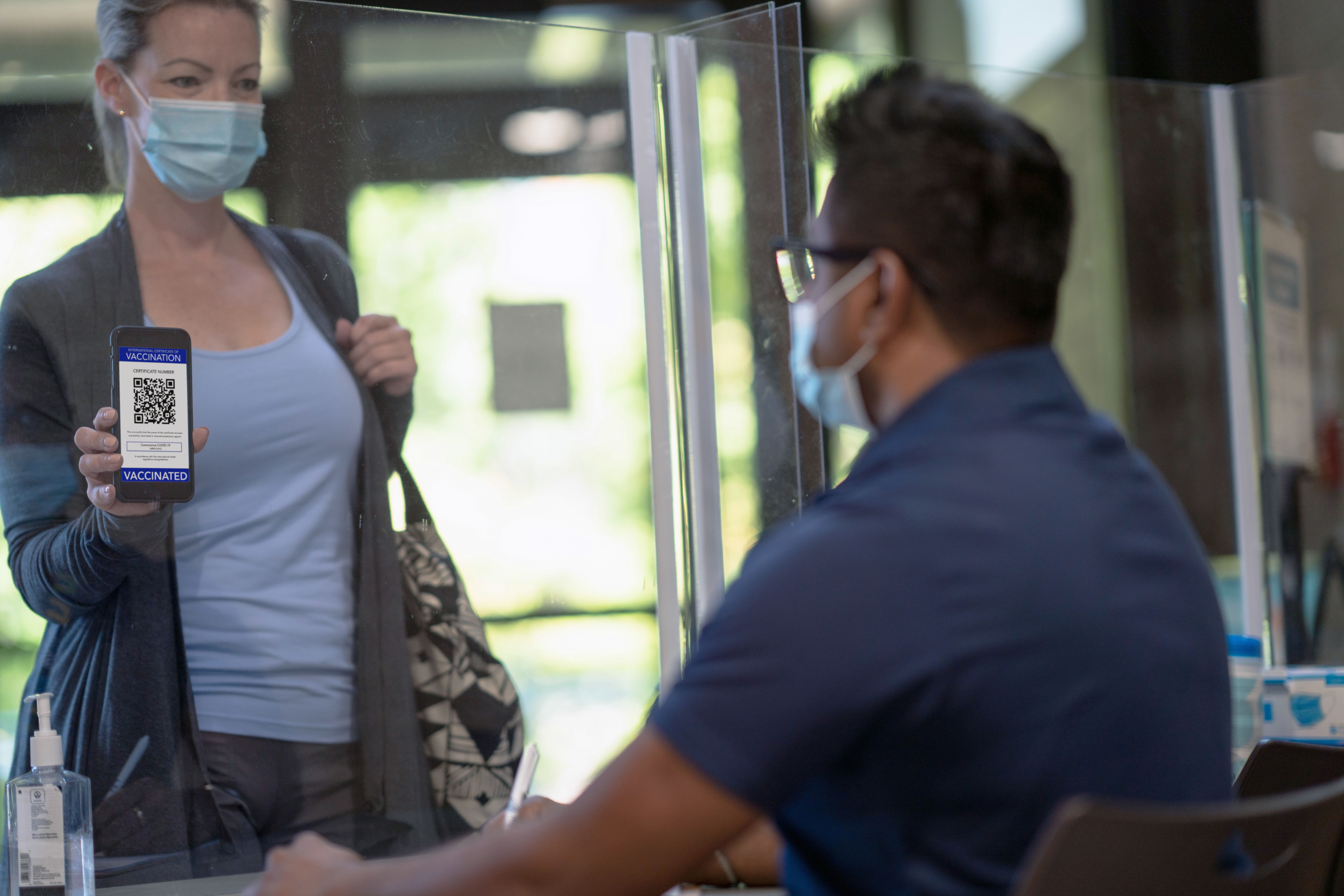 Multiple tornadoes ripped through the central U.S. Friday night, leading to at least two deaths and trapping dozens more inside damaged buildings in several states, according to local reports.

The deaths, one each in Arkansas and Missouri, occurred amid a slew of tornado warnings that the National Weather Service also issued for parts of Tennessee, Mississippi, Kentucky and Illinois.

The agency’s Storm Prediction Center had warned earlier Friday at least 17 million people in the region were at risk of severe weather, including tornadoes, as a system sweeps through the region overnight.

In Arkansas, one person was killed and five more seriously injured after a tornado damaged the Monette Manor Nursing Home in the small city of Monette. At least 20 others were trapped inside the building, which houses 86 beds, officials told local media.

“It looks like it’s pretty much destroyed,” Day told the Associated Press when asked about the building’s condition.

“… It happens quick but apparently there was a little bit of time with tornado sirens going off.” Some residents were found in the basement “and were prepared for this,” he said.

Staff at the local news station, Region 8 News in nearby Jonesboro, Ark., were soon forced to seek shelter as the storm hit nearby.

1/2:This is the damage at the Monette Manor Nursing Home in Monette after a violent and dangerous tornado. We’re being told this is a “mass casualty event”. The threat is still not over. Stay tuned to @Region8News. We will stay on the air as long as we need. #arwx pic.twitter.com/wCyPgt2nO6

Day said another nursing home in Truman — just south of Monette — was badly damaged but no injuries were reported. The residents were evacuated because the building was deemed unsafe.

Reports also said the local fire department had been damaged.

In rural St. Charles County, Missouri, one person died and two others were injured when buildings collapsed near the town of Defiance. The National Weather Service office in suburban St. Louis confirmed the death, but no further information was immediately available.

In Edwardsville, Ill., just outside St. Louis, multiple people were reported trapped inside an Amazon distribution centre whose roof had partially collapsed. One official told KTVI-TV that up to 100 people were believed to be in the building, working the night shift, at the time of the collapse.

A photo in the St. Louis Post-Dispatch showed a large portion of the wall and roof of the massive Amazon warehouse completely collapsed.

At least 5 dead after tornadoes rip through Alabama, bring destruction to Georgia

It wasn’t immediately clear if the damage to the Amazon warehouse was caused by straight-line storms or a tornado, but a large tornado was reported in the Edwardsville area at about the time the building was damaged. The National Weather Service office near St. Louis issued reports of “radar-confirmed tornadoes” in the Edwardsville area.

Workers at the weather service office themselves had to take shelter as another tornado passed near their office in Weldon Spring, Mo., west of St. Louis. That twister was suspected of destroying several homes in the Missouri towns of New Melle and Defiance, leaving at least three people injured, one of them hospitalized with serious injuries. Rescue crews worked into the night sifting through damage to make sure there were not additional injuries.

The collapse came as a strong thunderstorm, and possibly a tornado, ripped through the St. Louis area. Winds of up to 110 kph were reported in parts of St. Charles and St. Louis counties in Missouri. At least three St. Charles County residents were hospitalized and several homes in the area near Augusta, Missouri, were damaged.

#BREAKING: Multiple first responders and crews now on scene in Edwardsville, Illinois, where workers are trapped, some feared dead, after possible tornado hit an @amazon warehouse, leading to a partial roof collapse. pic.twitter.com/KNnevIyPvN

Illinois Gov. J.B. Pritzker said on Twitter that Illinois State Police and disaster officials were coordinating with local officials in Edwardsville, and he was monitoring the situation.

“My prayers are with the people of Edwardsville tonight, and I’ve reached out to the mayor to provide any needed state resources,” Pritzker said.

My prayers are with the people of Edwardsville tonight, and I’ve reached out to the mayor to provide any needed state resources.

Our @ILStatePolice and @ReadyIllinois are both coordinating closely with local officials and I will continue to monitor the situation.

There were also reports of damaged structures and several injuries in Samburg, which sits in the top northwest corner of Tennessee. The fire station there was reportedly among the buildings damaged.

In Kentucky, reports emerged of workers trapped inside a candle factory in Mayfield, while the city’s Main Street reportedly took “a direct hit.”

Sarah Burgess, a trooper with the Kentucky State Police, said there was a shift happening inside the candle factory when the storm hit.

“The entire building is essentially leveled,” she said.

Although no deaths were immediately reported in Mayfield, coroners were summoned to the community, Burgess said.

Photos posted to social media from Mayfield showed uprooted trees, a courthouse steeple sheered off and business windows blown out in the storms.

Gov. Beshear has declared a state of emergency based on major tornado damage in multiple Western Kentucky counties. He has activated the @kentuckyguard and the @kystatepolice. The Governor will be providing an update with @KentuckyEM officials at 5 a.m. EST in Frankfort. 1/2

The Graves County Emergency Management Office says if you live in Mayfield and can walk safely, you should head to Fire Station House 1 at 211 E Broadway street. There will be buses to help transport people. @JackKaneWPSD shared these photos of some of the damage there. pic.twitter.com/YJUQv5HnoD

The National Weather Service had issued a “level four” risk for severe weather for Friday night into Saturday morning — one level below the maximum rating.

—With files from the Associated Press

After four years operating primarily as a logistics marketplace, Egypt’s Voo has rebranded to SideUp and transformed its strategy to offer a complete spectrum...
Read more

‘Yellowstone’ Recap: Beth Gets Into Another Brutal Fight & John Makes Confession About His Kids

View gallery Image Credit: Paramount Network Episode 5 of Yellowstone season 5 begins with another flashback. John is about to head out with Rip...
Read more

Food prices set to rise another 5-7% in 2023 after record inflation year: report

After a year that saw food prices climb by numbers not seen in decades due to record inflation, the cost of groceries in Canada...
Read more