Bats’ brains predict their next move during flight 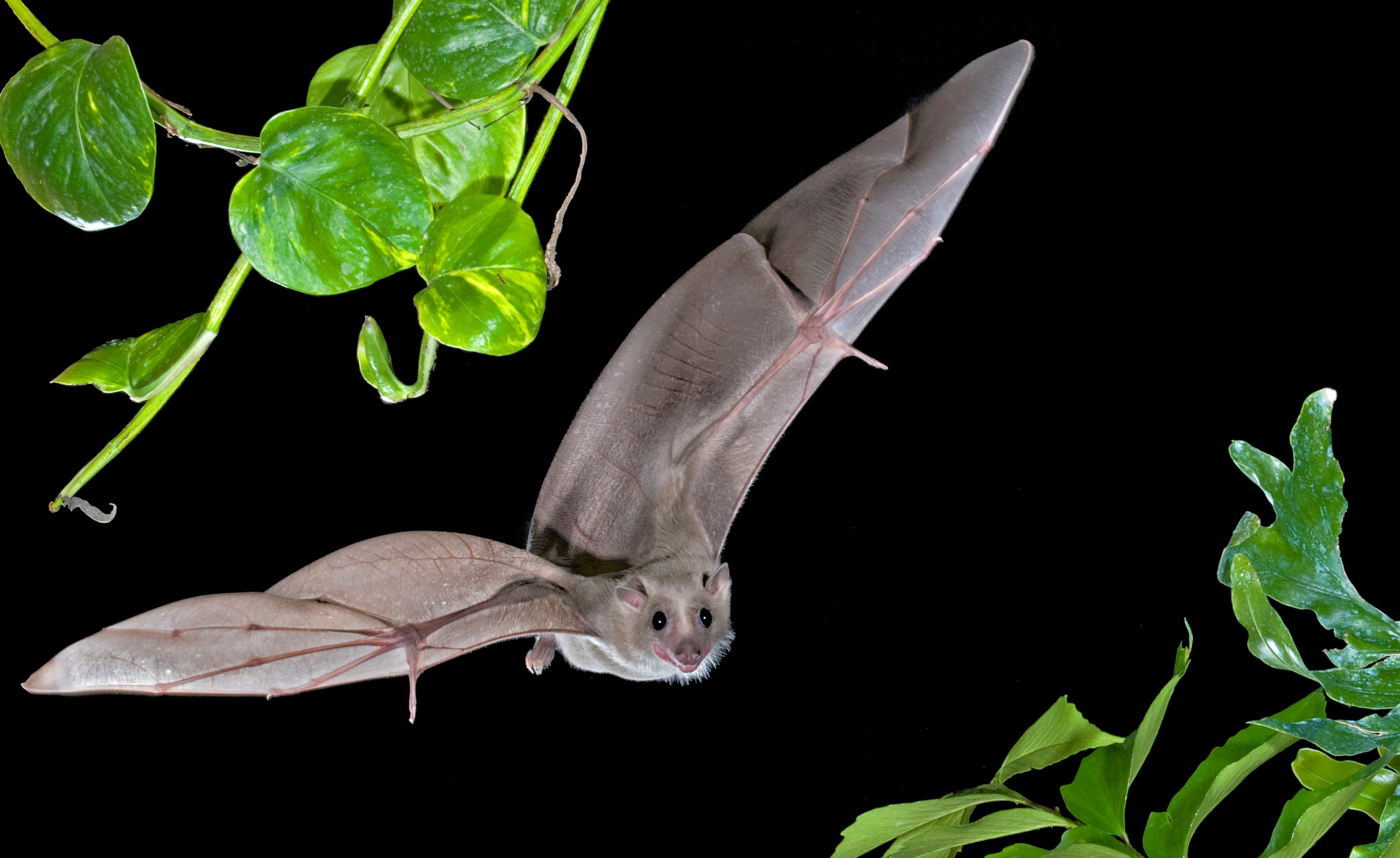 More than a thousand species use echolocation, but after billions of years of evolution, bats’ brains are especially well optimized for navigation.

A new paper released today in Science suggests that as bats fly, special neurons known as place cells—located in their hippocampus, a part of the brain that controls memory—helps them process key navigational information about their position not only in the moment but in the past and future as well.

“The finding is kind of intuitive, because we, at least as humans—we have the capability of thinking about where we’re going to be or where we’ve been,” says Nicholas Dotson, a project scientist at the Salk Institute and the lead author of the study.

Using a combination of wireless neural data loggers and a motion-tracking system made of 16 cameras, Dotson and his coauthor Michael Yartsev, a professor of neurobiology and engineering at UC Berkeley, observed six Egyptian fruit bats in two experiments meant to record bursts of neural activity.

While some of the bats randomly explored a room covered in black foam to minimize acoustic reverberations, others were given a foraging task that involved indoor feeders, and one lucky critter was even tested in both environments.

Through a few markers attached to the bats’ heads and a microdrive that was implanted in their brains, the team was able to see minute temporal shifts in neural activity and record how the bats were interacting with new bits of spatial information.

They found that in both random exploration and during goal-directed navigation, such as in the foraging task, the bats maintained a detailed spatial memory of both the environment and the paths they traveled. The trials also revealed that bats have spatial awareness of their future positions as well.

“We have neurons that are all simultaneously firing, but representing different parts of a larger path,” says Dotson. “So it’s representing the past, present, and the future, not just right now.”

Being able to chart their position through time with this natural GPS system is one of bats’ greatest survival tools, helping them locate food and evade predators.

Different species may weigh the relevance of past, present, and future experiences in different ways, the study notes. In a survival scenario like “monkeys jumping between tree branches or humans driving a car or skiing downhill at high speeds,” for example, future information may be most important for survival.

“The bat must plan both locally in time, and into the future, to be successful in its hunting behaviors,” says Melville Wohlgemuth, a researcher at the University of Arizona’s Batlab. “These are brain processes that are relevant to our lives, as well.”

Examining species other than our own has long been a hallmark of neuroscience, and studying the hippocampus of bats could give scientists more insight into how certain diseases affect our own brains.

For example, learning more about bats could change how we view Alzheimer’s disease—a brain disorder that slowly destroys cognitive functions and memory. Alzheimer’s patients have trouble intuitively navigating new routes or new locations, even when they’ve encountered them a few times.