Bentley reveals Flying Spur Hybrid, its latest in the push towards electric 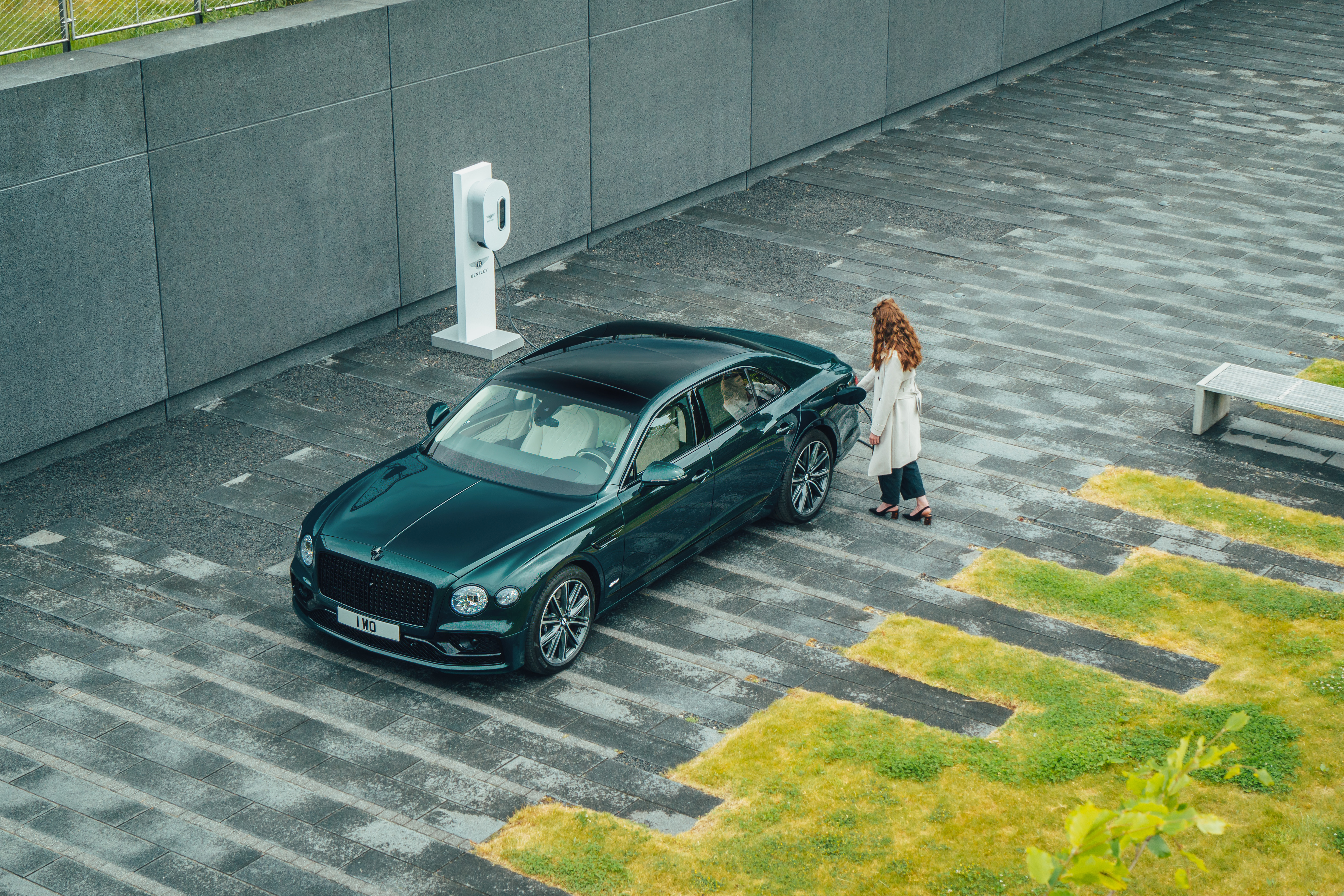 Bentley Motors, the 102-year-old ultra-luxury automaker under Volkswagen Group, revealed its newest hybrid model on Tuesday. The company says this latest iteration of the Flying Spur Hybrid is its most environmentally friendly vehicle yet.

This new model is part of Bentley’s Beyond100 plan to become a carbon neutral organization with an entirely electrified range by 2023 and a totally electric lineup by 2030. That’s a tall order, given the fact that the British company’s first all-electric vehicle is expected come to market in 2025. So far, Bentley only has this hybrid and another, the Bentayga SUV.

Most major OEMs have made such commitments, with Ford, GM, Mercedes, Kia and Nissan already producing electric models. If automakers like Bentley want to reach their goals, their production of electric vehicles will need to increase exponentially, especially if they want to keep up with Tesla, which is currently owning the luxury EV market.

According to a statement released by the company, the new powertrain of the hybrid Flying Spur combines a 2.9 liter V6 engine with an electric motor. The engine achieves 410 bhp and 550 NM of torque up to 5650 rpm, and the motor, which is located between the transmission and the engine, provides up to 134 bhp and 400NM of torque. When combined, the Flying Spur delivers an additional 95 bhp in comparison to the Bentayga hybrid.

The 14.1 kWh lithium ion battery charges in about two and half hours. The Flying Spur can cover over 435 miles when fully fueled, and it can go from 0 to 60 mph in 4.1 seconds, which is nearly the same as the V8 version of the vehicle, at a top speed of 177 mph.

When in the drivers seat, customers can choose between three E modes to manage battery usage. The EV Drive mode is the default when the car is turned on. The hybrid mode relies on data from the car’s intelligent navigation system when the driver is following directions somewhere to predict usage of the different E-modes and engine coasting. The vehicle automatically switches to the right mode for each part of the journey depending on what’s more fuel efficient. For example, EV driving is best when in the city, but the car might engage the V6 engine more on the highway. The third E-mode, hold, balances power between the engine and the battery to conserve electric energy, holding onto it for later use. This mode is usually put in place when the driver selects Sport mode.

The Flying Spur’s infotainment screen shows energy flow, range, battery level and charging information. Bentley will deliver the hybrid with all the necessary charging cables and provides customers with a Bentley-branded wallbox at no extra cost to store the at-home charge unit and cables.

Flying Spur Hybrid is available to order in most markets, but is currently not available in the E.U., U.K., Switzerland, Israel, Ukraine, Norway, Turkey and Vietnam, according to Bentley.

On the same day, Bentley also announced a partnership with single malt Scotch whisky manufacturer Macallan to “develop distinctive collaborations and further their vision of a more sustainable future,” according to a statement released by the company. The point of the partnership was unclear (encourage high-end drinking and driving?), and Bentley did not respond in time to requests for more information, but one somewhat clear outcome of the announcement is a commitment from the Macallan Estate, Macallan’s distillery, to have a fully electric passenger vehicle fleet by 2025. In addition, this year, Macallan will order two hybrid Bentleys for the estate.