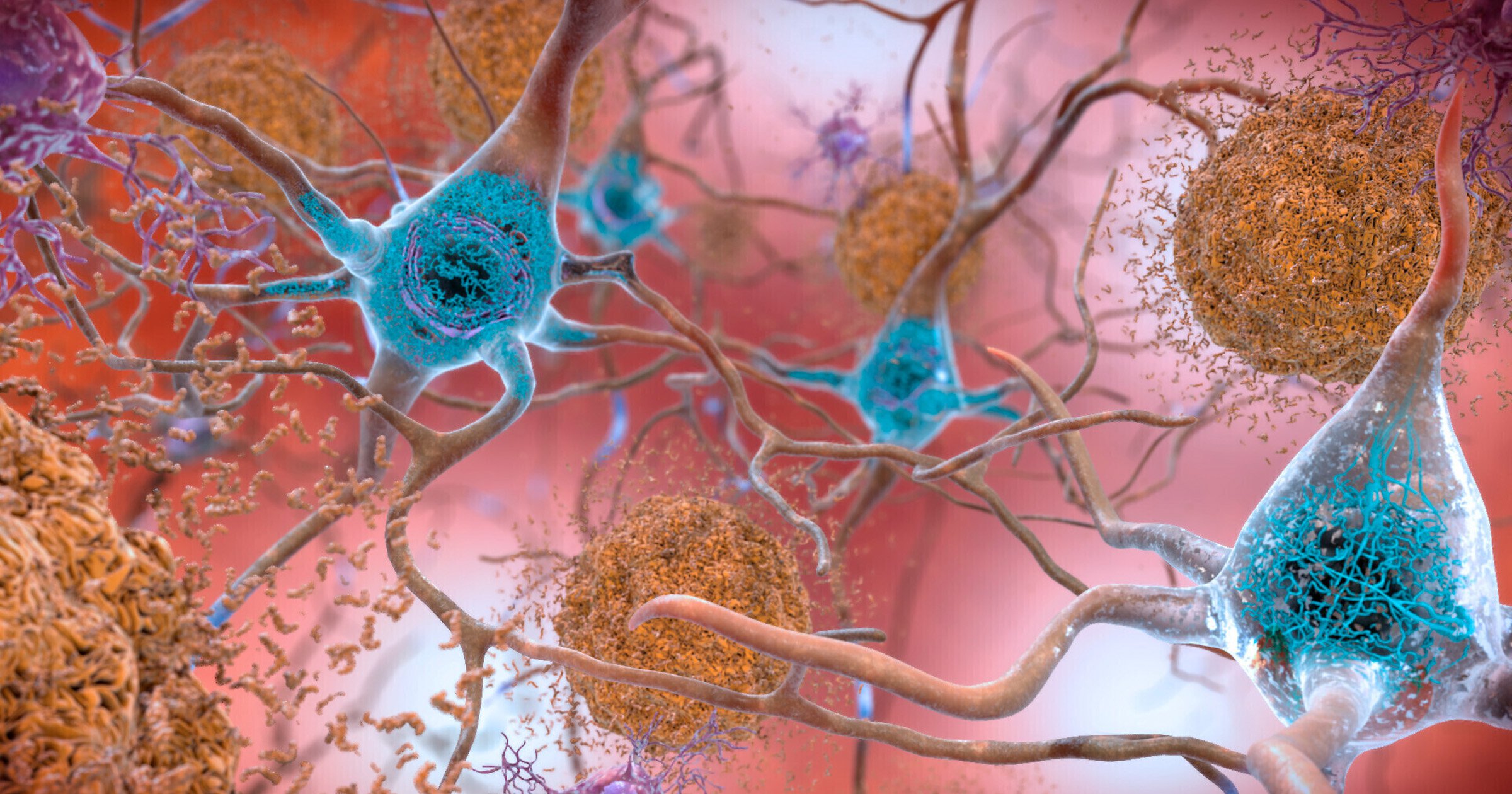 A blood test has been developed that could diagnose Alzheimer’s years before symptoms develop.

The toxic bundles, or ‘oligomers’, form over decades – opening a ‘golden window’ of therapeutic opportunity.

Currently the disease is diagnosed once devastating memory loss and confusion has already taken hold. By that point, it’s too late for drugs that target the cause.

Senior author Professor Valerie Daggett, of Washington University in Seattle, said: ‘What clinicians and researchers have wanted is a reliable diagnostic test for Alzheimer’s disease.

‘One that confirms a diagnosis and can also detect signs of the disease before cognitive impairment happens.

‘That’s important for individuals’ health and for all the research into how toxic oligomers of amyloid beta go on and cause the damage that they do.

‘What we show here is SOBA may be the basis of such a test.’

In a trial of more than 300 people SOBA (soluble oligomer binding assay) detected amyloid beta clumps in the blood of ten who showed no signs of cognitive impairment when it was collected.

All were diagnosed years later with mild cognitive impairment (MCI) – memory problems that can lead to full blown Alzheimer’s.

The results offer hope of medications or lifestyle changes being prescribed when they are most likely to be effective.

They could also offer hope of national screening programs – with older people being checked during routine visits to the GP.

SOBA exploits a unique property of the misfolded amyloid beta proteins which turn into unusual structures known as alpha sheets.

Prof Daggett and colleagues designed a synthetic version that binds to them in either cerebrospinal fluid – or blood.

Their technique then uses standard methods to confirm the clumps attached to the test surface are made up of amyloid beta.

The US team tested SOBA on 310 subjects whose medical records had been made available for Alzheimer’s research.

It detected oligomers in those who died with mild cognitive impairment and moderate to severe Alzheimer’s.

In 53 cases, the participant’s diagnosis of Alzheimer’s was verified after death by autopsy.

The blood samples of 52 of them, which had been taken years before their deaths, contained toxic oligomers.

Those from other individuals who remained unimpaired lacked toxic oligomers.
At the time their blood samples had been taken, all participants were recorded as having no signs of cognitive impairment.

The researchers are working with colleagues at AltPep, the university’s spinout company, to develop SOBA into a diagnostic Alzheimer’s test for oligomers.

They also showed it could easily be modified to detect toxic oligomers of another type of protein associated with Parkinson’s disease and Lewy body dementia.

Prof Daggett said: ‘We are finding many human diseases are associated with the accumulation of toxic oligomers that form these alpha sheet structures.

‘So we hope this method can help in diagnosing and studying many other ‘protein misfolding’ diseases.’

SOBA, described in the journal Proceedings of the National Academy of Sciences, has further potential.

Prof Daggett said: ‘We believe SOBA could aid in identifying individuals at risk or incubating the disease, as well as serve as a readout of therapeutic efficacy to aid in development of early treatments for Alzheimer’s disease.’

The number of dementia cases worldwide will triple to more than 150 million by 2050 because of ageing populations.

Effective therapies are essential to combat the growing care crisis – and early diagnosis is key.


MORE : Alzheimer’s breakthrough signals ‘beginning of the end’ in search for treatment