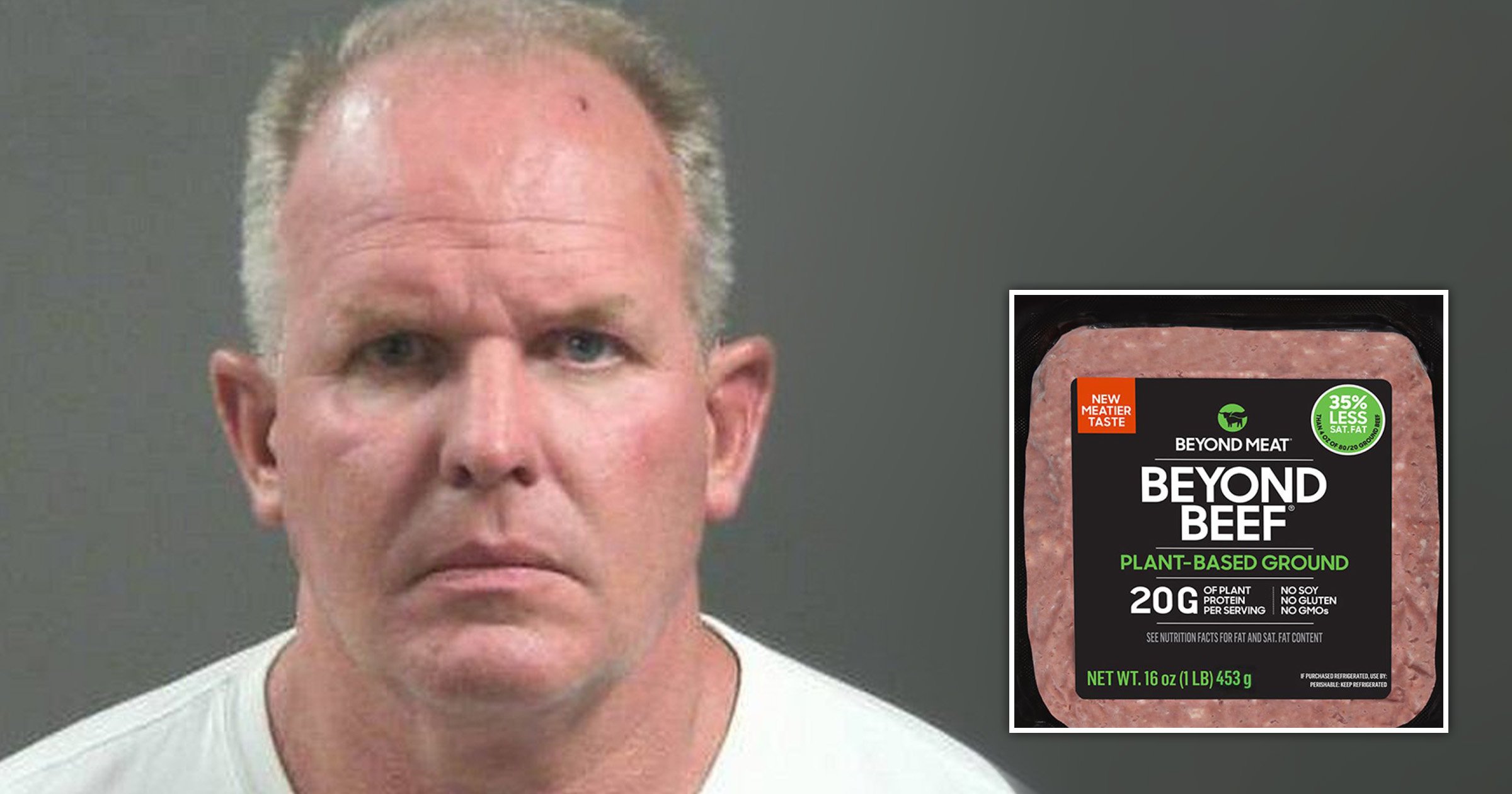 The COO of vegan food giant Beyond Meat was arrested for a very anti-vegan misdemeanour where he allegedly tried biting a man’s nose.

On Saturday, Douglas Ramsey, got into a post football match brawl in Arkansas and got slapped with charges for ‘terroristic threatening’ and third-degree battery, according to official documents.

Local news outlet KNWA reported that Ramsey got into a violent altercation after a car bumped the front tire of his SUV as both vehicles exited a parking garage out of Fayetteville’s Razorback Stadium.

The 53-year-old vegan food executive allegedly started punching the owner of the car, who had left the vehicle, and also ‘bit the owner’s nose, ripping the flesh on the tip’.

He also ‘threatened to kill’ the other man, according to the report.

The arresting officer said in a preliminary police report that Ramsey punched through the back window of the offending car before punching the other motorist and biting his nose with such force that he ripped into the flesh.

The COO is fairly new to vegan food, with a career spanning 30 years in the meat processing industry, working for Tyson Foods where he was responsible for the poultry and McDonald’s business units.

He joined Beyond Meat, a manufacturer of plant-based burgers, sausages and nuggets, in December 2021.

‘I am proud to join in its mission to produce delicious products that are healthier for our customers and more sustainable for our planet,’ said Ramsey said at the time of his appointment.

The higher price of plant-based meat has slowed the company’s growth, as customers deal with the rising cost of living.

Last month, Beyond Meat lowered its revenue forecast for the year and said it would cut roughly 4% of its global workforce.

Metro.co.uk has reached out to Beyond Meat for comment.


MORE : Mum-of-five collapsed and died after eating Pret vegan wrap that had dairy in it