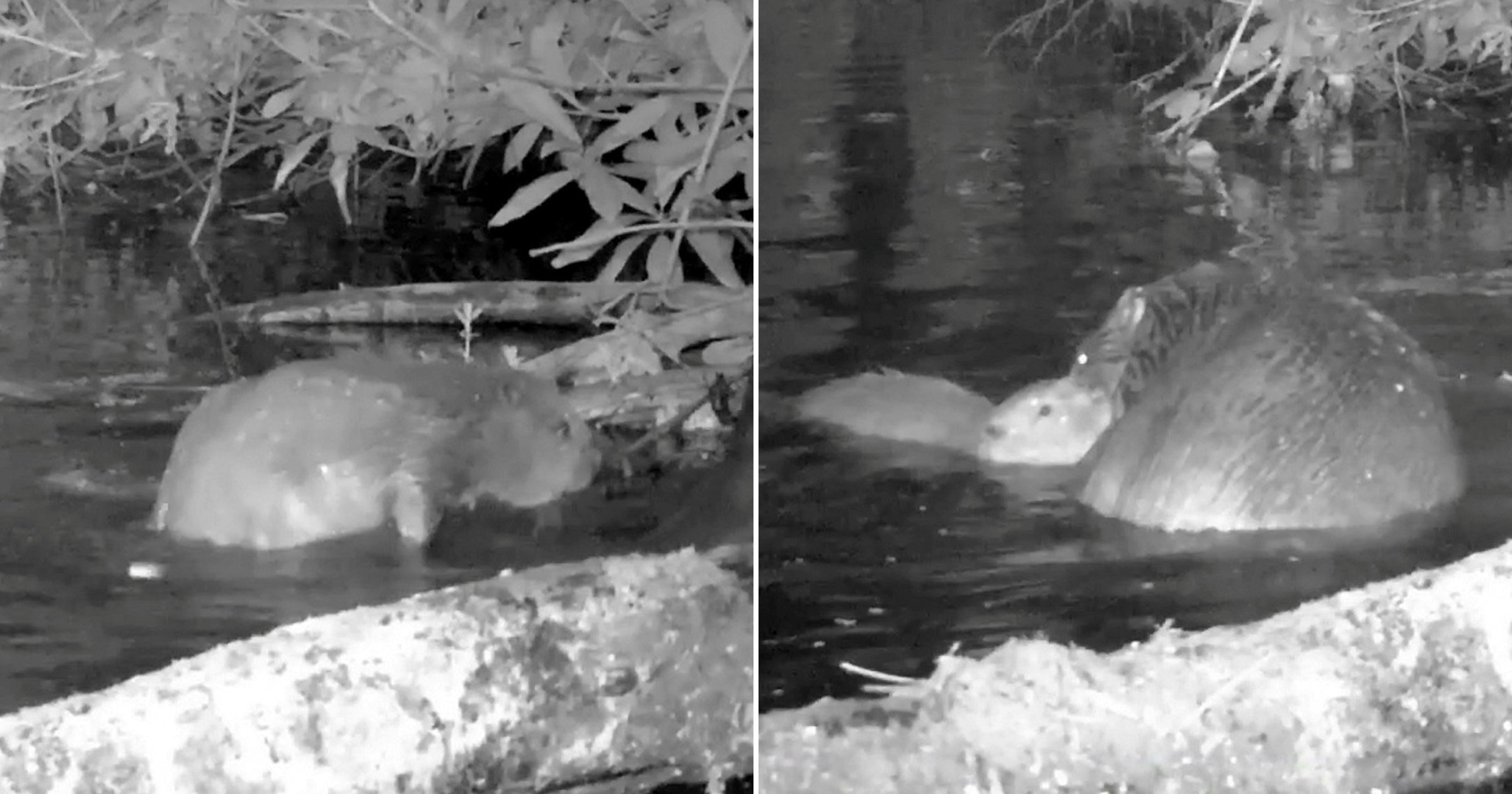 Camera footage has captured shots of the first baby beaver to be born on Exmoor for 400 years, the National Trust said.

The youngster, known as a kit, was caught on film at the conservation charity’s Holnicote Estate in Somerset, where beavers were introduced to an enclosure in January 2020.

The once-native semi-aquatic mammals are making a return to Britain after being hunted to extinction for their fur, glands and meat in the 16th century.

They are seen as nature engineers who restore wetland habitats through dam-building and felling trees, slowing, storing and filtering water in the landscape, which attracts other wildlife and reduces flooding downstream.

The trust said the 2.7 hectare (6.7 acre) enclosure the beavers have been released in has been transformed from unmanaged woodland to a more open wetland attracting more wildlife, in just 18 months.

Now footage shows the beavers have successfully bred, with images from a static camera revealing the six-week-old kit swimming with its mother back to the family lodge while she stops to nibble a branch.

Jack Siviter, one of the rangers on the Holnicote estate, said: ‘We first had an inkling that our pair of beavers had mated successfully when the male started being a lot more active building and dragging wood and vegetation around the site in late spring.

‘The female also changed her usual habits, and stayed out of sight, leaving the male to work alone.

‘It was then several weeks until we spotted her again, and this is when our suspicions were confirmed that she had given birth, due to having very visible teats.’

He added: ‘We are particularly pleased for our female, nicknamed Grylls due to her survival instincts, as she didn’t have the easiest start to life, being orphaned at an early age.

‘As a first-time mum she seems to be thriving and it’s great to see her with her new kit.’

The family should now stay together for the next two years before the kit will want to go off to create a new territory of its own – when it will be relocated into another enclosure or a wild release site if regulations permit in the near future.

A number of organisations and landowners across England are introducing beavers to fenced sites to help boost nature and reduce flooding, while they are now also found wild on a number of rivers in England and Scotland.

Conservationists back the return of beavers to restore wetland habitats, boost other wildlife, curb flooding, improve water quality and support eco-tourism – though landowners raise concerns about the impact locally.

A consultation on the approach to beavers in England and managing them in the wild is expected to take place this summer.

The two beavers at Holnicote are the first to be introduced on National Trust land in the charity’s 125-year history, with another pair released into a large enclosure in the South Downs.

The Trust said they had transformed the habitat on the Exmoor estate, building a dam network from trees, mud, stones and vegetation which has created ponds and new channels, and felling some trees, which has allowed more light to the woodland floor.

The new wet woodland habitat they have created is now a more diverse habitat, attracting wildlife from bats to dragonflies, kingfishers and sparrowhawks, while otters are now more regular visitors to the site, the trust said.

Ben Eardley, project manager for the National Trust at Holnicote, said: ‘The beavers are doing a lot of what we want to see in terms of conservation and land management.

‘They are letting the light and the water into the site, helping natural processes and providing opportunities for a host of other wildlife.’


MORE : Why do beavers build dams and what do they eat?