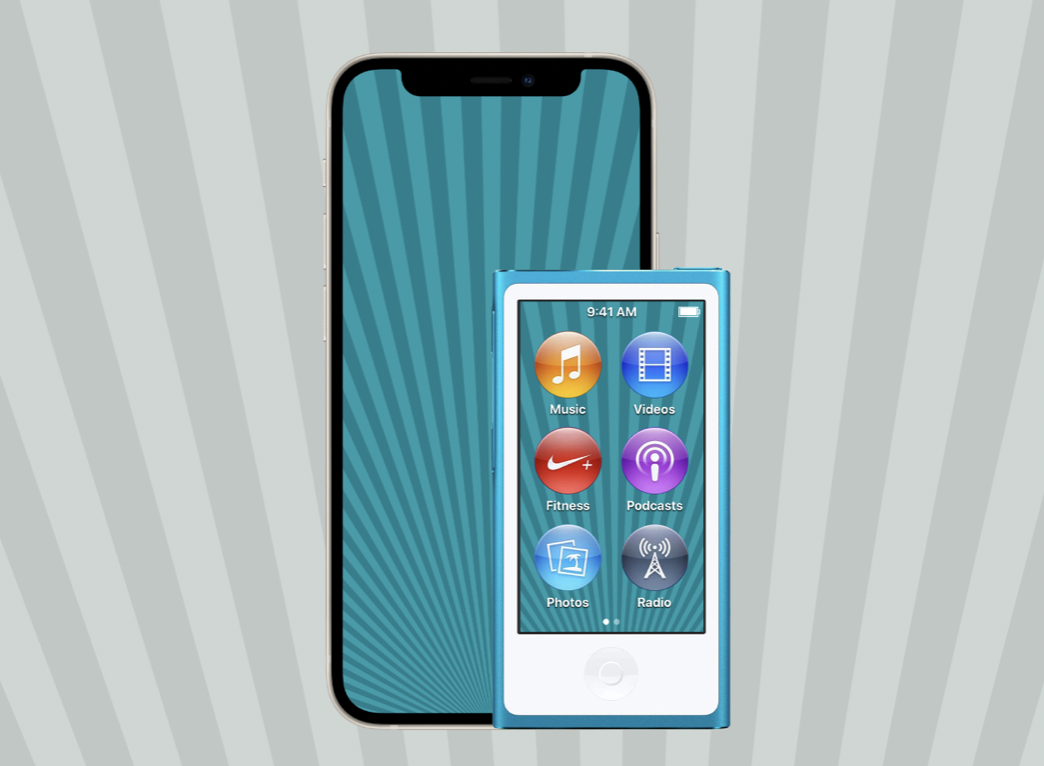 Basic Apple Guy has just released a collection of beautiful new wallpapers for iPhone, iPad, and the Mac inspired by one of the designs included with the 7th generation iPod nano. The 7th generation iPod nano was originally released in 2012 and saw two very small refreshes over the course of its life. The new wallpapers come in 13 different varieties representing colors from 2012, 2013, and 2015.

The 7th generation iPod nano was the second model to come with different Home Screen wallpaper options. The 6th generation model came with wallpapers inspired by the ones available on the iPhone and iPad at the time, but with the 7th generation model Apple decided to give them their own unique set of color-matched designs. One of those designs was a series of lines shooting out of the center of the bottom of the display. That’s the one Basic Apple Guy has remastered and brought to Apple’s current platforms.

You can see in the comparison image below how great these recreations are. They really are near perfect representations of those wallpapers first introduced in 2012.

The original 2012 collection of iPod nanos included eight colors: slate, silver, purple, pink, yellow, green, blue, and (PRODUCT) red. Basic Apple Guy has made wallpapers that match each of them and they’re absolutely beautiful. Keep in mind that in 2013, Apple replaced the slate iPod nano with a space gray model alongside the iPhone 5s. He’s included a space gray version in addition to the slate one.

Two years later in 2015, the company replaced the entire color scheme with more limited, less eye-popping options. The new collection included the standard space gray, silver, and (PRODUCT) red as well as new gold, pink, and blue colors. The (PRODUCT) red wallpapers from 2012 and 2015 are the same as Apple did not change that color. Although, Basic Apple Guy has included a refreshed silver version of the wallpaper in his 2015 collection to set it apart from the original 2012 variant.

You can see all of these wallpapers side by side below. They’re a fun walk down memory lane. I remember using this wallpaper design on my 7th generation iPod nano in 2012. I’ll definitely be using these on some of my devices. Let us know what you think about them in the comments below!

No more charge anxiety – is exchanging batteries the future of electric vehicles?

Battery swap shops like this Nio facility are widespread in China but there is only one in EuropePit stops aren’t just for Formula One,...
Read more

The Jackson Women’s Health Organization was at the center of the case that overturned Roe v. Wade. Already, supporters are planning new ways to...
Read more