Cheese that’s actually good for you identified by scientists 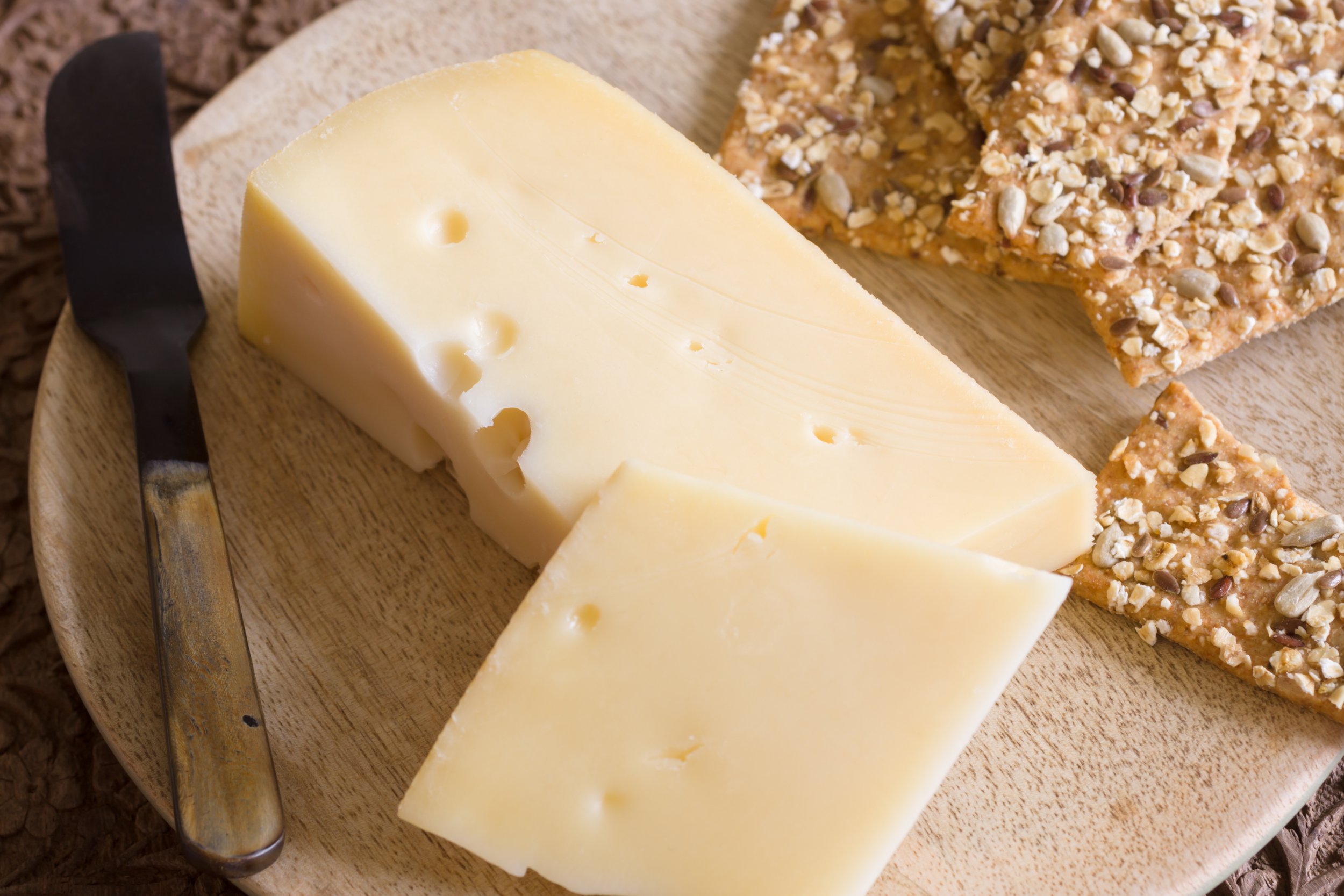 A trendy type of Norwegian cheese may help stave off bone thinning, suggests a new study.

Just a small 57g portion of Jarlsberg can help stop bones getting weaker without boosting cholesterol, according to the findings.

Researchers say health benefits are unique to the Nordic dairy product and aren’t found in other types of cheese.

Jarlsberg is a nutty, mild and semi-soft cheese with holes in that is made from cow’s milk.

It comes from a town of the same name in Eastern Norway.

The researchers hope that in future the cheese could stop osteoporosis and help prevent diabetes, but say more research is needed.

Earlier research had suggested it boosts levels of osteocalcin, a hormone that gives us strong bones and teeth.

It had not been clear whether this link was specific to Jarlsberg cheese or applied to all types of cheese.

To find out, the academics studied 66 healthy women who were either given the 57g portion of Jarlsberg or 50g of Camembert cheese every day for six weeks.

Participants were all healthy, of healthy weight and had an average age of 33.

Afterwards the group who had been munching on Camembert were told to nibble on Jarlsberg for six weeks.

Both cheeses have similar levels of fat and protein but Jarlsberg is also rich in vitamin K2 while Camembert is not.

One form of vitamin K2 is found in animal products such as liver while others come from bacteria and are found in fermented foods such as cheese.

Blood samples were taken from participants to check for important proteins, osteocalcin and a peptide (PINP)- which helps bones renew themselves and stay young.

Blood samples showed key signs of bones renewing themselves and of vitamin K2 had increased after six weeks among people who ate Jarlsberg.

Among people who ate Camembert, PINP levels stayed the same while those for other indicators of bone health fell slightly.

Levels of both PINP and the chemical and biological indicators rose significantly after they switched to Jarlsberg.

Blood fats increased slightly in both groups but cholesterol levels tumbled in people once they made the switch from Camembert to Jarlsberg.

Once they had switched to Jarlsberg the glucose levels fell again.

Bacteria in the cheese produce the substance DNHA which earlier studies have suggested could reduce bone thinning and increase bone tissue formation.

They say this could explain the rise in osteocalcin.

Professor Sumatra Ray, Executive Director of the NNEdPro Global Centre for Nutrition and Health which co-owns the journal said: ‘This study shows that while calcium and vitamin D are known to be extremely important for bone health, there are other important factors at play such as vitamin K2, which is perhaps not as well known.

‘Different methods of preparation mean there are key differences in the nutrient composition of cheese, which has often been regarded as a homogenous food item in dietary research to date.

‘This needs to be addressed in future studies.

‘This is a small study in young and healthy people….the findings need to be interpreted with great caution.

‘It shouldn’t be taken as a recommendation to eat a particular type of cheese.’

The findings were published in the journal BMJ Nutrition, Prevention and Health.

He was canceled during the #MeToo movement. Now, he’s using YouTube to attack celebrity accusers.

For Andy Signore, the Johnny Depp and Amber Heard defamation trial was a gold mine. Starting in April and spanning just a few months, Signore,...
Read more

/ Mike McCaffrey has stepped down as CEO of The Block, effective immediately. Axios reports a series of loans from SBF includes one...
Read more