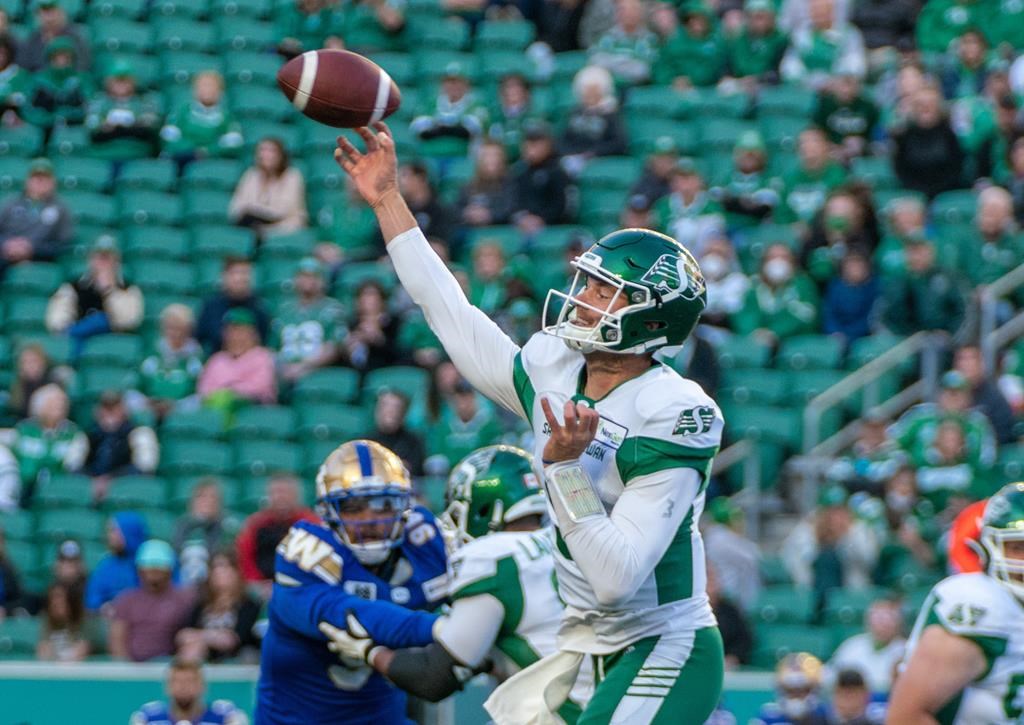 Earlier Monday a statement released by the Roughriders detailed how Dolegala approached the team Sunday to say he had been arrested and charged during the bye week, and that it is suspending Dolegala for one game as a result.

“I felt like I let a lot of people down — my teammates, my fans and this organization,” Dolegala said during his brief conversation with reporters.

“It was obviously a difficult conversation to have but I wanted to be upfront with it and put everything on the table. No secrets.”

Dolegala declined to provide specific details about the circumstances surrounding the incident.

“I never want to be a distraction to our goal, to what we want to accomplish with the playoffs coming up. It’s a terrible time,” Dolegala added.

Roughriders head coach Craig Dickenson said that, while Dolegala will face legal consequences, the team felt the need to take action as well.

The Saskatchewan Roughriders have issued the following statement. pic.twitter.com/3vjQLBPZru

“We have a code of conduct. He’s got a legal process to go through, but part of that code of conduct is anything that is detrimental to the team has to be addressed,” Dickenson said.

Impaired driving in Saskatchewan comes with, at minimum, an immediate roadside driver’s licence suspension, vehicle impoundment and a minimum $1,250 fine.

Legal repercussions depend on the individual case.

“Obviously he feels bad about it and made a mistake. A lot of people make mistakes and hopefully he can learn from this and be better,” Fajardo said.

“I will support him through it. I’ll be in his corner, because he’s a guy I try to take under my wing as a young quarterback in this league. So I’m going to help him out any way I can.”

/ A Senate panel has threatened to subpoena Bankman-Fried for a separate hearing. He has not yet committed to appear. Illustration: The...
Read more