Home Deals Evo weekend is here: How to watch the fighting game event of...
Deals

Evo weekend is here: How to watch the fighting game event of the year 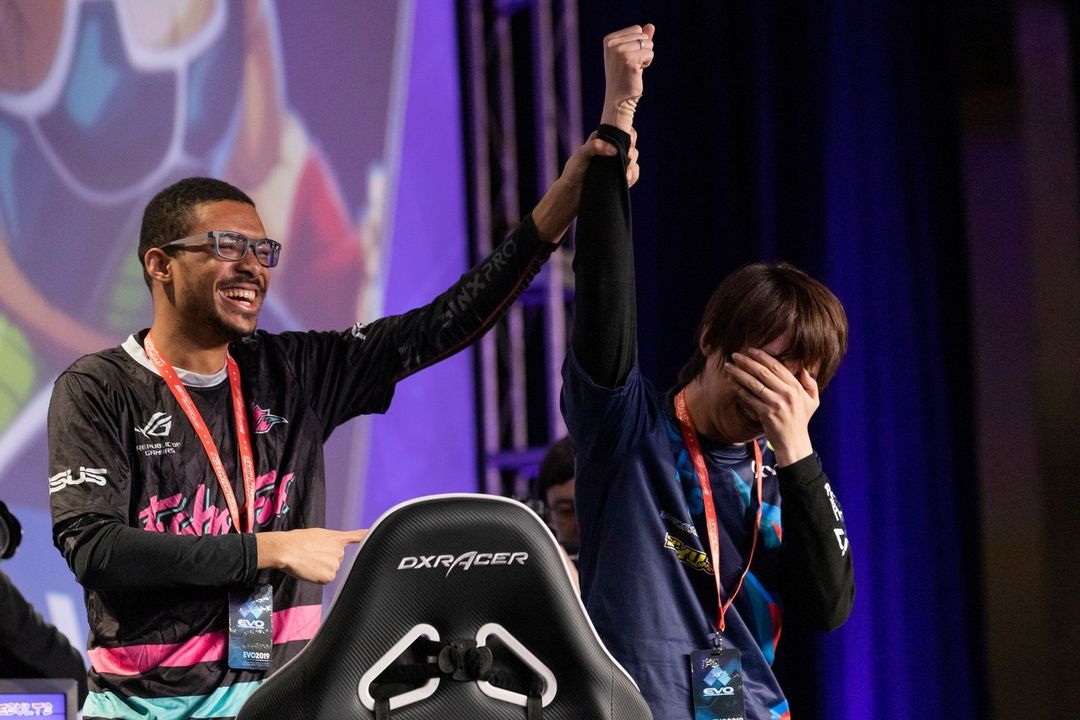 After a two-year pandemic-induced break the Evolution Championship Series (better known as just Evo), the annual celebration of all things fighting games, is back in Las Vegas this weekend. Thousands of fighting game players and fans will fill the halls and arena at the Mandalay Bay casino to make their attempts at a top 8 finish, get in casual games with people from around the globe, watch panels, browse Artist Alley, and just generally soak up a chance to be offline with the fighting game community again.

In a more normal year, I’d be there myself, maybe not trying for that top 8 finish, more like just trying not to go 0-2 in Street Fighter V or Third Strike. But despite a robust mask and vaccine policy I’m just not feeling like traveling or being in Vegas with the current state of the world. So I’m going to spend my weekend cozy at home streaming a ridiculous amount of content and trying not to feel like I’m missing out too much. If you’d like to join me here’s a quick guide to what the weekend has to offer.

You may have heard of Evo before, perhaps from the infamous Evo Moment 37 video or from Sony’s acquisition of the tournament series in 2021. If you’re not already a fighting game tournament watcher, here are the basics of how Evo works. There are eight main games featured, which I’ll list below, as well as a huge amount of less official side tournaments. Each game has the same basic structure, you start in a pool of players, everyone on equal footing. Tournaments are double-elimination, meaning you have to lose twice to be out. If you can win several matches in your pool without being eliminated, you move up to the next one, eventually leading to a top 24 bracket, then a top 8, which leads to the grand finals.

Part of the excitement of watching pools is the upsets. The previous champion has to start the same as anyone else, and there’s no guarantee an unknown won’t hand them their first loss, putting them in the loser’s bracket and one game away from losing that top 8 repeat dream.

As you advance deeper into the matches, the level of play becomes more high level and tense, so if you’re less inclined to spend hours watching the safe bet is to catch a top 24 or wait for the top 8 to see the real high-stakes matches play out.

Every game will feature commentary by people who are experts in understanding and explaining the on-screen action. With a few basics under your belt and their patterns, you should be able to keep up even with games you’re not familiar with.

To win the entire tournament from the loser’s side you need to beat the other player twice, once to send them to loser’s (known as resetting the bracket). Making a loser’s run is no easy task, but a bracket reset always gets the crowd hyped up. They love an underdog, but it also means another set to watch.

If you see an L or a W next to someone’s name on the stream overlay that’s indicating if they’re playing from the winner’s or loser’s bracket. The last thing that’s handy to know is most games are run as first to two, so you have to win two games to beat someone. This generally becomes the first to three wins in top 8.

This year the main featured games at Evo are:

All games will be streamed on Twitch starting Friday, August 5 at 10 am Pacific Time. A complete interactive schedule of all the games can be found here. Half the games will have top 8s from the main hall on Saturday. The other four (King of Fighters, Tekken, Street Fighter, and Guilty Gear) will have their top 8 on Sunday in the Mandalay Bay arena.

There are also community-run tournaments for an additional 52 titles, everything from the alternate World War II title Akatsuki Blitzkampf, to barely-a-fighting-game-kinda-like-frisbee-air-hockey Neo Geo classic Windjammers. A list of all 52 games as well as a viewer’s guide summary for each one can be found here, so check that out if you want to dig into the wider range of titles you might not be familiar with.

How to enjoy it all

I’m going to have streams up all weekend, but a more casual viewer may prefer to be choosier. The main Evo Twitch stream on Friday will feature a new presentation of panels and interviews, with exhibition matches starting at 10 am. This is probably the most accessible starting point, you’ll get a wide mix of content, potentially some of the new game announcements (it’s widely expected that we’ll get trailers with new content for the already announced Street Fighter 6 and possibly the announcement of Tekken 8; these are more likely to coincide with the area top 8s), and just a general mix of different things.

I suspect the presentations and exhibition matches will also be accompanied by commentary to help add context and be more friendly to new viewers. This is the first year Evo has tried this format, I’m looking forward to checking it all out myself.

Since I’m a Street Fighter V player—and it’s a well-known franchise—I’ll give you some basic tips for watching that as one of the main games, the same advice will apply in various ways to all the games though.

This is expected to be the last year SFV will be at Evo, as Street Fighter 6 is coming next year, and while we don’t have a date yet it’s probably in the first half. So this will be the swan song for this version of the game; once a new one comes out, competitive interest tends to move on.

Street Fighter is pretty easy to watch if you’re not familiar with it, but it can take a little grounding to get the most out of it. If you’re not a fighting game player it can be easy to think it’s all about pushing buttons—lots of them—but the real drama of the game happens in the jockeying for position in the middle of the screen, generally known as the neutral game. When you gain the advantage in neutral you get to push your buttons and do your flashy combos, so the flow of the game tends to move between more careful maneuvering and then explosive action, which can then reset back to neutral or snowball into a momentum-based win.

This video by professional Street Fighter competitor and content creator Brian F goes into a bit more detail on the concept of the neutral game, with accompanying visuals. I highly suggest giving it a watch, it’s only a little over two minutes long, and will really help you see what kinds of things to watch for. Like most games or sports, when you have a basic grasp of the rules and strategy it’s much more fun to watch them.

Pools will be all weekend, but if you want to just catch the big finish Street Fighter V top 8 is at 5 pm Pacific on the main Evo Twitch stream. If you’re interested in getting your feet wet by watching a top 8, it’s a good one to pick—it’s maybe a little easier to follow than some of the other games. But anything that grabs your interest will be a good time!

I’m pretty familiar with all the main games, even the ones I don’t play myself, so if you have any questions about Evo, the games, or anything at all on the general topic of fighting games I’ll be available in the comments.