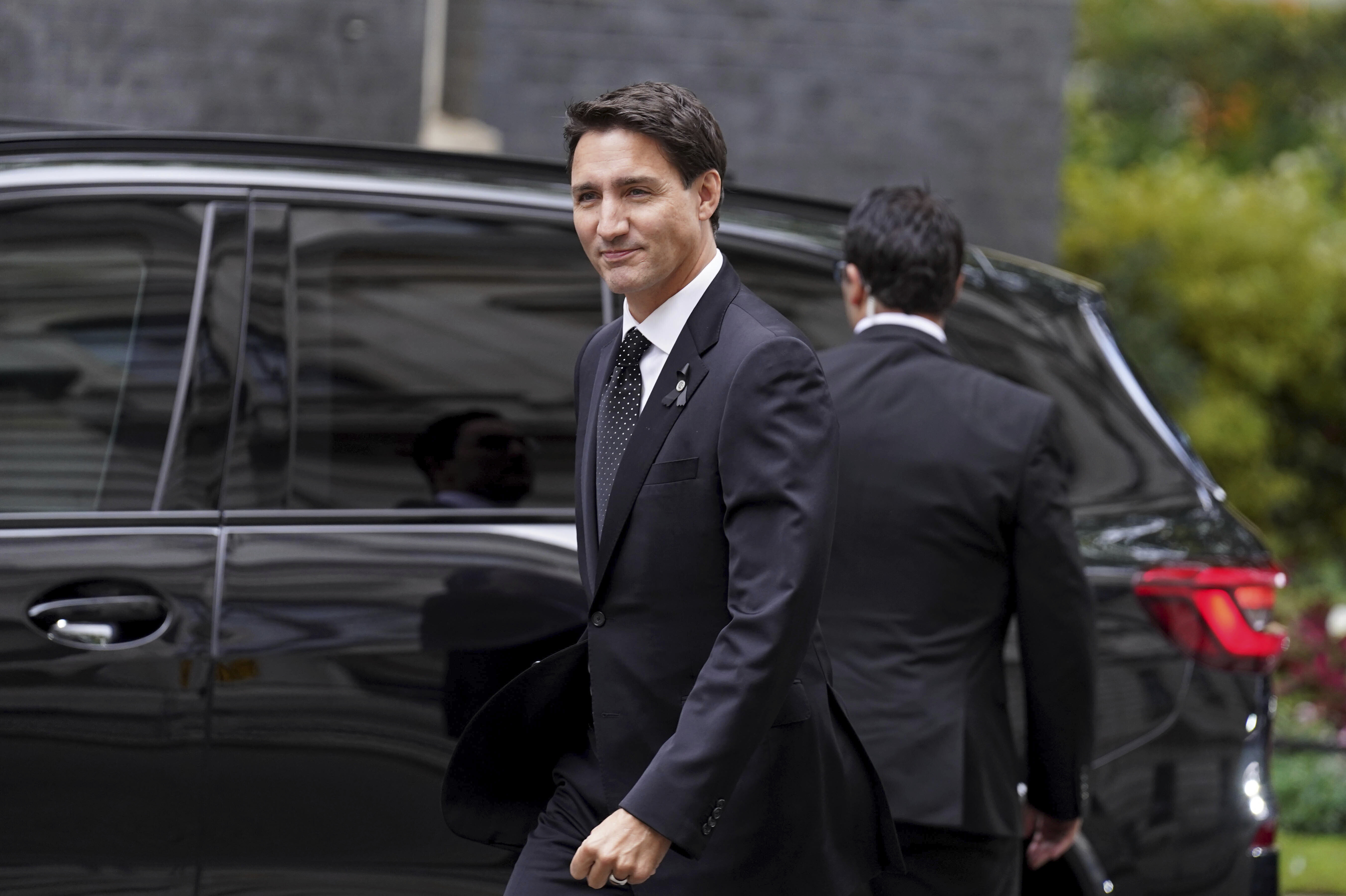 If Shakespeare thought misery acquaints people with strange bedfellows, he may well agree that mourning a cherished monarch may also bridge some political divides.

Such was the case Sunday in London, when former prime minister Stephen Harper was invested into the Order of Canada while three of his previous political nemeses looked on.

Harper is one of four former prime ministers in the British capital for the funeral of Queen Elizabeth II.

He was awarded the Companion of the Order of Canada in 2019, but an investiture ceremony had not taken place because of COVID-19.

“As we gather to celebrate (the Queen), I was honoured to be invested into the Order of Canada by GGCanada Mary Simon,” Harper said, in a tweet posted about the event.

As we gather to celebrate HM QEII, I was honoured to be invested into the Order of Canada by @GGCanada Mary Simon. Thank you to @CanadianPM Trudeau, former fellow Prime Ministers Martin, Chrétien, Campbell & former Governors General Johnston & Jean for attending the ceremony. pic.twitter.com/1D0YzX2alu

The bad political blood between Harper and Trudeau in particular is well-documented, but the two posed side by side for photos after the ceremony.

Having multiple former prime ministers and governors general attend a world funeral together is not an unheard of practice.

While Harper was prime minister in 2013, Chretien, Campbell, Jean, former governor general Adrienne Clarkson and former prime minister Brian Mulroney flew with him to South Africa for the funeral of Nelson Mandela.

In her own tweet last week, Harper’s wife, Laureen Teskey Harper responded to a journalist who suggested the flight to London would be interesting with all the political actors on the same plane.

“Interesting,” she queried. “Very interesting if past trips are a reference. Lots of laughter, stories and I am sure this time, reminiscing about the Queen. These sort of trips are always wonderful to be part of.”

Chretien spoke briefly to media Sunday and was asked about being around all the other Canadian leaders.

“So many together and no fight,” he said laughing. “So that’s good.”

He said there aren’t very many occasions for this kind of gathering.

“We know each other, went through the same struggles,” he said. “We fought against each other. Just like when we play hockey, we can be tough on the ice, then we go and have a beer after the game.”

Order of Canada ceremonies are not normally held in secret, but Rideau Hall and the Prime Minister’s Office chose not to tell media travelling with the delegation about either Harper’s event Sunday or a similar one Saturday that saw actress Sandra Oh and Olympic swimmer Mark Tewksbury invested into the Order. No explanation for the secrecy has yet been offered.

Tewksbury later said doing the ceremony allowed him and Oh to wear the Order of Canada insignia to the queen’s funeral, which is set to take place at Westminster Abbey on Monday.