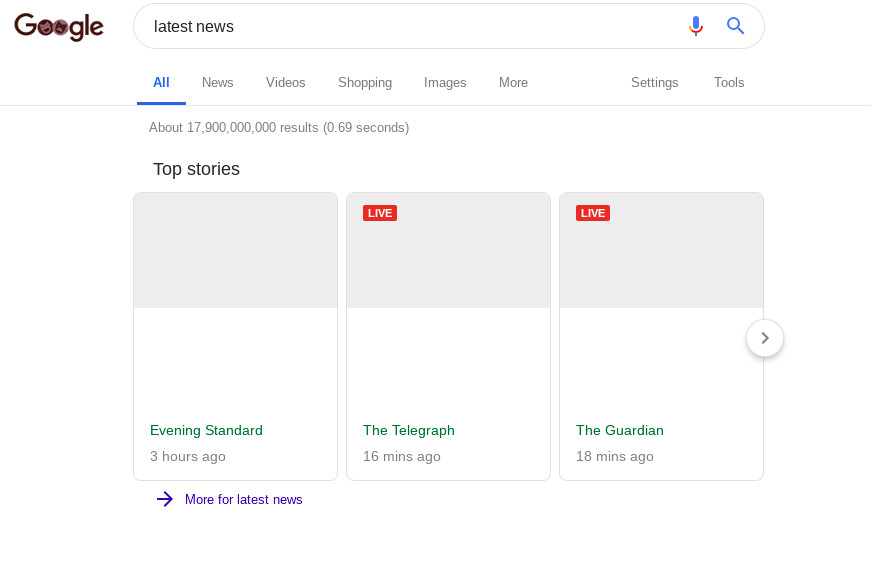 Google is being charged with a historic €500 million ($589 million) fine from the French Competition Authority (FCA) for failing to comply with an April 2020 order to negotiate fairly with news publishers over the use of, and payment for, their articles and other content (via CNBC).

News publishers gained the ability to request payment for the use of their content on third-party platforms with the passage of the European Union’s controversial Copyright Directive, which was adopted by France in 2019 and generally tries to shift power toward content producers rather than the platforms that reshare their work. Article 11 of the directive, colloquially called the “Link Tax,” gives publishers the right to ask for payment for snippets of articles and other content linked in places like Google News.

In the lead-up to the passage of the directive, Google tested blank content previews and no search descriptions as a kind of vague threat of what it might be forced to do in a post-Article 11 world. The FCA viewed that as an abuse of Google’s monopoly on search and ordered the company to comply with the rules and actually negotiate for the right to display articles. Apparently, those negotiations haven’t gone well.

According to the FCA, Google forced its deals with publishers to be focused on News Showcase, a product that doesn’t encompass all the places publishers’ articles can appear across Google’s platforms. Secondly, the FCA claims the company isn’t willing to negotiate sharing revenue from the ads sold against other places publisher content might appear, like the links and search description you see when you pull up search results. Both issues were supposed to be addressed in the FCA’s big-picture order to negotiate “the remuneration due to [publishers] under the Neighbouring Rights Act for the resumption of their protected content,” but it seems Google didn’t see it that way.

In response to news of the fine, Google tells CNBC that it was actually about to finalize an agreement with the Agence France-Presse (AFP), France’s cooperative news wire organization, “that includes a global licensing agreement, as well as the remuneration of their Neighbouring Rights for their press publications.” It seems like this is more than just an issue of poor timing, but at least in this statement provided to The Verge, Google is sticking to its guns — and claiming it doesn’t make much money from news search results in the first place:

While we are committed to complying with the Copyright Directive and the FCA’s orders, this fine ignores the significant efforts we have made to reach agreements and the reality of how news works on our platforms: Google last year generated less than 5 million Euros in revenue-not-profit from clicks on ads against possible news-related queries in France. We want to find a solution and reach definitive agreements but this fine is out of all proportion to the amount of money we make from news and we will be reviewing the decision in detail.

Google has two months to address the issues raised by the FCA by offering payments for the use of “protected content” to publishers. If it doesn’t, it faces an additional €900,00 ($1 million) per day in penalties on top of its already multimillion-dollar fine.