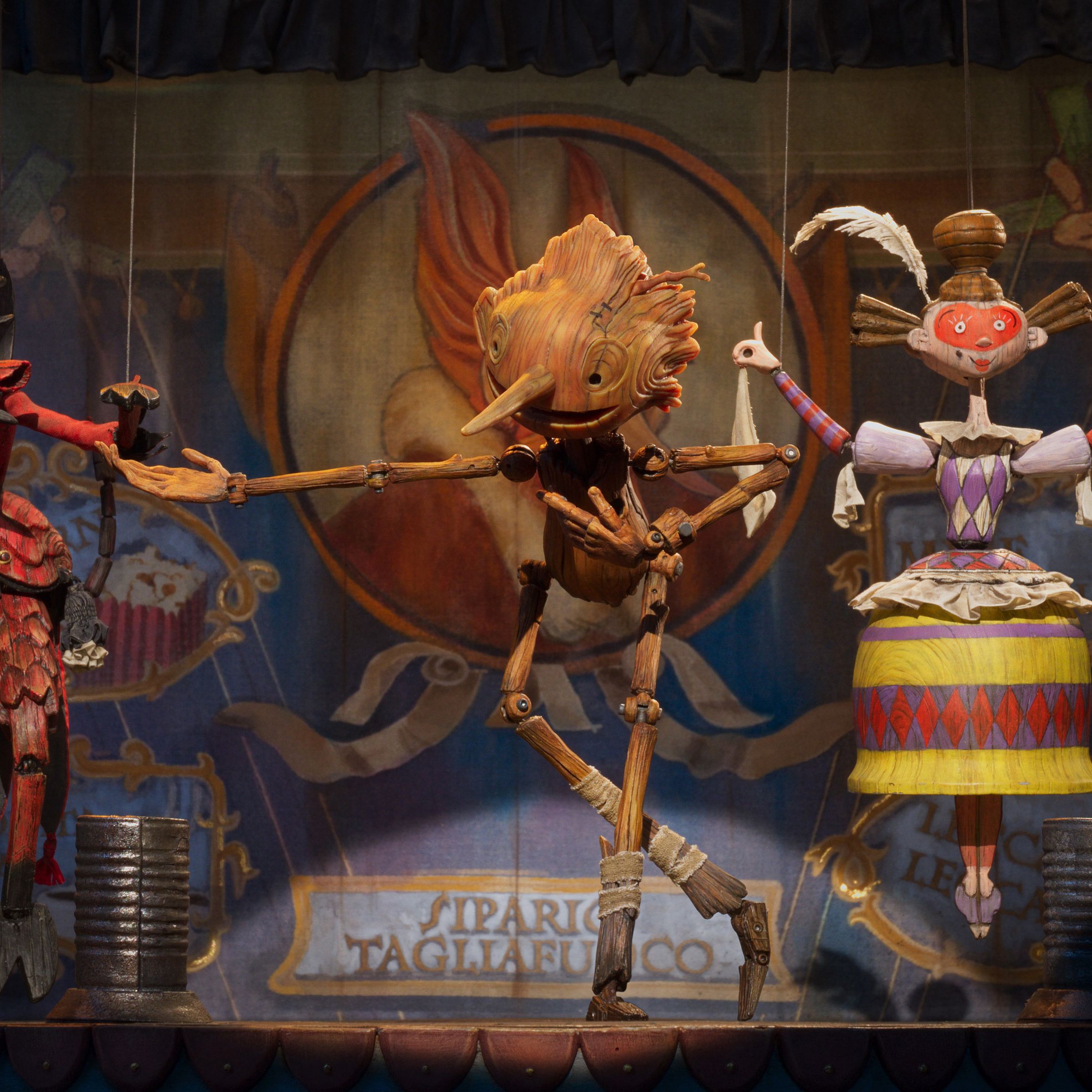 Guillermo del Toro’s new Pinocchio is a haunting and beautiful instant classic that will leave you thinking about your mortality.

There are a number of moments throughout Guillermo del Toro’s new stop-motion animated retelling of Pinocchio that are so dark and steeped in sorrow that they make it easy to forget how the musical feature’s also a celebration of love with an emphasis on resisting authoritarianism. Though it’s very much an imaginative and visually dazzling fairy tale, del Toro’s Pinocchio never makes any pretense of trying to downplay that it’s also an anti-fascist morality play aimed at a wide audience.

For all of his wisdom and love of sharing stories, it’s difficult for Geppetto (David Bradley), an elderly carver known for his artful craftsmanship, to put into words what all his son Carlo (Gregory Mann) meant to him before the boy’s untimely death in a church bombing. Set sometime between World War I and World War II, Pinocchio presents Carlo’s death as just one of the countless casualties that can be attributed to Italy’s descent into fascism under the rule of Prime Minister Benito Mussolini (Tom Kenny). It’s Geppetto’s grief for Carlo that drives him to drink, and it’s the drink that helps Geppetto both spiral and numb the pain of having to live without the one person who truly gave him purpose. But that same grief is also what inspires Geppetto to drunkenly, ragefully cut down a pine tree he first planted in Carlo’s memory and then set to feverishly carving its wood into a macabre likeness of his dead son.

Because he’s so brand new to the world of the living, Pinocchio (also Mann) has no way of knowing how his ability to walk and talk will terrify his father and other flesh and blood humans when they first meet him. Pinocchio’s also too naive to know that Sebastian (Ewan McGregor), the talking cricket living in his chest and watching over him at the behest of the magical Wood Sprite (Tilda Swinton), is every bit the oddity that he himself is. What Pinocchio does know, though, is that he’s absolutely mad about the prospect of going into the outside world and experiencing life and everything it has to offer him for the very first time.