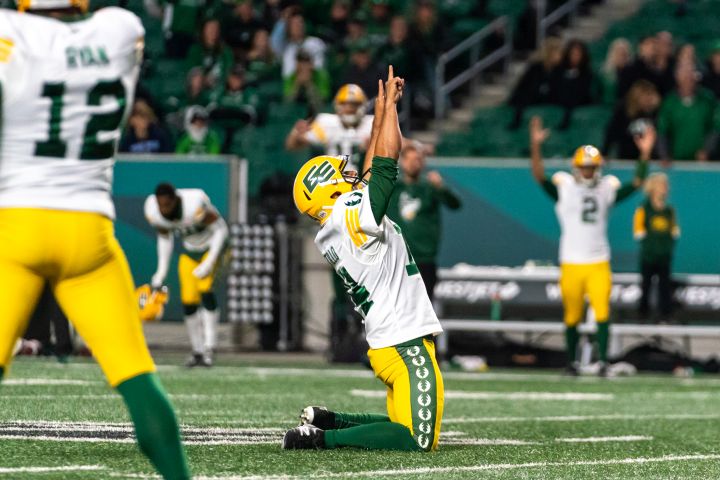 A rejuvenated Dane Evans played his best game of the 2022 CFL season Saturday, leading the Hamilton Tiger-Cats to a dominating 48-31 victory over the Winnipeg Blue Bombers.

Evans completed 15 of his 19 pass attempts in the first half for 252 yards and three touchdowns, as Hamilton roared to a 34-14 lead at the break.

Playing in his first game since Aug. 26, Evans finished the contest with 327 passing yards and a career-high five touchdowns as the Ticats improved to 4-9.

Hamilton also halted its three-game losing streak in emphatic fashion by handing the two-time defending Grey Cup champions their most lopsided loss of the season.

Evans threw two of his TDs to receiver Tim White, one to Steven Dunbar Junior and another to rookie Kiondre Smith.

Smith’s touchdown, a 54-yard reception with 1:54 left in the second quarter, was the first major in the Canadian Football League for the Markham, Ont. native.

The Ticats’ defence also got in on the scoring when defensive end Malik Carney sacked Blue Bombers QB Zach Collaros, who fumbled at the Winnipeg 22 yard line.

Carney scooped up the loose ball and ran in for his fist career touchdown that put Hamilton ahead 20-10 early in the second quarter.

Collaros threw for 342 yards on 23-of-34 passing and connected for touchdowns with Nic Demski and Rasheed Bailey.

The loss was Winnipeg’s first on the road this year, eliminating any chance for the Blue Bombers to break the record for most road victories — eight — in a season.

Hamilton next plays in Montreal (5-7) on Friday night.