Hundreds of whales stranded in Tasmania 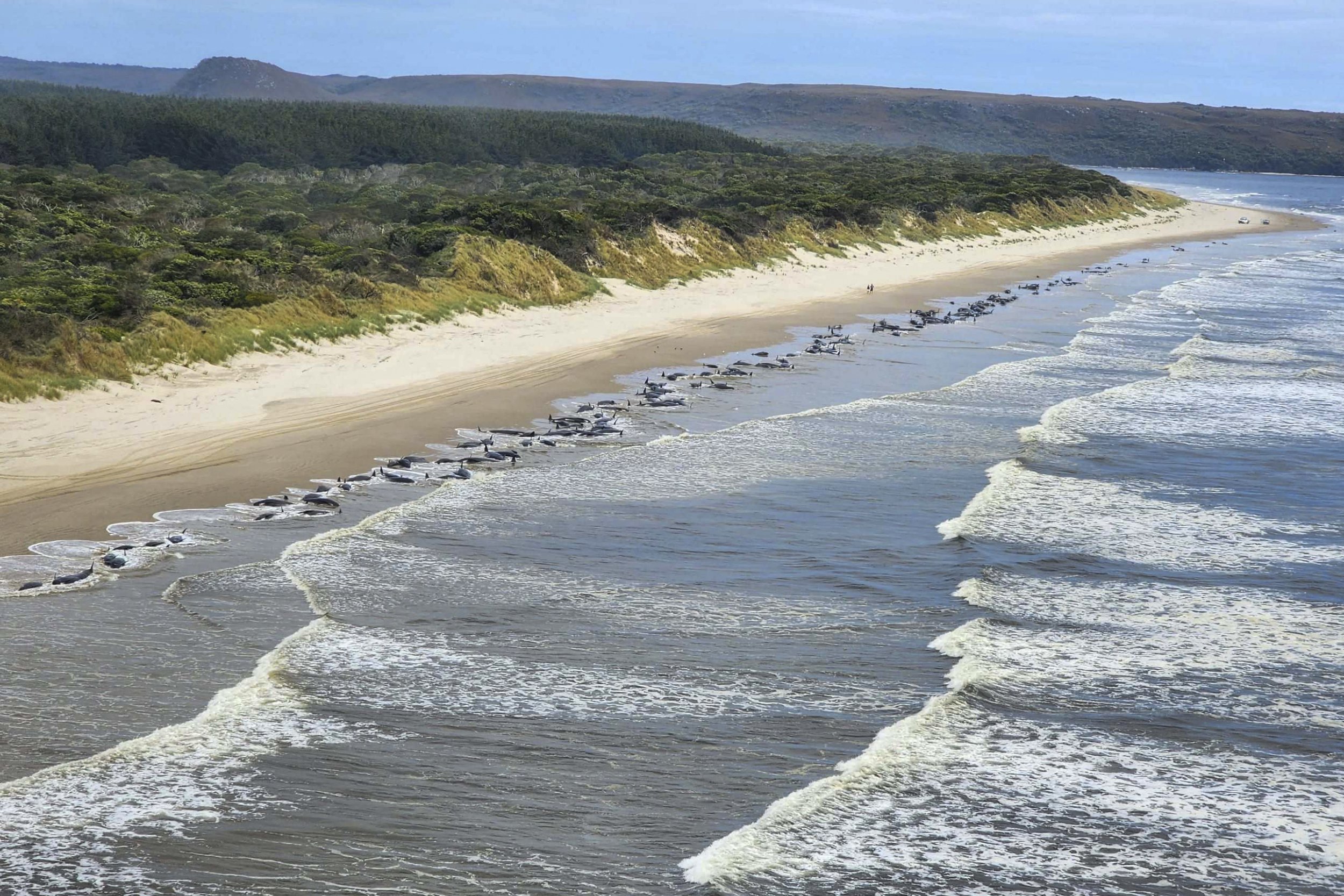 It’s been a bad week for whales in Australia as hundreds of them were found stranded in two separate incidents in Tasmania’s west coast and King Island.

On Tuesday, the Tasmania Parks and Wildlife Service confirmed that a pod of about 230 pilot whales were stranded on Ocean Beach and a sand flat inside Macquarie Harbour.

‘It appears about half of the animals are alive,’ the department said in a statement, adding that a team was assembling whale rescue gear and heading to the area.

‘Marine wildlife experts will assess the scene and the situation to plan an appropriate response,’

Just a day before, at least 14 male sperm whales died on King Island off the north-west coast of Tasmania.

The carcasses were found by locals and reported to the authorities on Monday afternoon.

The whales were thought to all be juvenile males and from what is called a ‘bachelor pod’, a group of young males that band together after leaving their family groups.

Images and videos taken by locals show them lying on their sides near the waterline, in a state of decomposition.

A Marine Conservation Programme team was sent to perform post-mortems and determine the cause of death. Aerial surveys were conducted to determine if there were more carcasses.

‘A friend stopped in home late yesterday afternoon and had let us know. We decided to take the children for a look, as sad as it is it’s nice that kids get to understand the size of some of the ocean’s creatures,’ said Sarah Baldock, a local to King Island was told about the beached whales by a friend.

‘The police and parks and wildlife were already there when we arrived at around 5pm.’

Tasmania, the region containing King Island in Australia is considered by experts to be a hotspot for beached whales.

The complex coastal topography of the area has been blamed for the frequency of whale strandings.

The biggest whale stranding in the areas history happened on mainland Tasmania, in 2020, leaving 380 pilot whales washed up on the beach.

The carcasses will likely be left where they were found, as the rocky coast makes machinery difficult to bring to the area.

The event comes exactly two years after Australia’s worst whale stranding on record, which occurred in the same location.

On 21 September 2020, 470 pilot whales were found beached and after a week-long rescue effort, only 111 whales were saved.