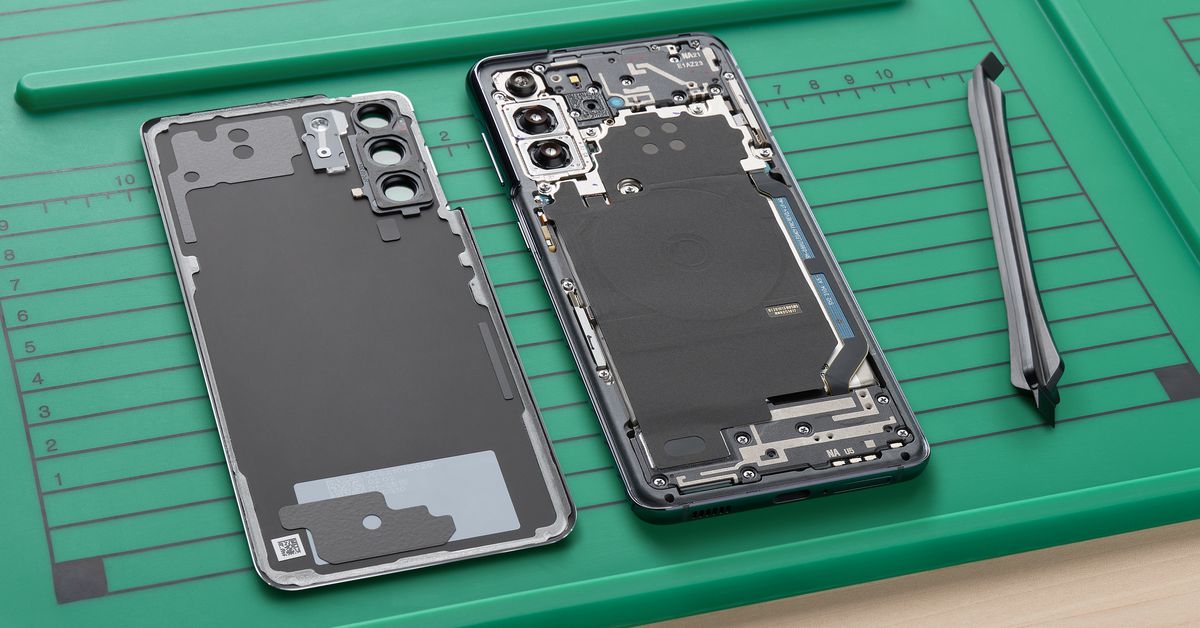 Samsung and Fixit have launched their repair program that lets Galaxy S20, S21, and Tab S7 Plus owners buy replacement parts for their devices and access guides on how to do DIY fixes. The program still has most of the caveats that my colleague Umar Shakir pointed out when it was announced in March — it’s not launching with parts for Samsung’s latest flagship devices and there’s a limited number of repairs you can do — but it’s good to see that at least some Galaxy owners will now be able to do their own repairs at home. Samsung also says it’s planning to expand the devices and types of repairs that are covered in the future.

You’ll be able to buy the parts and tools for screen, back glass, and charging port replacements through iFixit as well as at Samsung retail and service locations, according to Samsung’s news post on Tuesday. If you buy a display replacement kit, you’ll also get a return shipping label to send the old parts back for recycling.

As for pricing, Samsung says consumers will pay the same price for parts as its “affiliated repair providers” do. Jordan Guthmann, a PR representative for the company, shared a chart with prices, noting that they were subject to change. You can view the full chart below, but here’s a few examples to give you a general idea; an S20 display assembly will cost $199.99; the back glass will cost $69.99; and the charging port assembly costs $59.99. For the S21 Ultra, the back glass and charger cost the same as they do for the S20, while the display assembly costs $232.99.

Samsung still doesn’t say whether you’ll be able to buy a battery replacement by itself, and the company didn’t immediately respond to The Verge’s request for comment on the matter. Its press release does mention that the replacement display assembly will include a battery, but that won’t do much for you if your phone doesn’t hold a charge anymore but has a perfectly intact display. It’s worth noting that iFixit does have parts and instructions for the (seemingly rather tricky) S20 and S21 battery replacement process, but you won’t be getting an official Samsung part.

Unfortunately, iFixit doesn’t seem to sell batteries for Samsung’s current lineup of phones, the S22 series. That’s not changing today, as its partnership with Samsung doesn’t include those phones yet despite the fact that they came out in February.

Samsung is just the latest big tech company to roll out a program that lets you repair your devices at home with official instructions and parts. Google and Valve have also partnered with iFixit for their own repair programs, with the latter pretty much setting the bar by letting you replace almost every piece of your Steam Deck. (Though there have been a few issues keeping parts in stock.) Apple has also launched its own DIY repair program and will ship you pro-grade parts to replace your iPhone 12 or 13’s battery, bottom speaker, camera, display, or Taptic Engine vibration motor.

Pierre Poilievre preferred leader for Conservatives but not Canadians: poll

Ontario MP Pierre Poilievre remains the heavy favourite to be the next Conservative party leader but he trails opponent Jean Charest for support among...
Read more