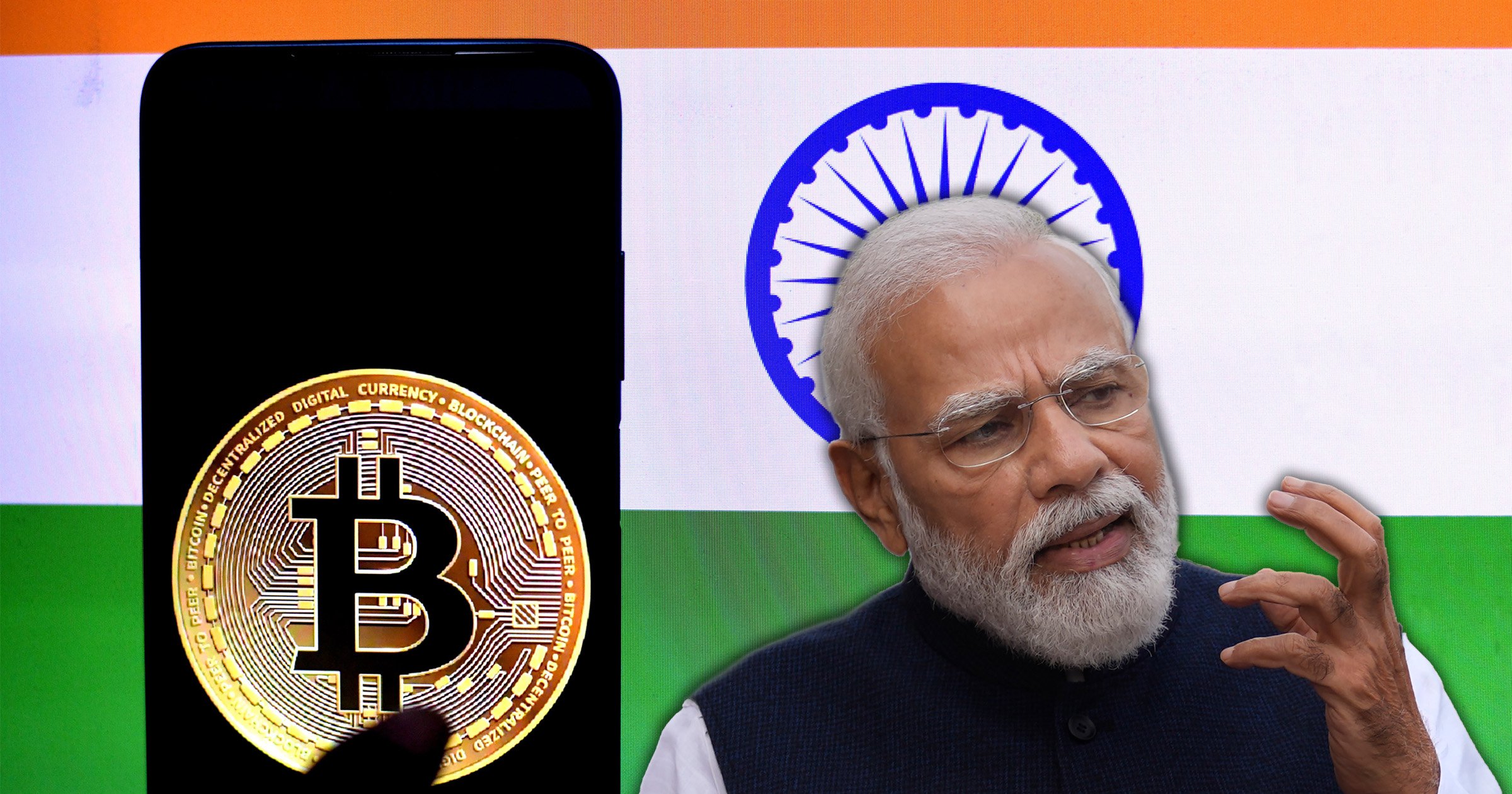 The hackers went on to tweet that India had adopted Bitcoin as legal tender and promised to distribute the cryptocurrency to all its citizens.

With over 73 million followers, Modi has one of the biggest Twitter followings of any world leader.

In comparison, America’s president Joe Biden has 31.8 million followers while Boris Johnson languishes behind with only 3.7 million Twitter followers.

Modi is known to be active on the social media platform, sending messages of congratulations to world leaders on their birthdays and election victories.

According to the fake tweet that has since been removed, the Indian government had officially bought 500 Bitcoins and was ‘distributing them to all residents of the country’.

The tweet also included a link to a possible scam.

The PM’s main account @narendramodi was the one hacked but the account was restored in no time, with a tweet from the official @PMOIndia confirming that the PM’s account had been ‘very briefly compromised’.

The clarification also prompted saying, ‘In the brief period that the account was compromised, any Tweet shared must be ignored,’ referring to the tweet about bitcoin.

This is not the first time Modi’s Twitter account has been hacked in relation to a cryptocurrency-related tweet. In September, a series of tweets asked his followers to donate to a Covid relief fund using cryptocurrency.

The latest hack comes as India prepares to introduce a new bill in parliament, regulating cryptocurrency. The upcoming legislation would reportedly stop cryptocurrencies like Bitcoin or Ethereum from being used for payments.

However, they could still be held as an asset like shares, gold or bonds.

The description of the bill also says it would allow for ‘certain exceptions to promote the underlying technology of cryptocurrency and its uses’ but its full implication is still unclear. The bill is yet to be presented in the current parliamentary session.

The move would put a wrench in the works for consumer adoption of crypto in India but is an improvement from original plans to entirely ban crypto in the country. Modi had previously said that cryptocurrencies could ‘spoil our youth’ at a conference last month.

India’s Finance Minister had earlier said that they were ‘looking at ways in which experiments can happen in the digital world and cryptocurrency’ to decide on a balanced approach. PM Modi’s recent comments hint that progressive steps could be taken as cryptos represent an evolving technology.

While trading of cryptocurrencies is not directly regulated in Britain, offering services such as trading in cryptocurrency derivatives still requires authorisation.

China is among the countries that have taken a harsh stance on crypto, banning crypto trading and eliminating any residual activities, claiming that it harms China’s pursuit of carbon neutrality.

Regulating cryptos instead of completely shutting the door on them is a calculated move by India and is likely to be the path taken by other large economies.

Judging by the hack, crypto enthusiasts don’t seem to be happy about it.


MORE : India moving to ban cryptocurrency as a payment method


MORE : El Salvador plans first ‘Bitcoin City’ at the base of a volcano

The Biggest ‘1899’ Questions We Need Answered in Season 2 – CNET

I've finished watching 1899 on Netflix, all the way through to its frustrating ending. I have questions. Warning: Spoilers for 1899 ahead.The show begins as a seemingly...
Read more

Why Are Some Parents Trying to Take School Library Databases Offline?

In 2018, 650,000 students in Utah lost access to the library database EBSCO for nearly a month, after a group of parents claimed the...
Read more