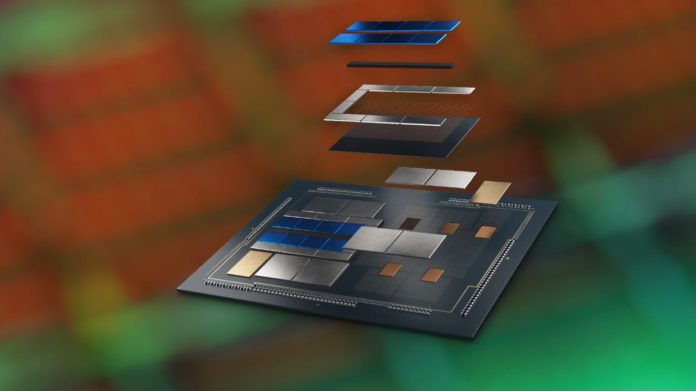 In a product update to its customers on July 6, Intel announced that it has discontinued Lakefield processors based on its Foveros chip packaging technology.

The announcement came as a surprise given that Lakefield launched in Q2 2020. As a refresher, Lakefield featured two different processor microarchitectures and a stacked package using Foveros. The package also contained the system memory, coming with either four or eight-gigabyte options.

Intel first announced Lakefield and the Foveros 3D packaging in 2019. Its design resembled a tiramisu: two DRAM layers stack sat atop the compute die, and the compute die was in turn stacked on top of the base die with the cache memory and I/O. Finally, they were stacked onto an interposer that sent data between the layers over a through-silicon vias (TSV).

By blending core architectures and condensing components into a single package, Lakefield was supposed to maximize battery life and create a new category of razor-thin PCs. Its single high-power “Sunny Cove” core would only kick in under heavy workloads while the four “Tremont” efficiency cores chew through light operations. Toggling between the two would greatly increase battery efficiency for mobile devices. Moving the system memory onto the CPU package also reduced circuit complexity and thus helped to shrink the mainboard size.

But Lakefield only made its way into a handful of products. The most notable device was Lenovo’s ThinkPad X1 Fold, a foldable laptop with a wireless keyboard. Samsung also included Lakefield in its premium Galaxy Book S.

So why wasn’t Lakefield more popular? Despite its higher complexity, its cost didn’t appear to be a major factor. Intel listed the Lakefield Core i3-L13G4 and the Core i5-L16G7 at $281, the same customer recommended price as the Tiger Lake Core i3-1125G4. The price also included the cost of memory, something other processors did not carry.

But Lakefield came at a time when Intel was wrestling with its 10nm transistor node. The company was also focused on meeting the demands in its enterprise business. Ultimately, system integrators and OEMs favoured Intel’s Ice Lake processors and competing products from AMD.

But it’s clear that Intel hasn’t given up on its hybrid approach to processors. The company’s upcoming Alder Lake processors, which powered on earlier this year, will feature the “Golden Cove” performance cores along with Goldmount efficiency cores.

In an email statement to IT World Canada, Intel said that demand for Lakefield is being shifted to other products and that its discontinuation will not affect the release of Alder Lake processors coming later this year.

“Intel Core Processors with Intel Hybrid Technology, also known by the codename “Lakefield,” was an important milestone in our xPU strategy and ongoing architecture innovation,” Intel wrote. “They demonstrated the potential of hybrid x86 CPU and new packaging technology for enabling significantly reduced board size, while delivering Intel Core performance.“

What is unclear, however, is when and how Intel will introduce a Lakefield replacement to the mobile segment. There’s no hurry though; Intel’s Tiger Lake processors are still thriving in today’s devices.

Persona 5 and Nier: Automata are coming to the Switch

The Nintendo Switch is getting some big-name roleplaying games. At a Nintendo Direct Mini today, Nintendo revealed that Persona 5 Royal (along with its...
Read more