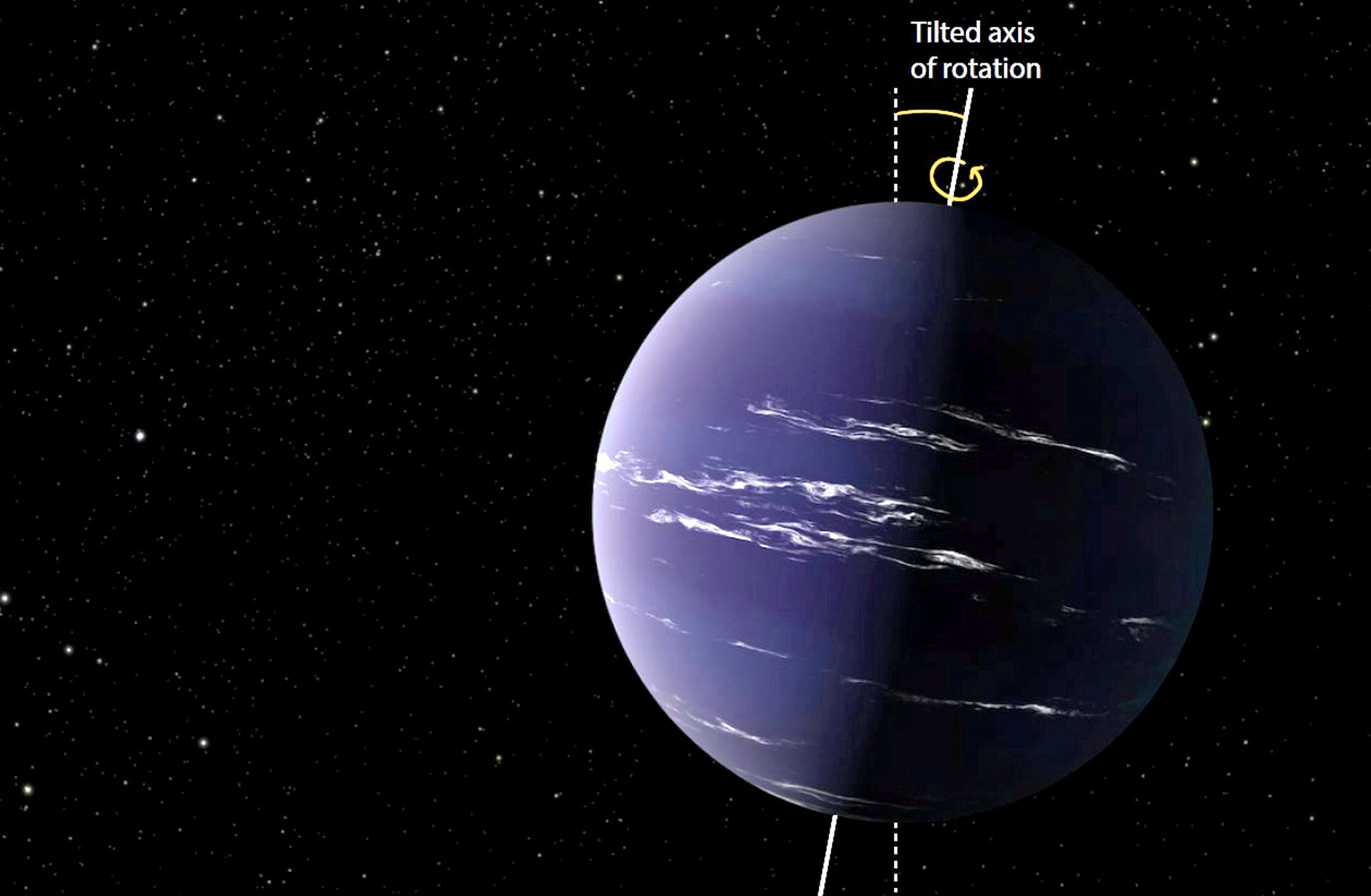 Intelligent aliens are most likely to be found on planets with an Earth-like tilt, according to new research.

Such planets could have twice as much of the nutrients capable of evolving complex organisms, say scientists whose findings narrow down the search for extra-terrestrials that could contact us.

It helps identify worlds outside the solar system – or exoplanets – where there could be technology.

When Earth rotates, its spin axis – an imaginary line that passes through the North and South Poles – slopes.

Seasons arise as a result – with parts receiving more direct sunlight in summer than in winter.

Now sophisticated simulations of the conditions needed for plants and animals to evolve has found the tilt increases atmospheric oxygen.

The chemical is one of the most vital ingredients for advanced life, explained the US team.

Co author Megan Barnett, a graduate student at the University of Chicago, said: ‘The most interesting result came when we modelled ‘orbital obliquity’ – in other words how the planet tilts as it circles around its star.

‘Greater tilting increased photosynthetic oxygen production in the ocean in our model, in part by increasing the efficiency with which biological ingredients are recycled.’

She added: ‘The effect was similar to doubling the amount of nutrients that sustain life.’

An exoplanet needs to be just the right distance from its star to sustain even primitive life – the so-called ‘Goldilocks zone’.

The Nasa funded study found looking for ones that also tilt hold the key to finding ET.

Earth and Uranus are tilted at an angle of 23.5 and 98 degrees, respectively – whereas Mercury is not tilted at all.

Ms Barnett said: ‘For comparison, the Leaning Tower of Pisa tilts at around four degrees, so planetary tilts can be quite substantial.’

Oxygen plays a critical role in respiration, the chemical process which drives the metabolisms of most complex living things.

Some basic life forms produce oxygen in small quantities. But for more complex life forms, such as plants and animals, it is critical.

Lead author Dr Stephanie Olson, of Purdue University, Indiana, said: ‘The model allows us to change things such as day length, the amount of atmosphere, or the distribution of land to see how marine environments and the oxygen-producing life in the oceans respond.’

Increasing day length, higher surface pressure and the emergence of continents all influenced ocean circulation and nutrient transport in ways that may increase oxygen production.

These relationships may have contributed to Earth’s oxygenation by favouring its transfer to the atmosphere as rotation of the planet slowed, continents grew and surface pressure rose.

Dr Olson said: ‘There are several factors to consider in looking for life on another planet.

‘It needs to be the right distance from its star to allow liquid water and have the chemical ingredients for the origin of life.

‘But not all oceans will be great hosts for life as we know it, and an even smaller subset will have suitable habitats for life to progress towards animal grade complexity.

‘Small tilts or extreme seasonality on planets with Uranus-like tilts may limit the proliferation of life, but modest tilt of a planet on its axis may increase the likelihood it develops oxygenated atmospheres that could serve as beacons of microbial life and fuel the metabolisms of large organisms.

‘The bottom line is worlds that are modestly tilted on their axes may be more likely to evolve complex life.

‘This helps us narrow the search for complex, perhaps even intelligent life in the universe.’

Professor Timothy Lyons, a planetary scientist at the University of California, Riverside, who was not involved in the study, said it is ‘certain to help guide it.’

He added: ‘The first biological production of oxygen on Earth and its first appreciable accumulation in the atmosphere and oceans are milestones in the history of life on Earth.

‘Studies of Earth teach us oxygen may be one of our most important biosignatures in the search for life on distant exoplanets.

‘By building from the lessons learned from Earth via numerical simulations, Olson and colleagues have explored a critical range of planetary possibilities wider than those observed over Earth history.

‘Importantly, this work reveals how key factors, including a planet’s seasonality, could increase or decrease the possibility of finding oxygen derived from life outside our solar system.’

The findings were presented at the virtual Goldschmidt Geochemistry Conference.


MORE : Aliens could be watching us from 29 different planets, astronomers reckon