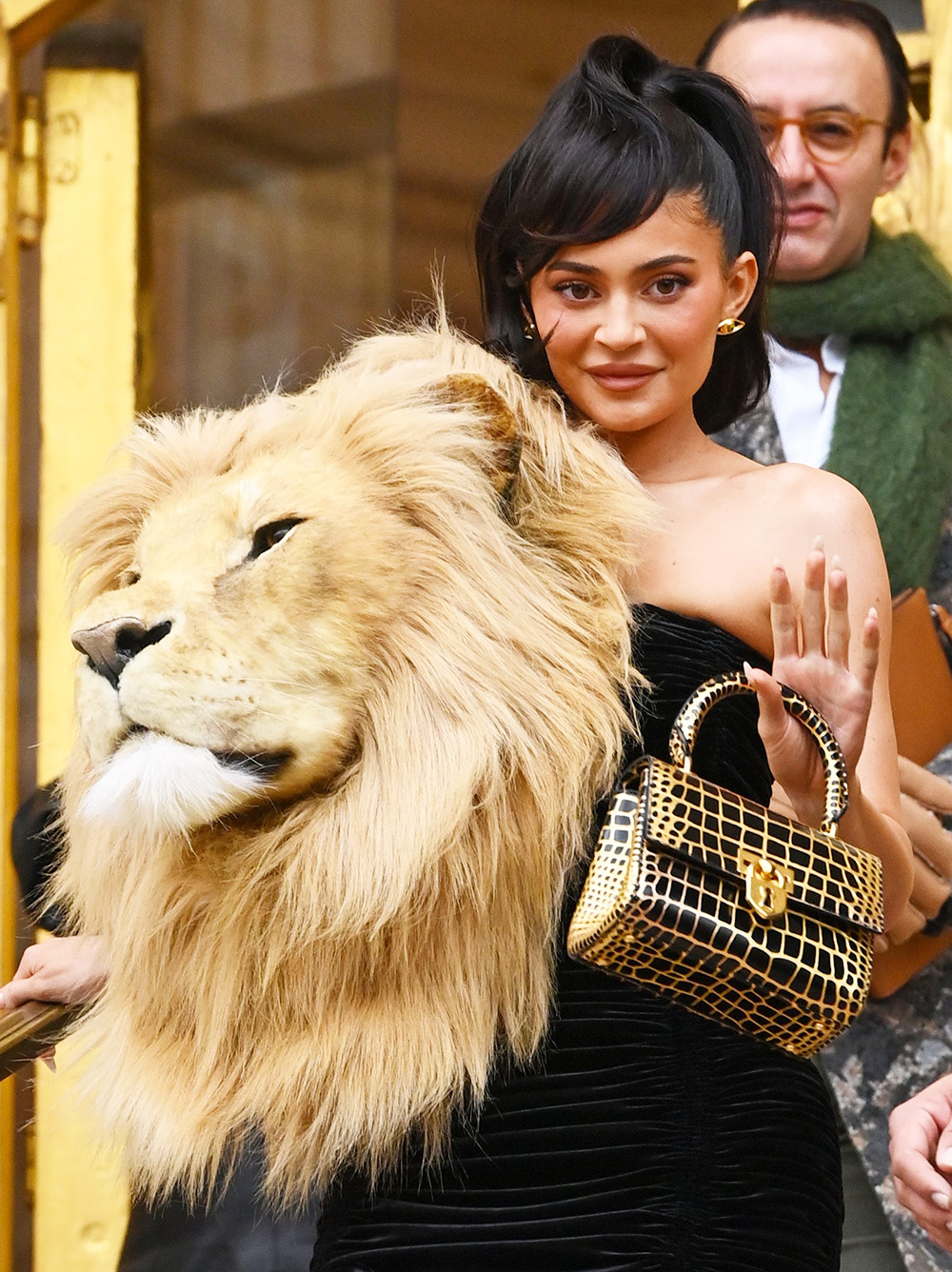 Claws out! Irina Shayk fiercely fought criticism of one of her looks from Paris Haute Couture Fashion Week. The fashion house Schiaparelli faced major backlash after debuting a dress that featured a frighteningly realistic replica of a lion’s head on the front. A version of the gown, which Irina modeled on the runway, was also worn by Kylie Jenner, ahead of the show on Jan. 23, 2023.

Though the faux lion was made entirely of fabric, resin paint, and foam, people were still up in arms. Many claimed the black velvet column dress and imitation taxidermy still glorified poaching and pelts, despite behind cruelty-free.

But Irina made sure to defend the creators behind the piece in a Jan. 23, 2023 Instagram post.  “I support these incredible artists who worked tirelessly, with their hands, using wool, silk, and foam, to sculpt this embroidered Lion, and image of Pride,” the model mother-of-one wrote.

“An image that @schiaparelli invokes while exploring themes of strength. I am honored to have been called on as well to lend my art as a woman to this.” She tagged the fashion house’s creative director Daniel Rosenberry in the tribute.

Her carousel of photos showed the team of designers and couturiers who worked countless hours on the gown. The post also featured concept sketches of the gown, as well as behind-the-scenes snaps from fittings and close-up details of her shoes, which looked like dark feet with gold toenails.

Schiaparelli also defended its design online, noting “no animals were harmed in making this look.” The piece was “hand-sculpted foam [and] wool and silk faux fur, and hand-painted to look as life-like as possible, celebrating the glory of the natural world.”

Model/animal activist Christie Brinkley was one of the dress’ many detractors, describing the look as “sickening” and a “fashion faux paw” in an Instagram comment reported by Newsweek. She shared, “It looks as though the models picked up the cruel hunters’ carpet and severed head wrapped them around themselves to be viewed as a stylish thing of beauty … pelts are a symbol of human’s cruelty and ignorance.”

A “911 issue” is causing service disruptions in Nova Scotia and New Brunswick Tuesday morning. An emergency alert was issued in Nova Scotia shortly after...
Read more

The outlook for the global economy is growing slightly brighter as China eases its zero-COVID policies and the world shows surprising resilience in the...
Read more

Phillips cut 6000 jobs, China’s Baidu to launch its own version of ChatGPT in March and a foldable iPad in the works. That’s all the...
Read more