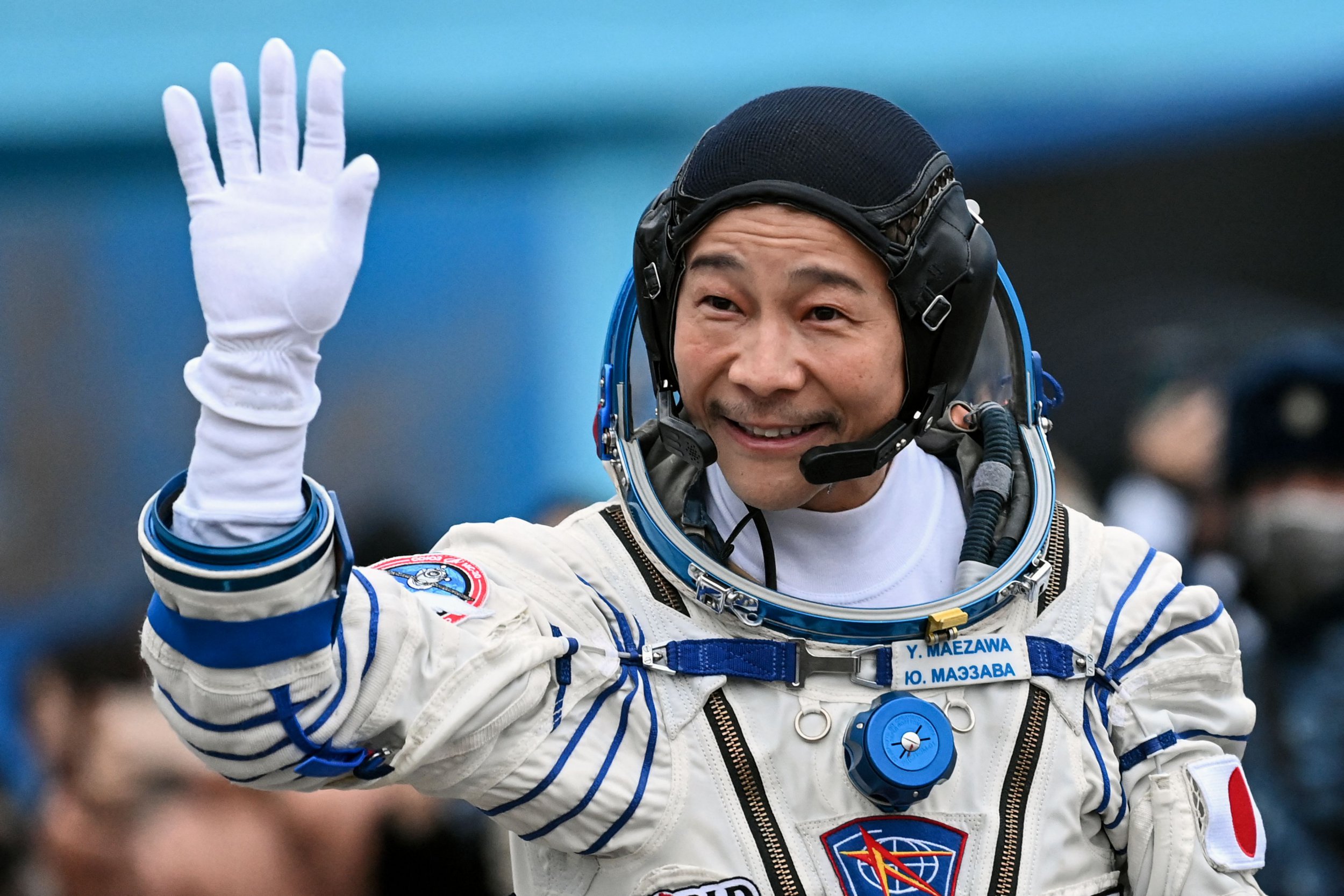 Japanese billionaire Yusaku Maezawa has been pictured floating on board the International Space Station (ISS) as he begins his 12-day stay.

Maezawa journeyed to the ISS earlier this week alongside his assitant Yozo Hirano and together they become the first self-funded space tourists to visit the oribiting lab in over a decade.

They were joined by Roscosmos cosmonaut Alexander Misurkin aboard a Soyuz MS-20 spacecraft and docked with the space station early on Wednesday morning.

The three of them will document their stay aboard the ISS for Mr Maezawa’s YouTube channel.

‘I would like to look at the Earth from space. I would like to experience the opportunity to feel weightlessness,’ Mr Maezawa said at a pre-flight press conference.

While the exact amount paid by the billionaire for the two tickets is a closely-guarded secret, estimates put the figure at around $50-$60 million (£38m – £45m).

Maezawa, who made his fortune in the fashion industry, is also set to become the first paying customer for space flights hosted by Elon Musk’s private company SpaceX.

Rather than following the likes of Jeff Bezos’ Blue Origin and Richard Branson’s Virgin Galactic, SpaceX wants to take people even further into space.

Maezawa and his entourage are scheduled for a six-day trip around the moon with SpaceX – the first people to do so since Nasa’s Apollo astronauts in 1972.

Who is Yusaku Maezawa?

The 45-year-old executive is a billionaire thanks to the success of his online fashion retail website Zozotown which has grown to become the largest of its kind in Japan.

He grew up in Tokyo and, in the early 1990s, started up a band with some schoolmates. Instead of going to college, Maezawa went to the US with his girlfriend and started collecting CDs and records. When he returned to Japan he started up his first business: selling important albums through the post.

As the mail-order business grew, Maezawa launched an online company called Start Today that sold clothing. A sub-division of Start Today, Zozotown was launched in 2004, and grew to become incredibly popular in Japan.


MORE : Nasa and SpaceX to crash satellite into an asteroid – here’s why


MORE : Elon Musk set to be world’s first trillionaire thanks to Starlink

Exp. Points are the most valuable resource in Pokemon Scarlet and Violet, even moreso than actual in-game money. You may need a shot of...
Read more

This California city asked where its recycling went. The answer wasn’t pretty.