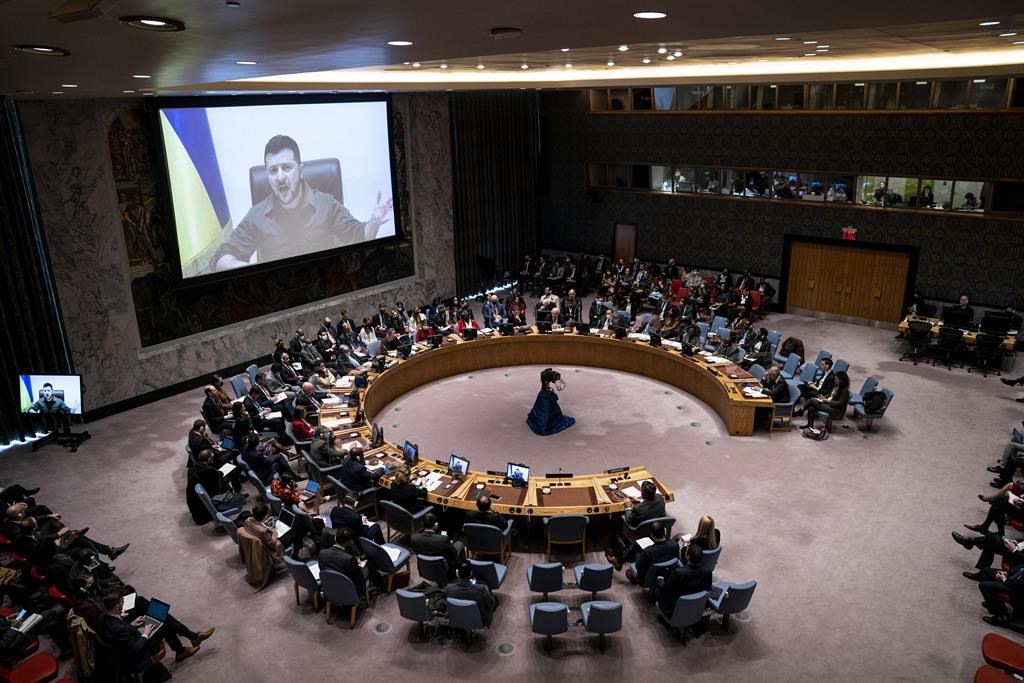 Japanese Prime Minister Fumio Kishida expressed disappointment Tuesday over the failure of the United Nations Security Council to respond to the Russian invasion of Ukraine because of Russia’s right of veto, calling for reforms that would allow the U.N. to better defend global peace and order.

The United Nations used to play a central role in maintaining world peace, but “the foundation of the international order is violently shaken right now,” Kishida said in a speech at the U.N.’s annual assembly of world leaders.

Russia’s invasion of Ukraine tramples the philosophy and principles of the U.N. Charter and the notion that all nations should follow the rule of law, he said. Russia is a permanent member of the U.N. Security Council, and has rejected criticism of its actions in Ukraine.

“We must face the reality that the integrity of the United Nations is at risk because of the invasion of Ukraine by Russia, which is a U.N. Security Council member,” Kishida said. Reforms have been discussed for nearly 30 years, he said. “What we need is action toward reforms, not just talk.”

Japan has long sought to reform the U.N. Security Council, saying it was designed by the victors of World War II and does not reflect the reality of international society. Japan has promoted a reform plan with Germany, India and Brazil as the Group of Four since 2004. Achieving changes, however, would require a hard-to-pull-off U.N. Charter change.

Kishida said Japan is committed to providing greater support for the United Nations to help it play a greater role in keeping global peace and security.

0:55
Ukraine calls for designation of Russia as terrorist state to save Zaporizhzhia nuclear plant

Ukraine calls for designation of Russia as terrorist state to save Zaporizhzhia nuclear plant – Sep 6, 2022

Japan is to serve as one of the non-permanent members of the Security Council beginning in January. Kishida pledged that Japan will “sincerely listen to the small voices, not only the big voices, in order to strengthen the rule of law in international society.”

Kishida, who is from Hiroshima, the first city to be attacked by an atomic weapon, said he is committed to creating a world without nuclear weapons. He expressed disappointment over the failure of negotiators last month to reach an agreement on the U.N.’s Nuclear Nonproliferation Treaty — considered the cornerstone of nuclear disarmament — because of Russia’s rejection.

Kishida said he has not given up hope. He said he is also open to holding talks without preconditions with North Korean leader Kim Jong Un on that country’s nuclear weapons ambitions as well as the abduction of Japanese citizens to the North.