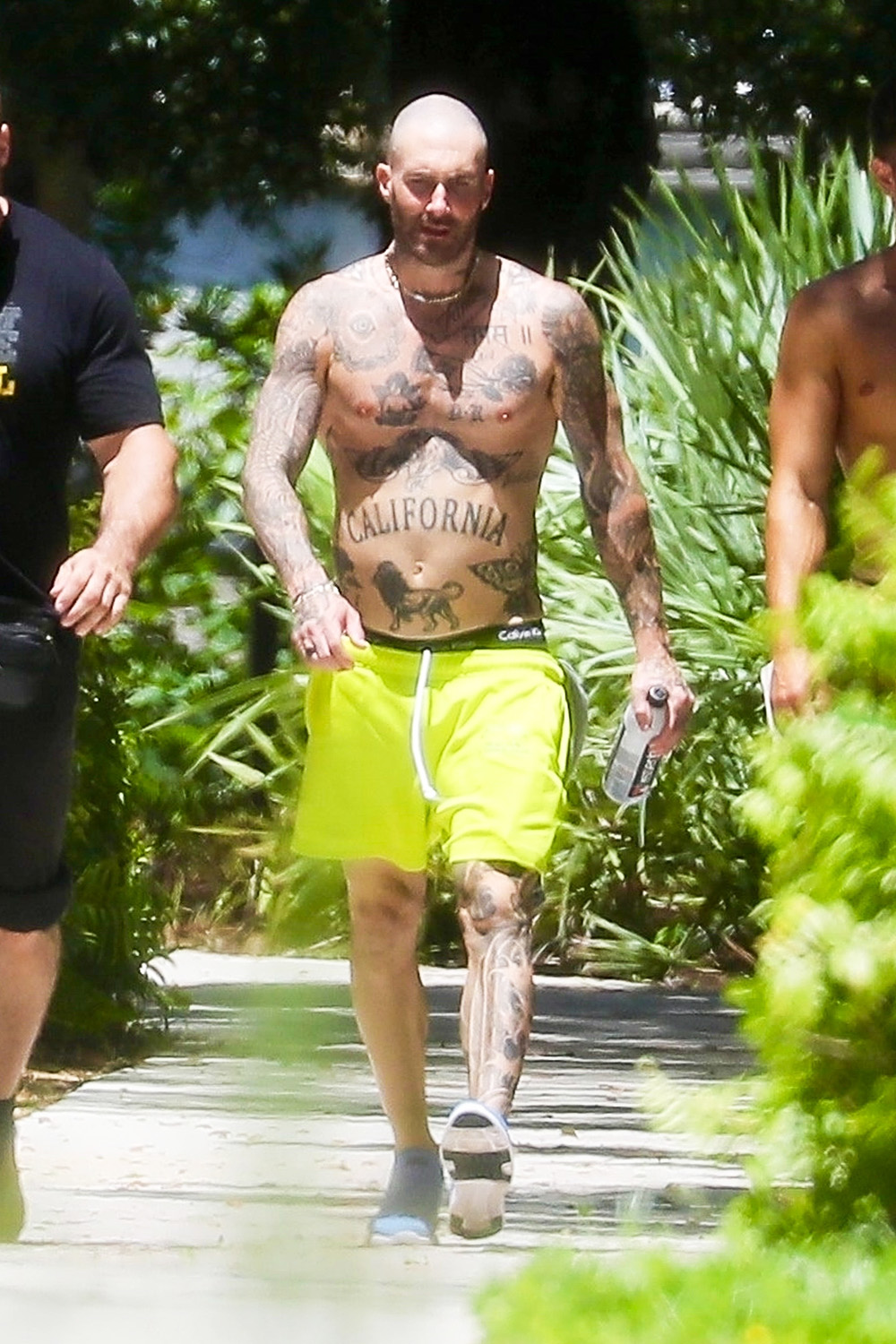 Josh Brolin is sexy and he knows it! The 54-year-old father of four flaunted his fit body via a mirror selfie he shared on Instagram on Friday, Dec. 9 and revealed his sculpted abs and bulging biceps are all thanks to his training for Dune: Part Two. “Dune did it,” he captioned the image, seen below. The sizzling snapshot was taken from a bathroom and showed Josh holding up a Shaka sign while wearing black tights. He accessorized with a silver necklace that featured handcuff pendants hanging from it. His caramel-colored hair was long and pushed back away from his forehead, and he sported a gray goatee.

Josh’s comments section was filled with messages of praise. “How does a man your age still have that body?!” fellow actor Joe Pantoliano wrote. “You defy genetics. In truth hard work pays off!” environmental activist founder Paul Nicklen called him a “Greek God”. Meanwhile, photographer Lee Jefferies encouraged Josh to take credit for his hard work. “Nah… you did it brother! Takes a strong mind to get back ‘the edge’… and look at ya! Sexy AF! Now… stay there! Your kids need a strong daddy,” he raved.

Meanwhile, his wife, Kathryn Boyd Brolin, commented several fire emojis to show her approval. The couple has been married since 2016 and shares two kids: Westlyn, 4, and Chapel, 1.

Although the Avengers actor was in shape for the first Dune film, in which he portrays House Atreides’s Warmaster Gurney Halleck, he admitted his fighting moves were not easy to pull off — especially in comparison to 26-year-old Timothée Chalamet. “The 53-year-old guy making karate moves; it hurts,” he confessed on Good Morning America in Oct. 2021 after watching an action clip from the critically acclaimed film. “Timothée … he’s agile and he’s young. For me, it was some work.”

Dune debuted on Oct. 22, 2021 and is Denis Villeneuve‘s adaptation of Frank Herbert‘s bestselling 1965 novel of the same name. The movie also starred Zendaya, Oscar Isaac, Rebecca Ferguson, and Jason Momoa. Dune: Part 2 is slated for a 2023 release and will also include Austin Butler, Florence Pugh, and Christopher Walken.

Josh originally beefed up after he was cast to play the X-Men character Cable in Deadpool 2. “When we got that phone call saying that he booked this role and it was going to be one of the biggest roles for one of the biggest movies, we had to dive right in,” Josh’s trainer Justin Lovato told Men’s Health in June 2018. “He took it real seriously… training three hours a day.” Justin went on to reveal that Josh hit the gym twice a day for 90-minute sessions five to six times a week to prepare for the role.