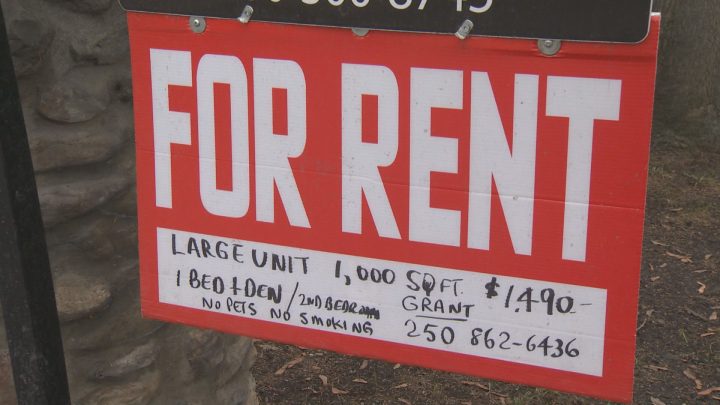 Who made the land and sky?

Indigenous people have been telling tales to answer that question since long before the settlers arrived in North America — and those tales are still being told today, as part of the rich oral tradition that lives on among many First Nations across Canada.

Read more:
A Day to Listen: Amplifying Indigenous voices and working towards reconciliation

The stories vary from one community and storyteller to another, and they can teach a different lesson each time they’re told, according to Chantal Chagnon, an Ojibwe storyteller and artist from Muskeg Cree Lake Nation, Sask.

“Many people will have different perspectives, different interpretations, but it’s about your personal experience and personal growth and what learnings you need from that story,” said Chagnon.

Perhaps no story is more essential than the origin of the sun and the land — a story that has been told many times across Canada’s Indigenous communities.

The origin of Turtle Island

In a Cree legend shared by Chagnon, Wasakajak helps the world recover from a great flood by venturing out with Beaver, Turtle and Muskrat to find soil.

It is said that the giant flood was the “Creator’s anger at the humans for destroying the land,” and that the Creator wanted a new start.

Beaver and Turtle failed in their searches, said Chagnon. Then the tiny Muskrat “stepped through the crowd and she popped out her chest really proudly and said she could do it.”

“It’s a glimpse of a way of belief and understanding, a deeper meaning of culture.”

Muskrat dove into the water and was out of sight for a long time. A “bubble of air surfaced” and all the animals grieved, assuming she had failed.

But she hadn’t. According to this legend, Muskrat floated to the surface with a small patch of soil in her paws.

“Wasakajak took the soil and rubbed it onto the turtle’s back and as he did, it got larger and heavier, and so it created all of the landmass that we see now,” Chagnon said. “This is why we call North America Turtle Island.

“He took a deep breath and blew to the east and as he did, Grandfather Sun came up from behind the clouds, and he warmed the earth. All of the seeds that were within the earth began to spring into life.

“Wasakajak blew to the south and the earth began to shake. Huge trees began to grow out of the ground. Mountains started to form, which led to valleys, and the hills and plains to deserts and to all of the land that we see now.”

According to another Indigenous legend from the Na-Cho Nyak Dun First Nation in northern Yukon, the creation of light came from a mythological figure known as Raven.

The legend outlines hardships that should still be familiar to much of humanity today: those of pregnancy, motherhood, sacrifices and love.

“We were all in darkness at one time, and there’s a beautiful story about how Raven was able to trick the Big Sky Chief into giving him light so he can bring light to the world,” says Louise Profeit-LeBlanc, a traditional story keeper from the First Nation of Na-Cho Nyäk Dun in Mayo, Yukon.

The woman who gave birth to Raven was the second wife of the Big Sky Chief, a legendary being in the form of the sun.

The Big Sky Chief killed their first two children for “unknown reasons,” according to the legend told by Profeit-LeBlanc.

When she got there, the grieving woman went into the sea in hopes of being pulled under the waves.

Profeit-LeBlanc says the woman encountered a “mysterious man” who appeared on the shore. He comforted her over the loss of her first two children and instructed her to “go back to her camp and make a fire.”

As the tale goes, she made the fire and was instructed to “place a stone in the fire” and then swallow it whole.

“She thought, ‘Oh man, he is trying to help me do the job quickly,’” said Profeit-LeBlanc, indicating the woman thought that the mysterious man wanted to help her find an easier way to die. “She threw it in her mouth. And she drank water quickly, so it didn’t burn her mouth or tongue.

She was pregnant. According to the legend, the woman gave birth to Raven under a tree. When Raven was able to fly, he grew tired of flying in the dark world, so Raven looked for light.

”These are stories that help people to continue to be resilient, strong and loving.”

One day, Raven saw Big Sky Chief take the light out of a box. Raven decided he would steal that light.

Raven was flying when he saw the Big Sky Chief’s daughter bathing in the river. He turned himself into a spruce needle, which the woman swallowed.

Raven immediately transformed again into his true form and flew off with the light. The Big Sky Chief transformed into an eagle and chased Raven across the land and over the ocean.

During the chase, Raven “knocked the ball of light into a cliffside,” and the piece that broke off became the moon and stars.

Raven fled across the ocean and eventually the eagle turned back. Raven “dropped the ball of light” in exhaustion and the light “began to rise over the horizon, becoming the sun.”

“This is the amazing thing about the oral tradition of Indigenous people. This story is packed with knowledge. It’s packed with cultural knowledge, theoretical knowledge, what and how people help each other,” said Profeit-LeBlanc.

There are often multiple tales that tell the same story; in many cases, different Indigenous groups from all over Turtle Island have varied versions, showcasing the beauty of the oral tradition.

Buffalo and the first fire

In a Cree legend shared by Chagnon, humans learned how to create fire after it was stolen from the Thunderbirds, another group of mythological beings.

As the legend goes, Wasakajak kept a keen eye on the “two-legged,” a term used to describe humans.

“By the fourth year, the winter got really, really cold. It got so cold that the two-legged people started freezing to death and Wasakajak knew that something had to be done,” said Chagnon.

“Wasakajak went to the Creator, who said to him, ‘Go and talk to the Buffalo and tell him the situation and see what the Buffalo are willing to do.’

“And so the Buffalo said, ‘I’m going to teach all of the two-leggeds how to use every aspect of me. To know how to feed themselves through the winter with my meat, how to be able to cook it and dry it, but also how to make clothing out of my hide, how to smoke it, to make leather, how to be able to create blankets to be able to stay warm. I will teach them how to stretch my hide along with the lodgepole pine tree to create a teepee.’

“The people learned how to sustainably use the buffalo and never take more than what they needed, but it was still too cold and they were starting to die,” said Chagnon.

Read more:
Canadian UFO sightings are up — but are aliens or COVID-19 to blame?

Wasakajak’s only option was to ask the Thunderbirds, who controlled the storms, to stop the cold weather.

“He said, “Thunderbird, Thunderbird, please stop with the weather, it’s too cold for the two-leggeds.’”

“Wasakajak asked for fire instead, but the Thunderbirds said no.”

Chagnon says that in the legend, Wasakajak tried to steal one of the Thunderbirds’ fire eggs while they slept.

“He tripped over a root and he dropped the fire egg, and it started to roll down the hill towards the two-leggeds and left a trail of fire behind it.”

Wasakajak took shelter in some birch trees, which the Thunderbird attacked in anger. Its claws “left deep dark grooves in the tree,” which are the “same ones we see today on the bark,” said Chagnon.

The fire egg rolled into the midst of the two-leggeds, “who gathered around the fire and began to tell stories to one another.”

These stories and many more have been told around campfires for centuries. They don’t always mean the same thing or include the same details or characters, but the legends and myths are all a part of our shared history, even if we come from very different places. Despite this, each legend and myth has important meaning.

“It’s a glimpse of a way of belief and understanding, a deeper meaning of culture,” said Chagnon. “But storytelling is essential in any culture, because it teaches us about the world around us and it’s a way to connect on a deeper level.”

”These are stories that help people to continue to be resilient, strong and loving.”