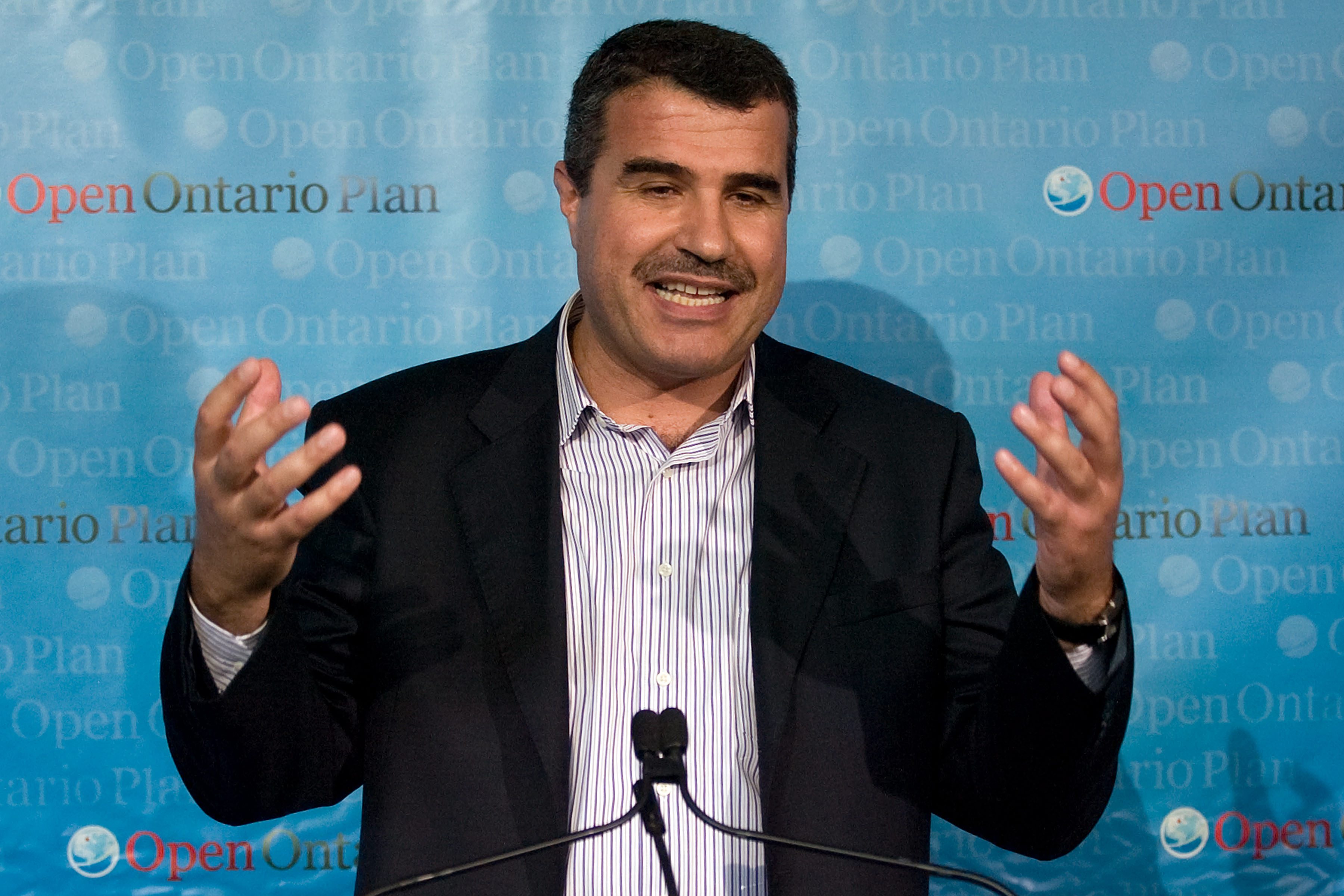 The former London-Fanshawe MPP unveiled his platform Tuesday morning in front of dozens of supporters inside the Best Western Plus Lamplighter Inn and Conference Centre in south London.

Other promises include free transit for those aged 65 and up, a program to protect tenants from negligent landlords and the creation of hundreds of affordable homes, all within Ramal’s first month in office.

An online version of the platform is available on Ramal’s campaign website.

Mayoral candidate Khalil Ramal is unveiling his platform. Promises from the former MPP include 2 new “Centres for Homelessness”, 100s of affordable homes in his first month in office, a localized RentSafeTO program and reintroduction of BRT’s scrapped north/west legs #LdnOnt pic.twitter.com/ky0zUJI65b

On the homelessness front, Ramal looks to bring forward ideas that were first presented by local advocacy group The Forgotten 519, who made headlines when one of its members held a hunger strike to call on the city to meet the group’s demands.

These ideas include two “Centres of Homelessness,” one in the east and one in the downtown, to provide round-the-clock support, as well as with halting the removal of encampments, tents, campsites or squats in parks, along the Thames Valley Parkway, and in empty city lots.

Ramal also wants to partner with front-line agencies to address poverty and addiction issues in the city, and expand the London Food Bank’s greenhouse program in an effort to provide fresh and healthy food to those in need.

Ramal wants to see 6,000 new affordable units within the next four years and has set himself up with the ambitious goal of building “hundreds of new truly affordable homes” within his first month in office.

“I’ve been working on it for more than a year and a half,” Ramal told reporters when asked how he planned to get those homes built, adding that he’s been working with consulting agency Devonshire Financial to put together a proposal.

Another promise includes a localized version of the RentSafeTO program “to protect London renters from absent and negligent landlords.”

Toronto’s version of the program includes building evaluations at least once every three years, a phone system to track and respond to tenant service requests and a registration fee to be paid by landlords.

The idea was shot down by current city councillors in July, but local tenant advocacy group London ACORN wants the upcoming council to reconsider.

Much of the focus on safety is tied to boosting resources for the London Police Service.

This includes hiring “50 new frontline staff to work directly with police in responding to homelessness and addiction emergencies.”

Ramal also wants to increase police foot patrols in the downtown core by 75 per cent and task the London Abused Women’s Centre and ANOVA with training officers on how to work with “women who have been physically or sexually assaulted.”

Increased capacity is also being sought for agencies such as the local branch of the Canadian Mental Health Association and Ark Aid Street Mission.

Ramal told reporters that many of his ideas will lead to increased retention for current London workers, while also attracting new labour.

BRT presented one of the most controversial issues for city council in recent memory. Construction for the multi-year project first began in 2021.

“If we’re talking about attracting more students to London, if we’re thinking about creating more jobs, we have to think about efficient transit,” Ramal said.

Ramal wants to provide those aged 65 and up with free transit and continue Mayor Ed Holder’s call to fully electrify London Transit’s fleet.

A “city-wide safe and effective walking and cycling system” is being promised, along with more protected cycling lanes throughout London.

The final piece of Ramal’s platform promises a fully implemented Green Bin Program in the first two years of London’s next council term, along with finding a way to prevent sewage from being dumped into the Thames River.

Ramal also looks to work with city officials, ReForest London and senior governments to “restore our urban forests to a 40 per cent canopy.”

London’s next mayor will only have one vote on city council, meaning Ramal’s promises will require the majority of his colleagues to be on board, something he’s confident he’ll be able to achieve.

“I’m a good salesperson, I’ve spent all my life selling my ideas and convincing people to work with me,” Ramal said.

As for how he’ll pay for his ideas, Ramal says there will be “no raising taxes,” adding that he will instead seek private donors, private partnerships and senior government funding.

“I’m going to work day and night to find the money for those projects. I already have commitments from many philanthropists to finance some of those projects,” Ramal said.

“Londoners are generous people … they will donate if they see changes and a better future for everyone in our city.”

The city’s municipal election is scheduled for Oct. 24.