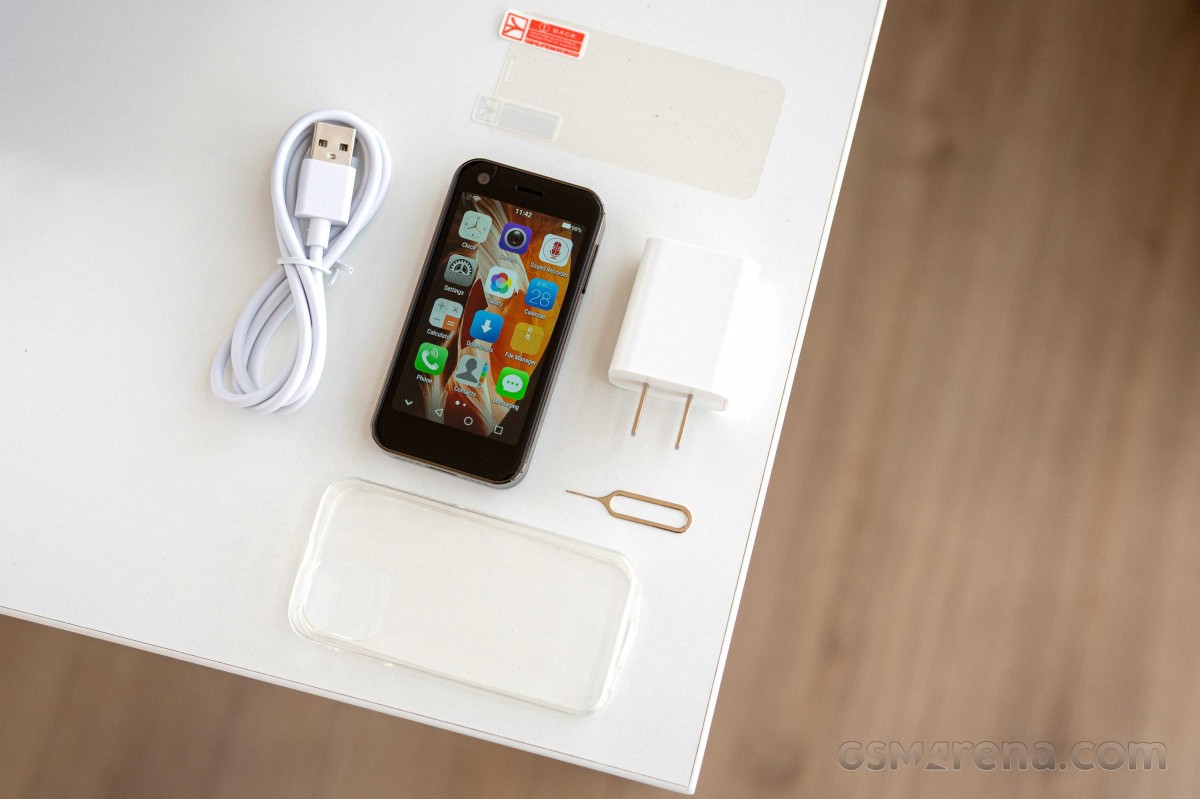 In a world where smartphones get bigger and bigger, one company decided to go against the grain and launch what it claims to be the smallest 4G smartphone. Meet the Mony Mint – tiny in size, but promising to fully replace your phone, while also saving you a few bucks.

The phone will eventually launch with Android Pie, although our early pre-release unit was running the very dated Android Marshmallow 6.0. That won’t stop us from doing a quick review because this phone is more about the size than offering the latest and greatest Android features. And it’s not like Android 9.0 is that up to date anyway.

The Mony Mist is currently available for $99 to various early backers though crowdfunding platforms, but the official retail price will be $150.

It is cheaper than the Palm, a name that rings a bell and under which TCL brought its own diminutive phone two years ago.

There is only one storage option here – 3GB RAM and 32GB storage, obviously without a slot for microSD cards. We can’t see anyone downloading huge 4K videos on this phone or overusing its camera so the limited space shouldn’t be a huge issue.

Interestingly enough the card tray has room for two micro-SIM cards (and not nano), which is an impressive feat on its own. 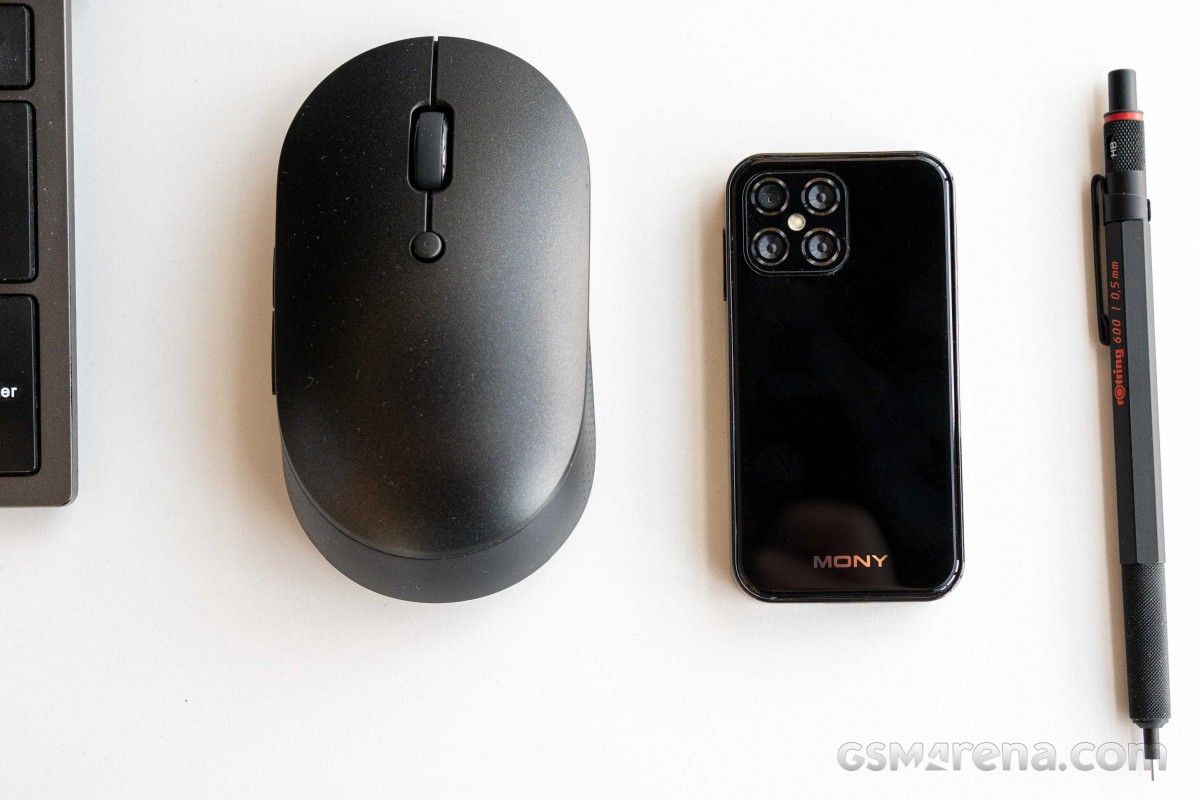 The resolution of the display might be just 480p, but the touch screen is decently responsive and even those with larger fingers can type decently if not necessarily quickly. Now let’s get deeper into the core experience of the smartphone.

The phone might be smaller in height and width but is nowhere near as thin as modern devices. It is 11mm thick, with an extra half of milimeteter for the camera bump. There is a power button on the right side and volume keys on the left and a USB-C port right in between the two speaker grilles on the bottom. 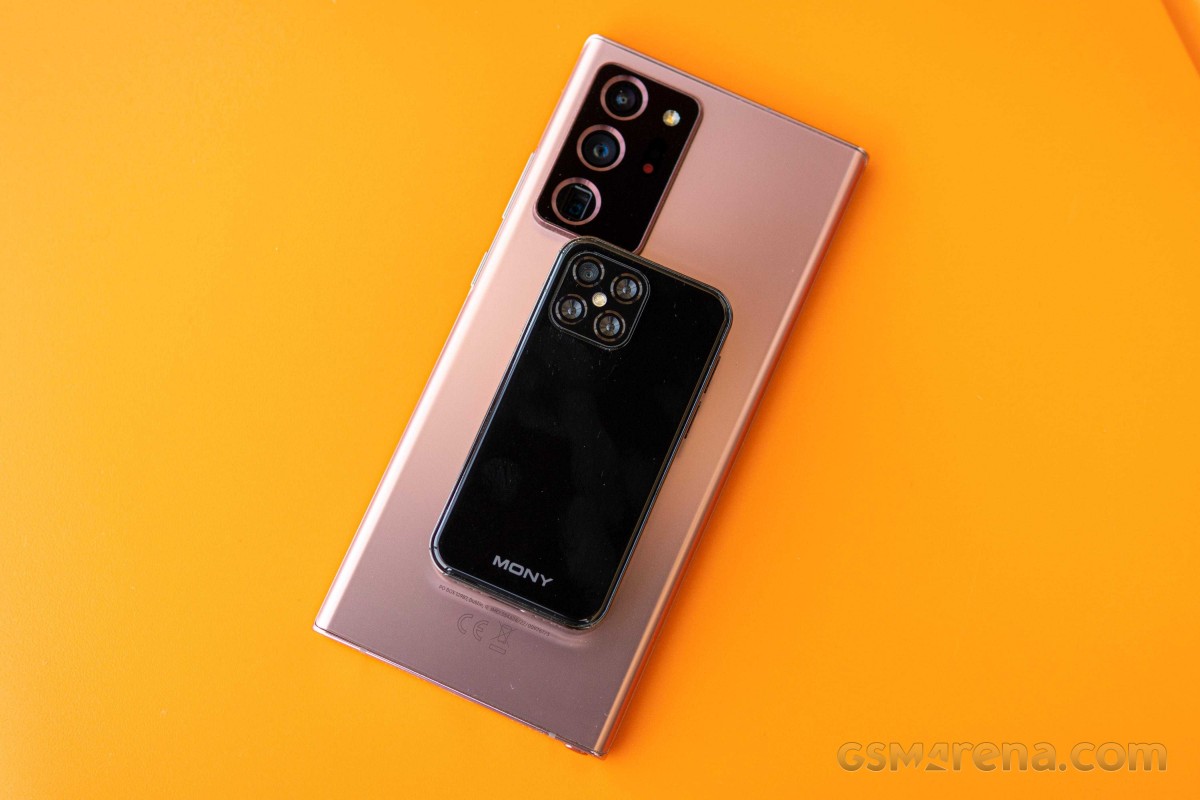 However, they are primarily for aestestics – the actual speaker is in the earpiece, and it is fairly loud for such a tight package. The overall design is reminiscent of an Apple device, especially with the glossy metallic-looking edge around the phone.

Renders of the phone might mislead someone that it is an iPhone 4, and Mony is not even shying away from the similarities, saying the Mist was inspired by Steve Jobs and is an homage to the late Apple co-founder.

The first question that pops up in the head when people see the phone is “Why”. Why is it so small? Well, Mony says it is “the ultimate answer to any situation where using a heavy, expensive primary phone is inconvenient”.

One of these scenarios, Mint claims, is while running. We have an avid runner in our team who just got back from the Skyrunning World Series in the Italian Alps, so we naturally asked him to shed some expertise on the matter. 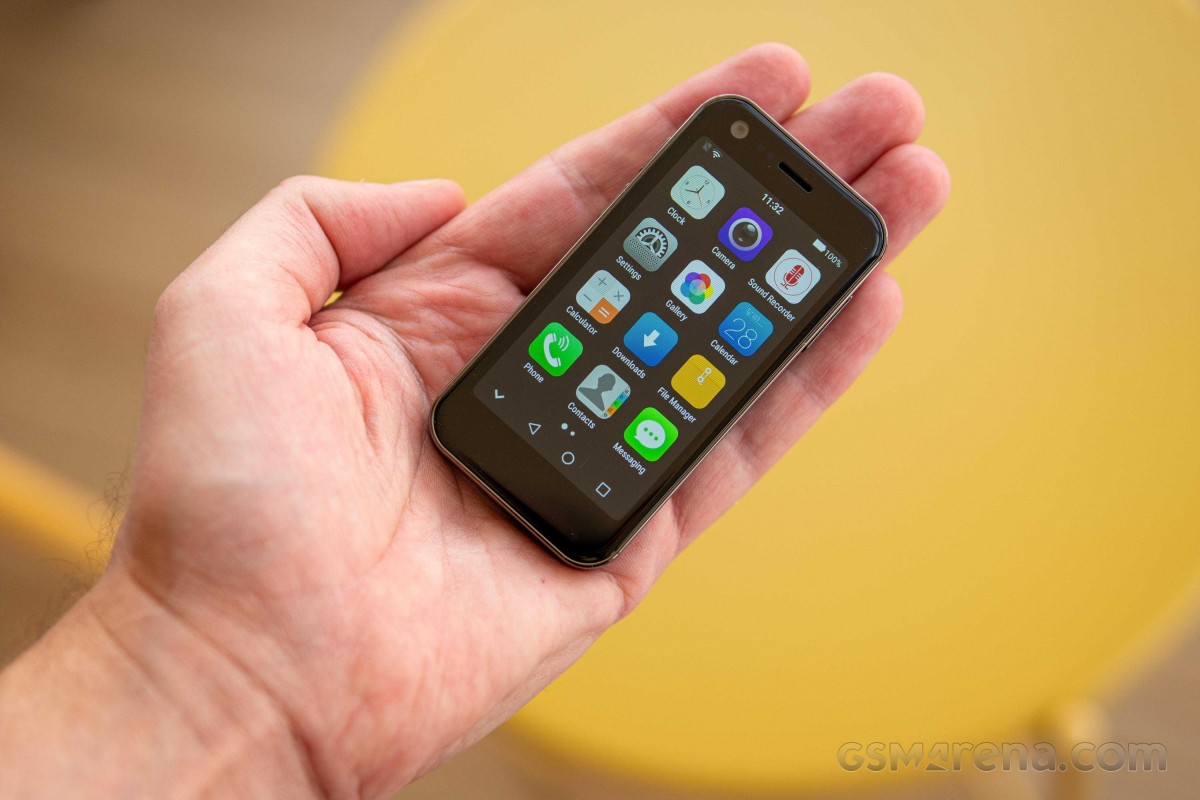 The Mist is indeed super easy to carry around for outdoor fitness activities. Its size and weight might make you forget you even have a smartphone on you. Our unit is still in development, but we’re pretty confident once it starts shipping with the right OS, it will be able to track runs and bike rides just like any other smartphone with the GPS.

There’s one drawback in the whole fitness activity situation – if you want to change a track, text someone or do something requiring the tiniest bit of attention, you have to stop in the heat of the moment and concentrate on the tiny screen. That would ruin any personal records and disrupt the momentum, killing the whole sportsy vibe. 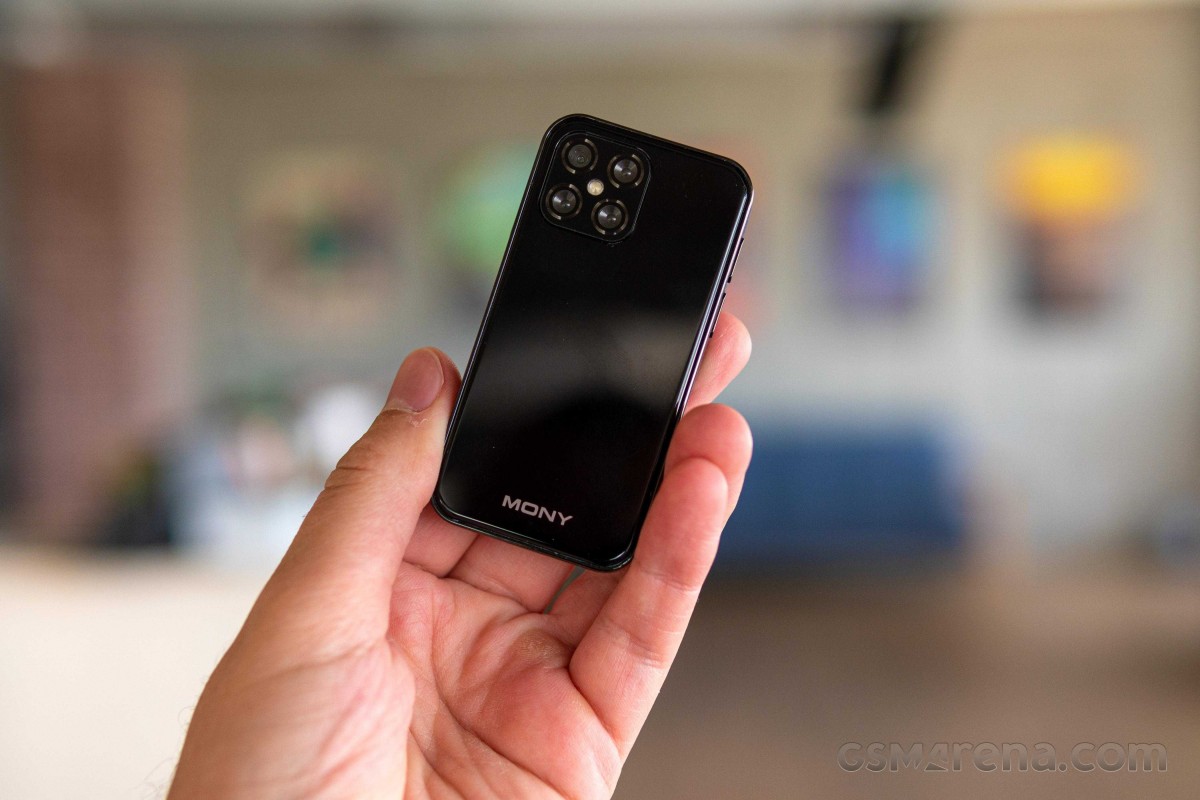 The phone’s size comes in extra handy during business trips. We all often carry big bags for a laptop, a charger, cables, documents, the occasional hand sanitizer, glasses and plenty of other accessories. Having a big smartphone in this mess is an inconvenience, but with the Mony Mist, at least this one nuisance is avoided.

The Mediatek MT6735 chipset is seven years old at this point, and as such about as from a powerhouse as one can find these days. It does the job of letting you check an email or calendar app, play videos in 1080p, and connect to Wi-Fi and 4G networks. Wi-Fi only works on the 802.11n standard, however, while Bluetooth is limited to 4.0.

There’s a reason why the specs are so laidback – more powerful hardware will require a bigger battery, and we can’t have that in this candy bar of a phone. There’s also no room for four cameras despite what the design on the back may suggest. There’s only one shooter with a 13MP sensor; the other circles are just imitating actual camera lenses. The front-facing camera has a paltry VGA (0.3MP) sensor. 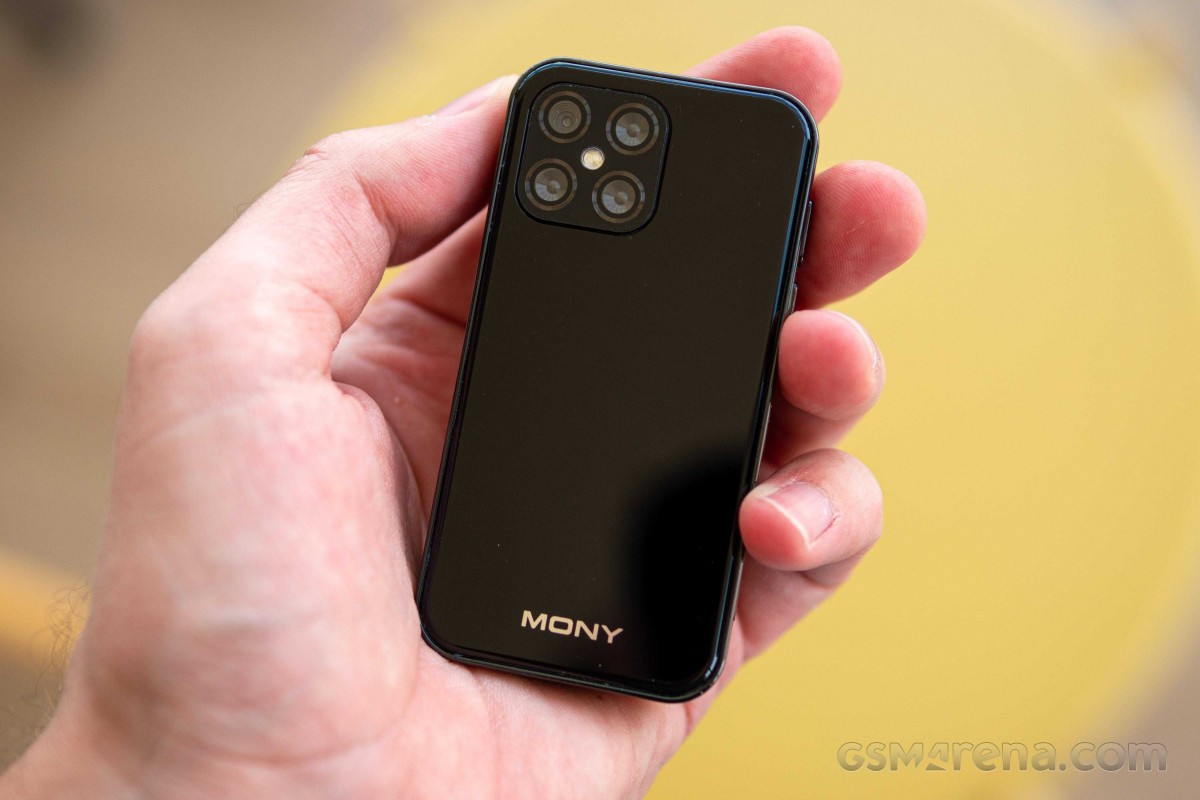 Since the unit comes without the final OS, we won’t be able to conduct our lab tests, including our bespoke Endurance rating of the battery life. On paper, the power cell is 1,250 mAh, promising 72 hours life on a single charge, which is, of course, only possible if the phone is on stand-by the entire time with data connection switched off. Then again with the phone definately not meant for games, heavy browsing or multimedia consumption it might just last for a day of light usage – a few calls, the occassional text and perhaps an email or two.

In theory, heavy games like Asphalt 8 and Real Racing 3 can run, but the device quickly overheats to the point of being uncomfortable to handle. Hence, we suggest you just don’t bother.

The biggest advantage of the Mony Mist might be its size, but it quickly becomes a disadvantage once you try to run actual apps start running on the tiny display. Small buttons on the screen are practically unclickable, and if there is a small ad on a normal display, here it takes half the screen, making it impossible to close. 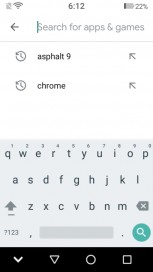 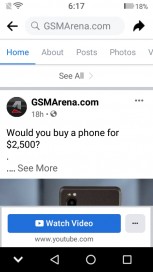 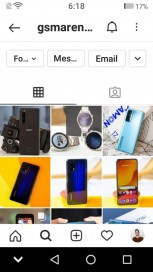 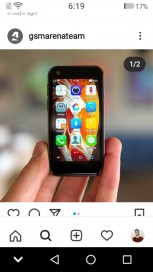 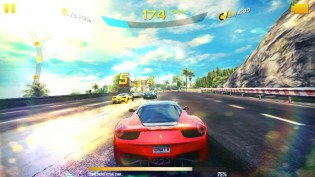 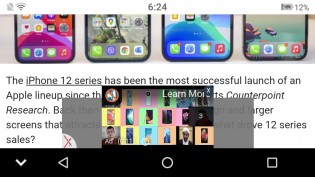 The Mony Mist is a nice gadget that would be a great talking point if you’re tired of conversations about the weather. However picking one up for actual use is a bit more complicated. There’s a good reason why phones are increasingly bigger these days and why the iPhone 12 mini flopped – our modern digital lifestyles just need a large screen, powerful chipset and a big battery. 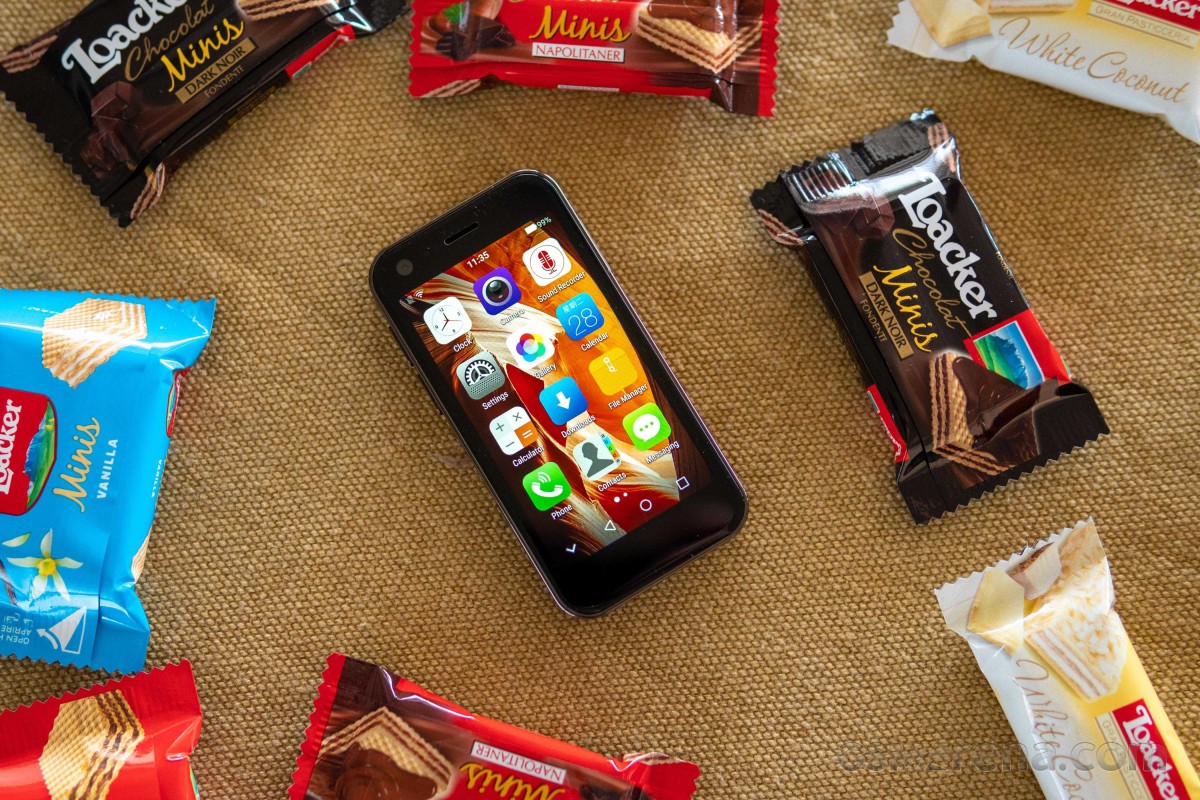 However, the small size make it the ideal tool for certain use cases – mostly when you need to disconnect, but still want to be reachable in case of emergency.

It is a great device for taking for a night out when you really want to connect with your buddies rather than spend half the time scrolling through social media feeds. Or to take out for a run, when you really have no intention of using the phone beyond accepting any emergency calls.

It can also be great for taking to the beach, where its very low price tag means that even if you do damage it there won’t be that bad a loss.

If any of tht sound like you it might be worth paying the Mony Mist kickstarter page a visit.