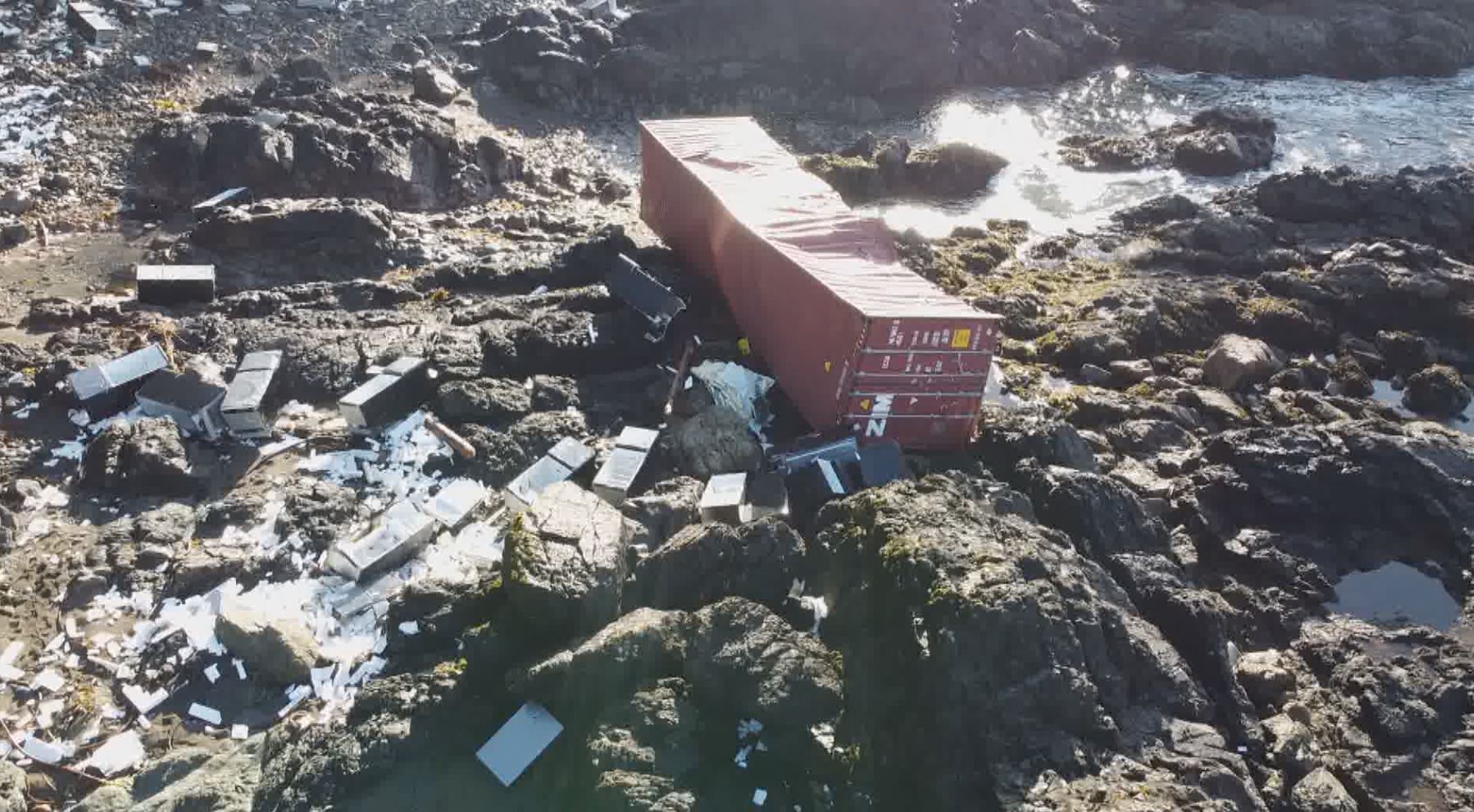 A recreational pilot has collected 23 coolers from beaches on the central Gulf of Alaska believed to be cargo spilled from the MV Zim Kingston last year.

Duke Marolf, who works for a marine welding company in Seward, Ala. said he had seen posts on Instagram about coolers washing ashore in the area and decided to check it out himself in August.

“We just spread ’em out. Everybody’s got families and they go pretty far,” he told Global News on Friday, adding that 19 of the coolers were Yeti brand name.

“There’s still a few floating around.”

The MV Zim Kingston lost 109 containers off the B.C. coast during a storm near the entrance to the Juan de Fuca Straight on Oct. 22, 2021, around the same time a fire broke out on the vessel.

Four containers carrying fridges and running shoes washed were recovered on norther Vancouver Island the following month, but the remaining 105 likely sank, according to the Canadian Coast Guard.

Since then, debris has been found as far away as northeastern Haida Gwaii, hundreds of kilometres from the spill site. In addition to the coolers, some of the more peculiar items recovered by beachcombers include unicorn floaties, urinal mats, baby oil and cologne.


It was an environmental disaster, with 23,800 kilograms of potassium amylxanthate and 18,000 kilograms of thiourea dioxide among the hazardous substances dumped in the ocean.

The incident prompted the release of a parliamentary committee report in October with 29 recommendations on how to improve Canada’s response to cargo container spills. It found governments and communities are ill-prepared to handle them, particularly if they involve any hazardous substance other than oil.

Months later, only four of 109 missing containers from MV Zim Kingston have been found

In Canada, polluters are required by law to pay for cleanup.

The coast guard has previously said the owner of the MV Zim Kingston was part of a team leading the response, and has hired a a salvage contractor to retrieve containers and debris that washes ashore. It will check areas where debris has accumulated every few months, the coast guard said.


Environmental groups, however, have since called for greater accountability from companies, enforced by the federal government. The manifest of the Greek-owned vessel is not publicly available, which makes it difficult for anyone to prove the origins of debris washing ashore and the extent of the spread.

Meanwhile, beachcombers, treasure hunters and recreational pilots like Marolf will continue to pick up what they find.

“I’m sure next spring there will be some more washed up and we’ll go gather a few more,” he said.

“You just mark them on the GPS and try to find a good, close landing spot. Eventually you’ll find one near a beach that’s accessible, then land and some hiking, and carry them back.”

-With files from The Canadian Press’ Amy Smart