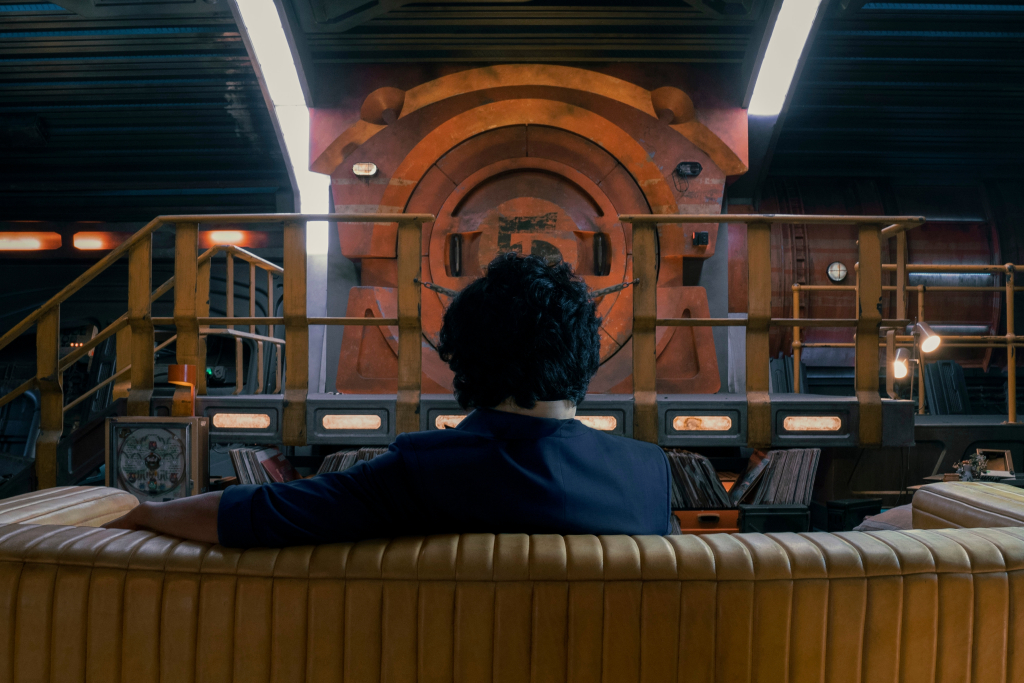 Netflix has announced that its long-delayed, live-action adaptation of the influential and popular classic anime series Cowboy Bebop will premiere on Friday, November 19.

The streaming service also released the first images from the show, giving fans some sense of what to expect from a live-action series based on an animated one famous for its visual flair.

André Nemec will be the series showrunner. He previously worked as a writer and producer on sci-fi TV series Alias and Zoo, plus the 2014 Teenage Mutant Ninja Turtles movie. The director of the original anime series, Shinichirō Watanabe, is a consultant for the new show. Also returning from the anime is score composer Yoko Kanno.

Cowboy Bebop originally premiered in 1998. It is a space western about a group of bounty hunters on a spaceship called the Bebop. It drew critical acclaim and became a cult hit thanks in part to its striking visual style and its strong thematic elements.

This live-action adaptation of Cowboy Bebop was first announced nearly three years ago, but its road to completion has been troubled. Yes, there’s the usual pandemic angle to that, but production was also delayed for several months after Cho suffered an injury on-set, which required him to fly from the show’s shooting location in New Zealand to Los Angeles for surgery. Production for the season finally wrapped in March of this year.

Other new Netflix series and films announced for later this year include new seasons of The Witcher and Lucifer, the Nic Pizzolatto-written US adaptation of The Guilty, and a new My Little Pony TV series.

Microsoft is open sourcing more than 1,500 of its 3D emoji, making them free for creators to remix and build upon. Almost all of...
Read more

Thousands of students in Windsor, Ont., are starting to receive suspension notices over out-of-date immunization records, but health units elsewhere in the province are...
Read more