Home Gaming Netflix's The Witcher Season 2 Director On Henry Cavill, "He Could Be...
Gaming

Netflix’s The Witcher Season 2 Director On Henry Cavill, “He Could Be A Politician!” 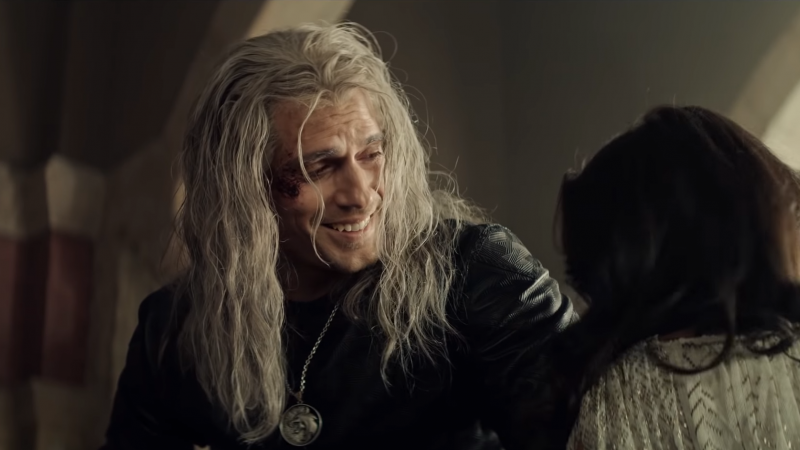 Actor Henry Cavill comes off as adorkably sweet, but what is it like working with him? According to Netflix’s The Witcher season 2 director Stephen Surjik, it’s as amazing as you might think. The director recently sat down with Combat Radio to talk about set life and what comes with it, but what he said about Cavill had us going, “awww.”

In the interview, which you can see in the video below (courtesy of r/NetflixWitcher), Surjik spoke on how thoughtful Cavill is on set. “If someone is new there, [he] will spot them and say ‘who’s that?’ and go introduce himself and finds out what they are doing.” He said he’s so immersed in those around, and charming to boot, that he added, “He’s amazing, he could be a politician.”

Surjik also talked about how Cavill is one of the most reliable actors in the space, “When he shows up on set, he shows up on time. He shows up in character, with his costume, on his mark and he knows all of his lines. He knows the background to what he is doing, he knows what came before and what comes after.”

Surjik worked on episode one and two of the new season, something he previously talked about in an earlier interview. Due to COVID-19, filming this season was a lot different than how the gig usually goes, which resulted in the crew being stranded on location for longer than normal. Even still, the director looks back on his time filming fondly, especially with the crew and cast involved. “It was worth every minute,” he told Combat Radio, “because when I think back to all of the exciting adventures and opportunities that I had, I wouldn’t trade them for anything.”

Season 2 will take these characters to much darker places than the first season, and will continue to show Geralt’s path from a different perspective. With the return to his childhood home and Yennefer’s return from where we last left off, it will be interesting to see how the show continues to fall in line with the books that inspired the hit CD Projekt Red RPG series of the same name. Set before we met Geralt in the games, Lauren Hissrich and her crew have had their work cut out for them adapting such a beloved staple. Luckily, they’re all a bunch of nerds like we are and Henry Cavill – let’s be honest here – was born to play the younger Geralt. And not just because he’s a massive PC player and lover of the books and games themselves.

Toss a coin to our comment section with your thoughts on Netflix’s The Witcher season 2, takes on the pilot season, and where you would like to see the series go next.

‘It’s a brick wall’: The end of Roe will be ‘horrific’ for incarcerated people

It was already difficult to get an abortion in prison. From being forced to pay for transportation to far-away abortion providers to waiting for a...
Read more

I was watching Amazon's action TV show Reacher when I realized something. The newly streaming eight-episode series is about a tough guy rolling into...
Read more