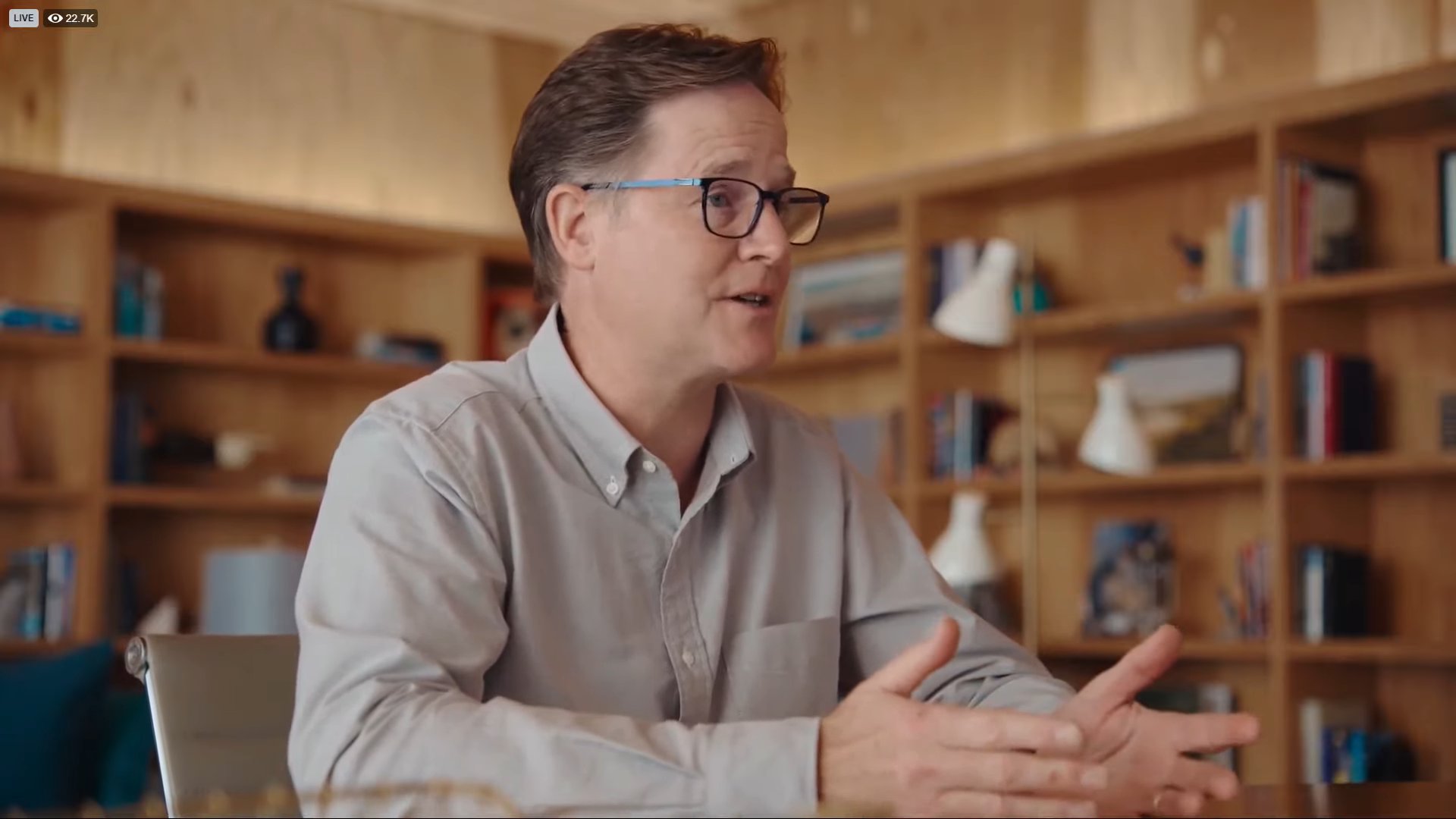 The president of global affairs at Meta, and former deputy prime minister, will keep a foothold in the Golden State as he relocates to London part time.

Clegg is not the only Meta executive heading to England’s capital city. Just yesterday, Instagram boss Adam Mosseri announced he was temporarily moving to London.

The city hosts the firm’s largest engineering hub outside of the US, according to a Meta spokesperson, with a dedicated Instagram product team.

The app is currently reeling from a backlash over changes designed to help it compete with rival TikTok. The brand quickly made a u-turn after major influencers criticised the new features.

A Meta spokesperson told the Guardian: ‘Given the global nature of his role, Adam will be temporarily based out of London later this year.

‘London is already Meta’s largest engineering hub outside of the US, with over 4,000 employees across our offices, including a dedicated Instagram product team with people focused on building long term solutions for creators.’

They said move was related to ‘the global nature’ of his role.

Clegg, on the other hand, is thought to be moving to be closer to his parents, the FT reported.

He previously told the newspaper that his ‘heart belongs massively 5,000 miles away.’

Meta’s leadership is already spread far beyond Silicon Valley, with chief executive Mark Zuckerberg spending much of his time in Hawaii.

Although it’s still a bustling tech hub, the digital capital has lost a string of high profile executives in recent years.

Elon Musk famously left California for Texas in 2020, eventually moving Tesla’s headquarters to the state as well. But the firm still maintains large operations in the state, which is home to its biggest market base.