Home Events Nvidia RTX 4090 liveblog: what we expect to see at GTC 2022
Events 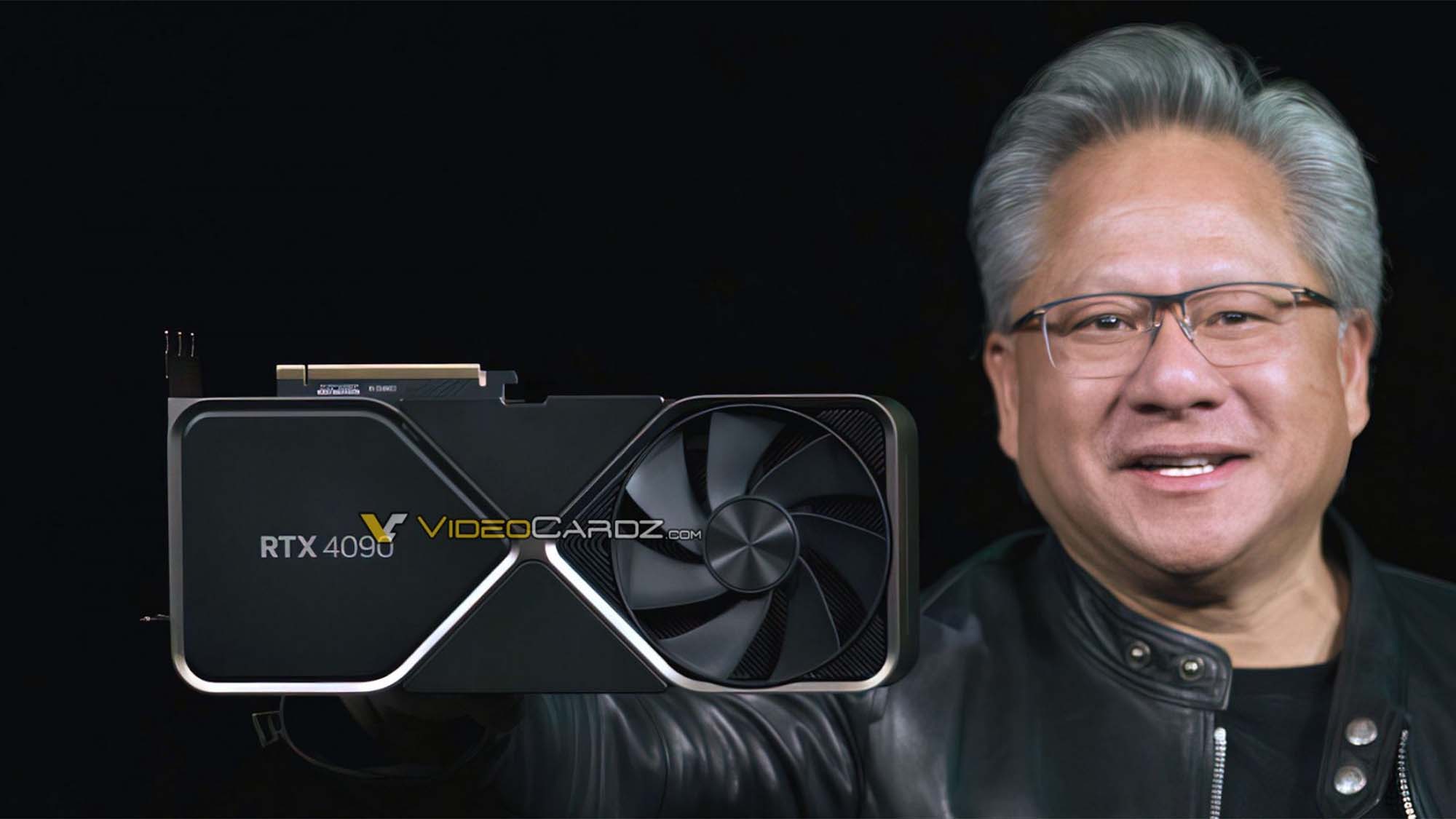 And, with all that, we’re going to take a brief hiatus while the Uk wakes up and TechRadar’s UK team takes over the live blog.

That said, I don’t want the moment to pass that I don’t mention that Queen Elizabeth II passed away two weeks ago. Clearly, I’m an American, so the Queen’s passing doesn’t much concern me, but a UK colleague told me today that the feeling was as if President Joe Biden went on the TV this morning and said that the US flag was going to be different from that moment forward, for better or worse.

Does it matter in any real way going forward? Not really, no. But it obviously does.

I wish all of you, wherever you are, a beautiful evening. Be kind to each other.

WHERE ARE JENSEN’S FINGERS???

That is a horrible picture, with the sharpness of the card and the sharpness of Jensen Huang being radically out of step. If this is a legit picture, it is some whack multiverse nonsense that Nvidia is trying to make happen, which even as ridiculous as multiverse stuff being what it is, this is just too crappy to pass. This is a reddit Photoshop fails-level of crap.

Honestly, that RTX 4090 picture is so bad, I’m knocking Videocardz down a peg as a source for even posting this. That pic is awful.

So Videocardz just “leaked” the Nvidia RTX 4090 (opens in new tab) , and there’s at least something going for it, namely the new font branding that I brought up in my RTX 4080/4090 piece. That said, that pic looks Photoshopped to heck and back.

But, we know very little about this card, and considering that it was the last card of the initial launch lineup of the RTX 3000-series to hit the market, we could see something similar here, with the RTX 4070 being announced tomorrow but not actually released until late November at the earliest.

We’ve gotten a lot less info about the RTX 4080 in recent weeks, but there’s still a off chance that we’ll get an RTX 4080 announcement tomorrow as well. The best evidence of this is wholly speculation on my part, which I dived into recently, but the long and short of it is that leaked photos of the RTX 4080 in production look pretty authentic, and so it is likely right behind the RTX 4090 in terms of release.

Staggered releases aren’t anything new, obviously, and there’s every reason to think that Nvidia Lovelace will be the same. If we’re expecting the RTX 4090 in October, the RTX 4080 could show up in late October, early November, so the fact that the RTX 4080 would be in the early stages of rolling out production units tracks.

That could still get us an announcement tomorrow, though the release date might be a later, which is something we saw with Nvidia Ampere.

Without a doubt, we are expecting to see the Nvidia RTX 4090 tomorrow at Nvidia’s event. First, it’s called “GeForce Beyond”, and since GeForce is Nvidia’s consumer graphics card branding, there’s pretty much no doubt that this will be a consumer products event as opposed to enterprise cloud computing systems or something similar.

Second, in a recent teaser for tomorrow’s event posted to Nvidia’s GeForce Twitter account, Nvidia subtly gave the game away when they shows a computer desk with a monitor displaying a GeForce background, and Ada Lovelace’s computer program for calculating Bernoulli numbers using Charles Babbage’s theoretical Analytical Engine on the desk.

Lovelace, of course, is Nvidia’s code name for its next generation of graphics hardware, so there isn’t much mystery around what will be unveiled tomorrow.

Now, when Nvidia Ampere was first shown off in 2020, it wasn’t for a consumer product, but rather for server and enterprise computing, so there is a precedent for showing off computer architecture before releasing it for a consumer product. But this was also early on in the Covid pandemic of 2020, and Nvidia was specifically highlighting how its new architecture was helping researchers fight the novel coronavirus. Given the circumstances, we don’t think that Nvidia is looking to show off the technology this time around without a product.

A huge part of this is both the product release cadence (it’s been two years since the RTX 3000-series launch), and a number of leaked photos of RTX 4090s with third-party manufacturers and partners, including Gigabyte, Zotac, and Lenovo. These cards are going into systems and retail packaging as we speak, so there’s no reason to think that Nvidia won’t be revealing at least the RTX 4090 tomorrow.

Welcome to TechRadar’s Nvidia RTX 4090 announcement liveblog! I’m John Loeffler, TechRadar’s US Computing Editor, and I’m kicking things off here less than 16 hours away from what is expected to be one of the biggest announcements of the year for the computing team – and yes, even bigger than a new MacBook.

Later, I’ll be joined by Christian Guyton, UK Computing Editor, and Matthew Hanson, TechRadar’s managing editor of computing and home entertainment, to help cover the lead up to the announcement tomorrow at 8AM PDT / 11AM EDT / 4PM BDT.

There’s a lot to discuss in the leadup to the announcement, so lets dig right in with the very first thing: what we expect to see tomorrow.