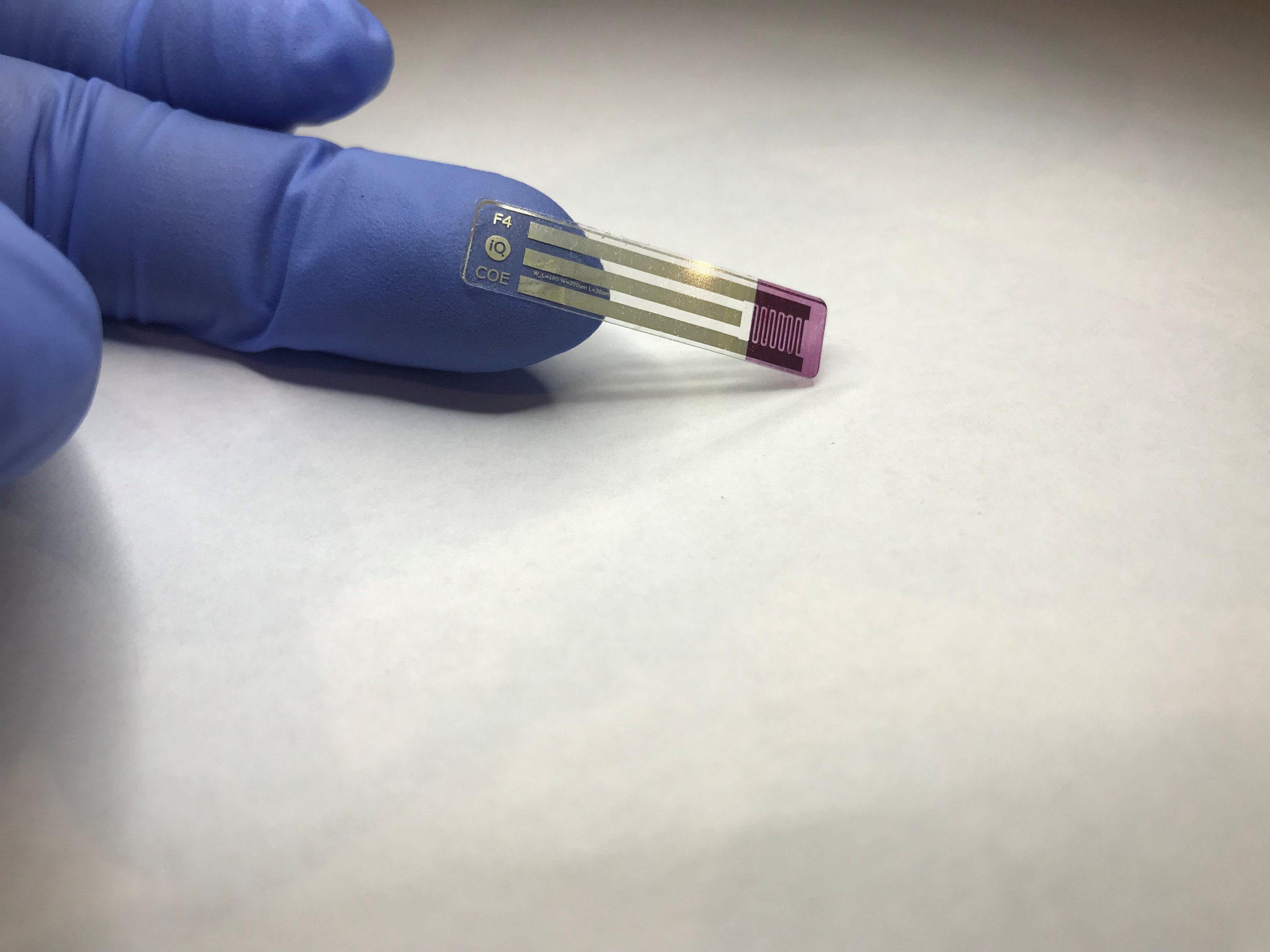 It consists of a non-invasive strip that checks glucose levels via saliva.

For diabetics, managing their blood sugar levels typically means pricking their fingers multiple times a day with a lancet and then placing a drop of blood on a testing strip.

Understandably, some diabetes sufferers avoid the painful process by minimizing their tests.

However, this latest test works by embedding an enzyme that detects glucose into a transistor that can then transmit the presence of glucose.

Since the electronic materials in the transistor are inks, the test can be made through printing at a low cost.

‘The holy grail of glucose testing has been something that is non-invasive,’ said Paul Dastoor, Professor of Physics at the University of Newcastle in Australia, who led the team that created it.

‘[This test] really does open up the prospect of pain-free, low-cost glucose testing and hopefully much better outcomes for diabetes sufferers,’ he said.

The new test, Dastoor said, was created by chance as scientists were working on solar cells.

The project secured A$6.3 million (£3.4 million) in funding from the Australian government to establish a facility to produce the test kits should clinical trials be passed.

Dastoor says the technology could also be transferred to Covid-19 testing and allergen, hormone and cancer testing.

The university is already working with Harvard University on a test for Covid using same tech.

But it’s the implications for other testing that has the physicist excited about the potential for the sensors.

‘I think its going to radically change the way we think about medical devices and in particular sensors because we can print these at remarkably low cost,’ said Dastoor.

Shortly after the Supreme Court overturned Roe v. Wade on Friday, abortion bans went into effect in more than a half-dozen states, with many...
Read more

Audio player loading… Patch management for the latest versions of Windows might the concern of most of us located here on Earth, but meanwhile,...
Read more