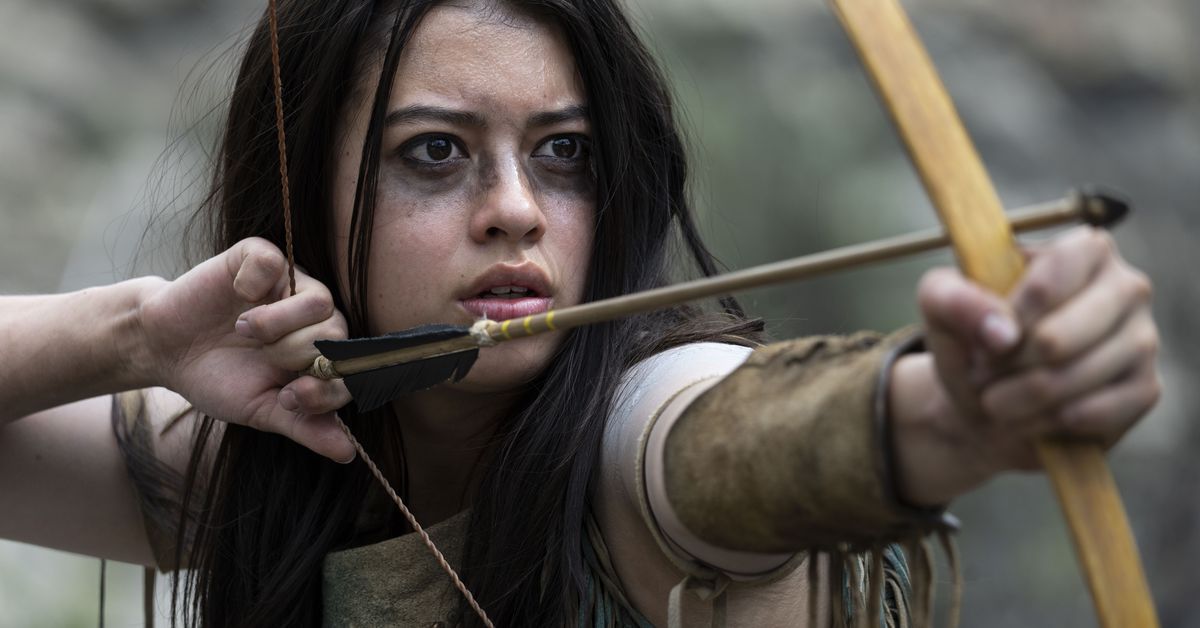 Since its debut in 1987, the Predator franchise has had a, let’s say, uneven history. The premise is brilliant in its simplicity: A race of aliens who live for nothing more than a good hunt travel to Earth in search of prey. It worked particularly well for the first two films, but over the course of more sequels, spinoffs, and forays into games and comics, that high-level idea has been diluted quite a bit — which is what makes Prey so refreshing. The latest mainline Predator movie jumps backwards in time and focuses entirely on the most important part of the franchise: the hunt.

This review contains spoilers for Prey.

Prey is set in 1719 in the Northern Great Plains, and centers on a budding Comanche hunter named Naru (Amber Midthunder). Though she’s a skilled healer, Naru desperately wants to be a hunter and leader like her brother Taabe (Dakota Beavers), and is constantly pushing against the expectations placed on her. She trains with weapons on her own, pushes her way into hunting excursions, and, when asked why she wants this so badly, says simply, “because you all think I can’t.” The presence of a certain alien forces her into that warrior / hunter role a little sooner than expected.

Of course, Naru and her tribe don’t know it’s an alien — at least at first. Initially, it appears that an aggressive lion is terrorizing them. But careful and observant Naru is the one who realizes something more is happening. She notices key details, like a disturbingly slaughtered snake and strange green fluid, that everyone else misses. When she first spots a fiery red storm in the sky, she takes it as a sign that she’s ready for her first big hunt, known as a “kuhtaamia.”

For the most part, Prey is a pleasantly slow buildup to the ultimate showdown between Naru and the Predator. On one side, we see Naru slowly growing into herself, trusting her instincts even when no one seems to believe her (or in her — with the exception of her supportive brother). She’s equal parts impatient, determined, and resourceful, all of which come in handy as she sorts out just what’s going on. She turns being underestimated into a strength. (She’s also helped along by a very adorable dog who serves as her companion.)

The alien, meanwhile, is steadily testing himself in this new landscape. He starts out slicing up small animals, before moving on to bigger fare like bears and, eventually, humans. This includes both some of the Comanche hunters and a group of French fur trappers.

One of the most impressive things about Prey is how patient it is — especially for an action movie. (The pacing is reminiscent of the original Predator, arguably the high mark for the series.) You don’t even see the alien until around an hour in. Up until that point, it remains cloaked and largely invisible, poking around the edges of the plains in search of a worthy opponent. It terrorizes the humans in brief flashes of violence.

That’s not to say there’s no action until then, because there definitely is, and it’s particularly gruesome and gory. (One excellently gross scene shows the Predator in all its glory, while doused in bear blood.) But the film does an incredible job of slowly teasing out the main conflict. You know Naru and the alien will get into it eventually, but Prey forces you to wait for that moment, making it all the more satisfying. It helps that the Predator is especially menacing here, using an array of futuristic-yet-brutal gadgets and weapons to make it seem basically unstoppable.

I’ll admit that I went into Prey with some trepidation when it came to representation. Hollywood doesn’t have the best track record when it comes to depicting indigenous cultures on screen. And, while I’m not the best person to ultimately judge how successful the movie is in this regard, it does appear that some real thought was put into Prey’s approach, from the use of the Comanche language to the indigenous talent both in front of and behind the camera. Just as importantly, Naru and her companions are clearly the heroes of the story, and exist as more than just stereotypes. (I did not feel remotely bad when any of the French trappers met their demise.)

Ultimately what makes Prey work is its simplicity. It never strays from its concept, instead slowly building up the tension before reaching a very exciting battle. It also adds to Predator’s fascinating lore. Prey made me wish the Predator franchise was turned into something like Assassin’s Creed, with each new entry touching on a different time period, exploring the mythos from a new lens.

In the second movie, viewers got a glimpse of a room full of skulls that serve as trophies, suggesting that this species has spent a very long time visiting worlds — including our own — in search of the ultimate hunt. And that’s exactly what they find on Earth in 1719.

A Schoolhouse Rock! tribute to honor the passing of its last surviving creator

/ And why?How much is that group chat in the window? Illustration by Alex Castro / The VergeI have been somewhat unsure...
Read more