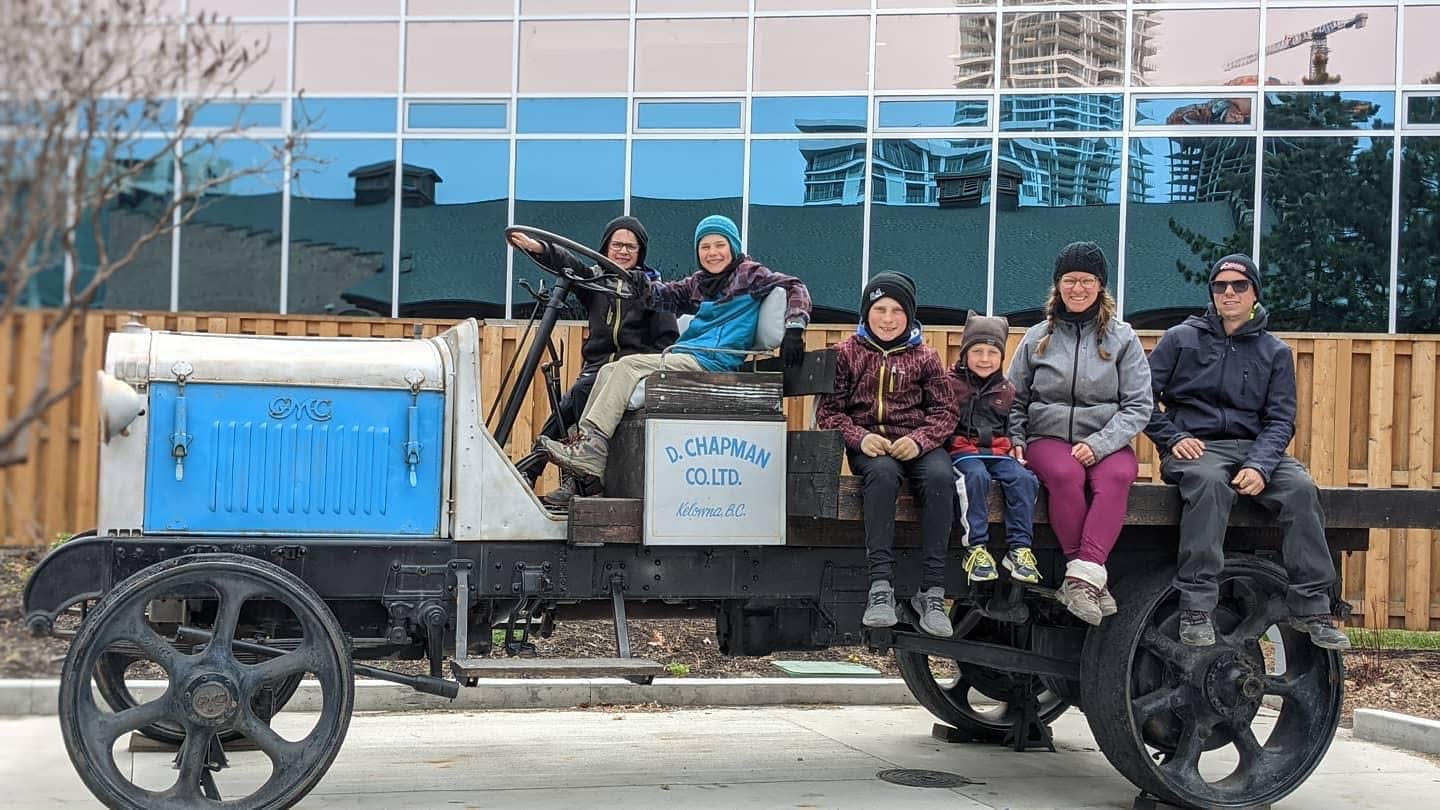 From riding noisy dune buggies through the Gobi desert, to watching in awe as a lion slowly savoured its prey on a Namibian safari, the Lemay-Pelletier family are on the trip of a lifetime.

For the last six months, Edit Lemay and Sebastian Pelletier have been travelling the world with their four children. But this isn’t an ordinary adventure for the family of six. The parents want their kids to see unforgettable sites, before three of the four go blind.

Lemay said they started noticing their eldest daughter Mia, 11, was developing vision problems when she was three years old.

“During the night she would bump into furniture or a wall. At first we did not think anything of it. After a while we realized something was wrong,” Lemay said.

Mia underwent multiple tests with an opthamologist and also had genetic testing done. She was eventually diagnosed with retinitis pigmentosa, a degenerative hereditary retinal disease.

“What happens is the retina is slowly dying, and she loses cells from the outside to the inside,” Lemay said. “Her field of vision will diminish slowly. They don’t know how fast it will go, or if she will lose it completely or she can keep some of it. Time will tell.”

Of the Pelletiers three other children – Leo, 9, Colin, 7, and Laurent, 5 – Leo is the only one who doesn’t have the gene.

There is no cure for the condition.

“Well of course it’s a shock,” Lemay said. “Everything you planned for your future – for your kids, for yourself – you totally need to rethink that.”

“I really feel for the parents, because when they get that diagnosis their hopes and their dreams changes,” said Doug Earle, the president and CEO of Fighting Blindness Canada. “For this family today, there is no treatment option. (The kids) will slowly lose photoreceptors and lose their sight.”

Earle says there is a study in France looking at trying to treat the disease.

“Treatment research is offering hope and this clinical trial taking place in France offers a great potential for being able to replace the gene that is not working with one that is,” Earle said.

Lemay says she isn’t waiting for a cure, choosing instead to live in the moment. The family has worked with organizations to help the children prepare for what will eventually come.

“The hardest part to accept is not to be able to do anything,” she said.

It was one of the specialists she saw who told Lemay the best thing she could do for her children was to create visual memories. That sparked the idea to spend a year travelling, so her kids could see the world.

The trip was postponed when COVID hit, but they eventually set off in March of this year. They’ve travelled to Namibia, Zanzibar, Turkey, Mongolia and Bali. They’ve travelled by train, bus, slept in tents, ridden camels and horses, gone on safari, driven dune buggies through the Gobi dessert, and eaten more boiled mutton than they could ever imagine.

Lemay says there have been challenging moments, because the family are together all the time and the children are young. But she says in visiting poverty-stricken towns around the world, her kids have learned to appreciate their own lives.

“I am glad they are starting to realize they are really lucky to go on that trip,” Lemay said. “They are seeing what it is to live without electricity, without running water. They know they are really fortunate in their life in general. Yes they will have challenges. Hopefully they will be able to appreciate what they have.”

The parents are homeschooling their kids while they continue travelling for the next six months. Their goal is to soak up as much as they can, creating memories to last a lifetime.