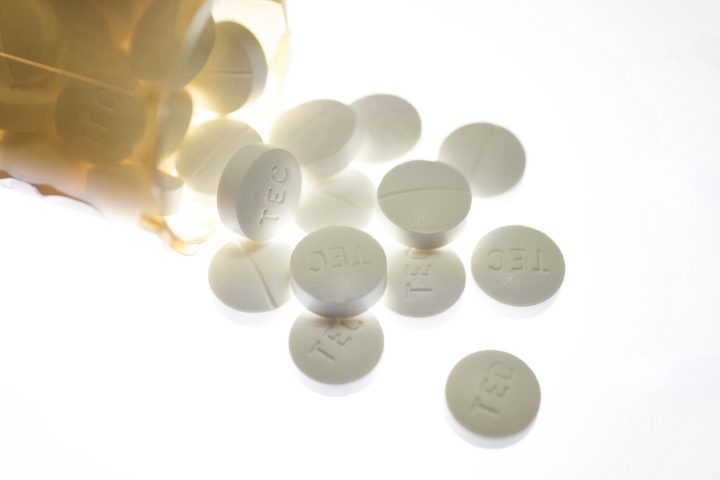 A study published Monday in the Canadian Medical Association Journal examined people who used a safer opioid supply program in London, Ont., for just over three years, and found ER visits and hospital admissions had declined one year after participants entered the program.

The study also found no increased risk of infections or overdoses and a decline in health-care costs unrelated to primary care or outpatient medications after a year.

Lead author Tara Gomes, an epidemiologist at Unity Health in Toronto, says the study indicates the London safer opioid supply program is “very safe” and a model that should be applied more broadly to expand harm-reduction options for those at high risk of overdose.

Half of Ontario opioid deaths interacted with health care system the month before: study

“We found no opioid-related deaths among people who were part of this program in the year after they entered the program,” said Gomes.

“I think it really provides some helpful evidence that these programs can not only be beneficial to people, in terms of just broadly improving their health, but it can also be very safe for them.”

Safer opioid supply programs prescribe pharmaceutical opioids to those at high risk of overdose, as an alternative to an unregulated drug supply.

Researchers behind the study used data from ICES —  a non-profit organization based in Toronto that captures, records and anonymizes health records for every doctor or hospital visit in Ontario.

They worked with the London InterCommunity Health Centre, which launched a safer opioid supply program in 2016, using information about enrolments between January 2016 and March 2019 to evaluate the program’s effect on health-care system costs.

The researchers focused on the five years before clients entered the safer supply program and the year after, using a method called time-series analysis to see what clients’ life patterns would likely have been had they not enrolled.

Gomes said that approach allowed researchers to evaluate the impact of the London program and how access to a safer drug supply changed predicted outcomes for clients.

She said the study contained two main limitations, the first being that the London health centre combines a safer drug supply site with other health and social services for clients. She says this suggests the program was particularly effective when combined with other types of services.

“What we need to know is, as we look at other safer supply programs that are rolling out, what kinds of services do they provide and do they also have these wraparound services that can be beneficial as well? And can we also evaluate different models that are out there to see what maybe works better?” she said.

Gomes added another limitation of the study was a dearth of information on diversion, saying there are some concerns that people might share drugs from the safer supply with others rather than using them themselves.

“We can’t capture that in the data,” said Gomes. “But what we can say is that ? most of the time, that sharing of their supply is because (clients) are trying to help support their friends, family or people in their community to have access to a known substance that they’re accessing through safer supply. And so it’s really more indicative of the fact that there just isn’t enough safer supply programming out there to support the needs of people.”

The study found more than 29,000 people died in Canada from opioid-related toxicity between January 2016 and December 2021.

According to the federal government, there was a 96 per cent increase in apparent opioid toxicity deaths during the first year of the COVID-19 pandemic compared to the year before in 2019.

It says a majority of opioid overdose deaths have occurred in British Columbia, Alberta and Ontario, adding increases have been observed in other regions as well and death counts have remained high since the first year of the pandemic.

“I think there’s many jurisdictions in Canada dealing with this out-of-control drug poisoning crisis that will take away much from this study,” said Thomas Kerr, director of research with the BC Centre on Substance Use, who was not a part of the study.

“I believe it will inform practice and studies throughout the country.,”

Kerr said he sees the research as “a landmark study.”

“There’s been a lot of discussion and debate about the merits and potential harms of safe supply programs, and this study provides some of the first rigorous long term outcome data ever produced,” he said.

“Unfortunately, the conversation about safe supply has been grossly clouded by misinformation, and in some cases, the politicization of science. So, it’s really important that we have access to data of this kind, demonstrating that the program is not only safe, but is producing positive benefits,” he said.

Kerr said the research indicates society must continue thinking outside the box for solutions to the drug crisis.

“We need to continue to expand access to these programs and continue to evaluate them very rigorously,” he said.

“There are still other issues in relation to safe supply that need to be answered, but what this study does seem to show is that for the people enrolled in the program, it’s safe and it produces an array of positive benefits.”