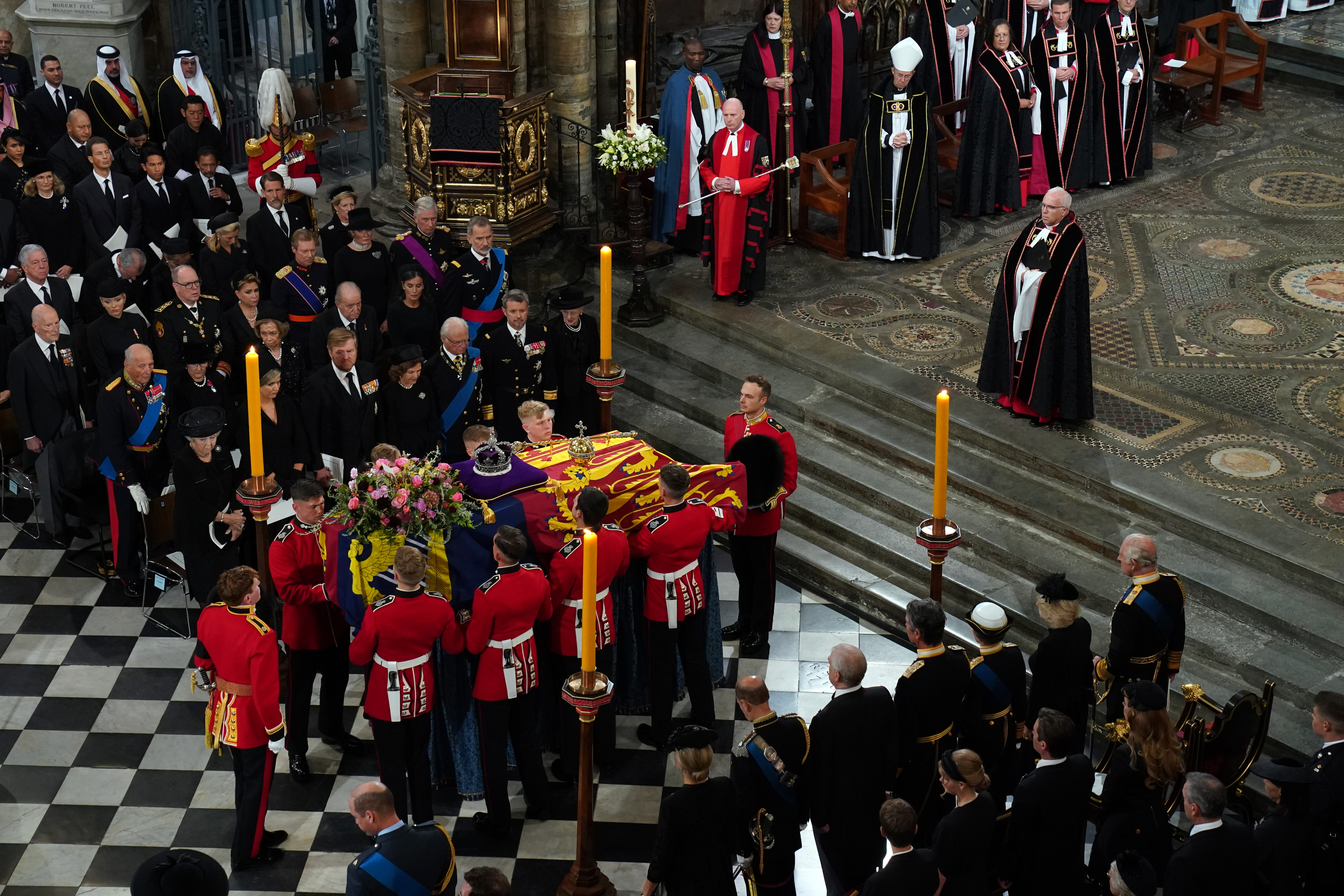 Over 4,000 kilometres away from London, England, a small crowd gathered in Saint John, N.B., Monday morning to observe the funeral proceedings of Queen Elizabeth II.

Residents began to walk through the doors at the Imperial Theatre from the moment it opened at 5:45 a.m.

With the sun still yet to rise, the theatres glowing outdoor tribute to her Majesty the Queen lit up the street, giving a warm welcome to the more than 70 spectators.

“She’s been on the throne for 70 years, and I’m 69,” resident Alan Tibbetts said, reflecting on the queen’s unprecedented reign.

“She was a remarkable person, so I just had to come and pay respects. It’s better than sitting alone in front of the TV.”

The theatre displayed a live broadcast of the funeral, offering those in attendance a warm drink and a package of tissues bearing the queen’s face in case anyone became teary-eyed.

Angela Campbell, the executive director of the Imperial Theatre, said given the “epic life” the queen lived, her team knew a public event would appeal to the community.

“I think she was well respected, and she lived with such grace that people just want to honour her life and everything she’s done,” Campbell remarked.

While some spectators left shortly after the funeral concluded, the majority stayed until 10 a.m. to continue to pay their respects.

For most, Queen Elizabeth II is the only monarch they’ve ever known.

But Mary McElwaine-Garey, who has volunteered at the Imperial Theatre since 1994, was seven-years-old when the queen was coronated.

“I didn’t see the coronation because we didn’t have a television that far back. But anyway, I had lots of books on the coronation, and there were lots of memorabilia all around town,” she recalled.

McElwaine-Garey said she has always loved the queen and particularly royalty. As a young girl, she said, she can still remember the queen’s visit when people lined the streets just to see her.

“I was never handy to her, but I always got that royal wave and felt very happy about that.”

The Imperial Theatre, which opened in 1913, has an experience of its own with  Royal Family. In 1996, then-Prince Charles visited the theatre for a tour and an event.

“I was so close to Prince Charles I could have reached out and touched him. That’s been the highlight of my career here at the Imperial because it’s the closest I ever got to royalty,” she exclaimed.

While McElwaine-Garey acknowledged she never expected to see another monarch, she remains confident King Charles III will be a great successor.