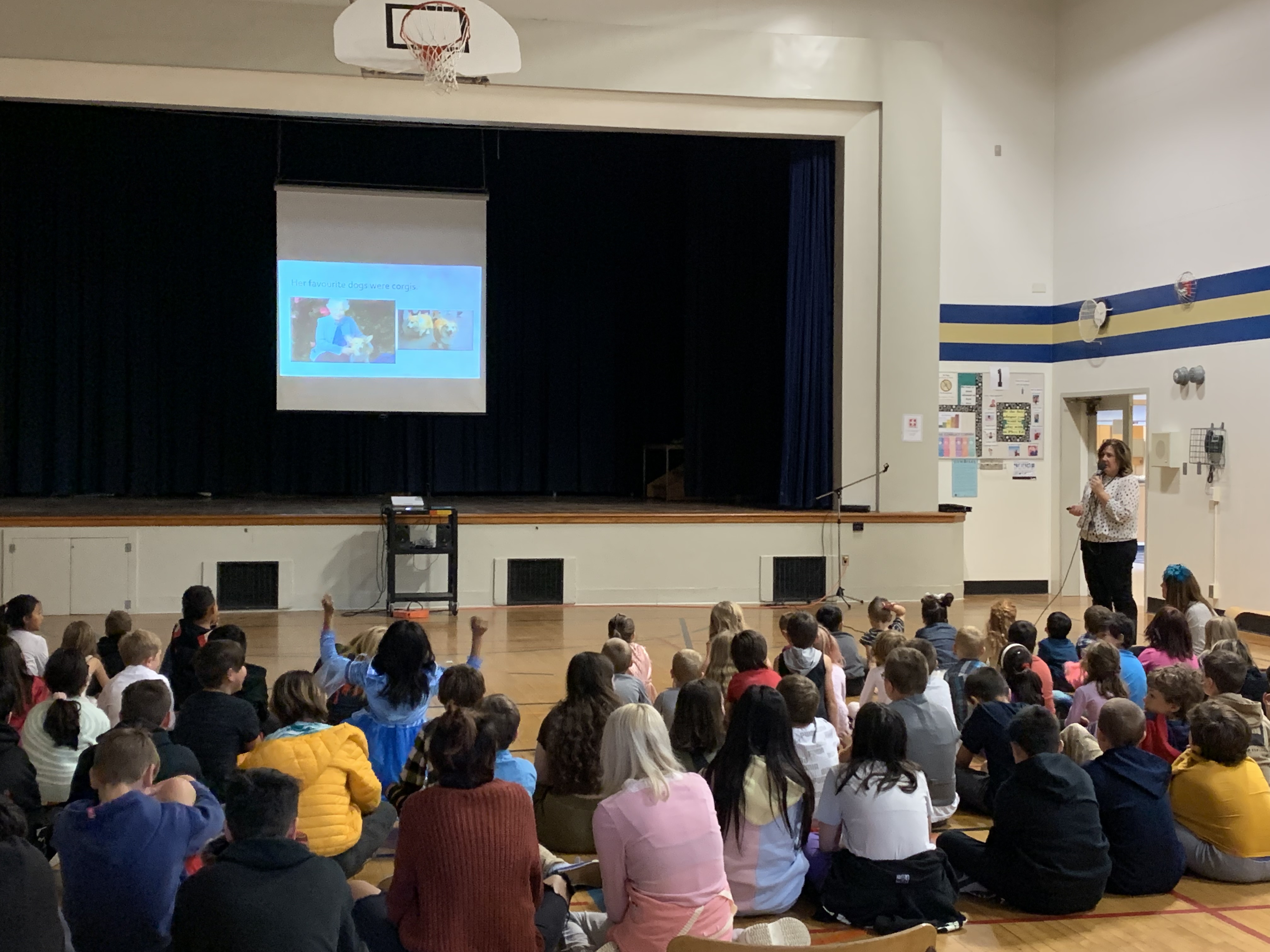 It has been several days since Queen Elizabeth II died at the age of 96 years old.

On Monday, 11 days following her death, Saskatchewan and the world joined to say goodbye to the late British monarch one final time.

Since Queen Elizabeth’s passing on Sept. 8, residents in Saskatchewan have taken steps to reflect and honour her life.

Across from the Saskatchewan Legislative Building, flowers and mementos surround the statue of Queen Elizabeth and her beloved horse Burmese that was gifted to her by the RCMP back in 1969.

No doubt a fitting scene considering columns of flower beds, known as the Queen Elizabeth II Gardens, rest just behind the statue, as people pay their respects.

“I just think she is a great example of service and care for the people. I always appreciated her as a role model,” a woman said on Monday afternoon in front of the statue.

“Last week, I brought my youngest son here and said, ‘She will stay with us, actually. She’s passed away, but she will always be in our hearts,’” a man shared as he looked on at the queen’s statue and the gardens in behind.

Entries from the public fill books of condolences located in Regina and Saskatoon.

People have been provided with opportunities to express their sympathies for Her Majesty’s death before the books are placed in provincial archives.

The books have been located inside the Legislative Building in the Cumberland Gallery, Government House in Regina, and city halls in both Saskatoon and Regina. A virtual condolence book has also been available on the Lieutenant Governor of Saskatchewan’s website.

In downtown Regina, a provincial memorial service will take place on Monday evening at St. Paul’s Anglican Cathedral for people to gather to commemorate the late monarch on her day of tribute.

“To be a gathering place here I think is really the most important thing to me, so I’m honoured we can do that here,” said Rev. Mike Sinclair of St. Paul’s Anglican Cathedral.

While the past several days have prompted sadness, some are marking the occasion by mourning as a community and sharing personal memories either at Monday’s memorial or within their own circles.

“As one of Regina’s oldest churches, which has some solid English and Anglican roots, has been a place that has been visited throughout the years by members of the royal family,” Sinclair noted.

“As an Anglican leader, I’m just glad we can be the place where she is sent off according to the rites of the church.”

The memorial service will be held at 7:00 p.m. and is open to the public on a first-come, first-serve basis in terms of seating.

It will also be livestreamed over St. Paul’s Facebook page.