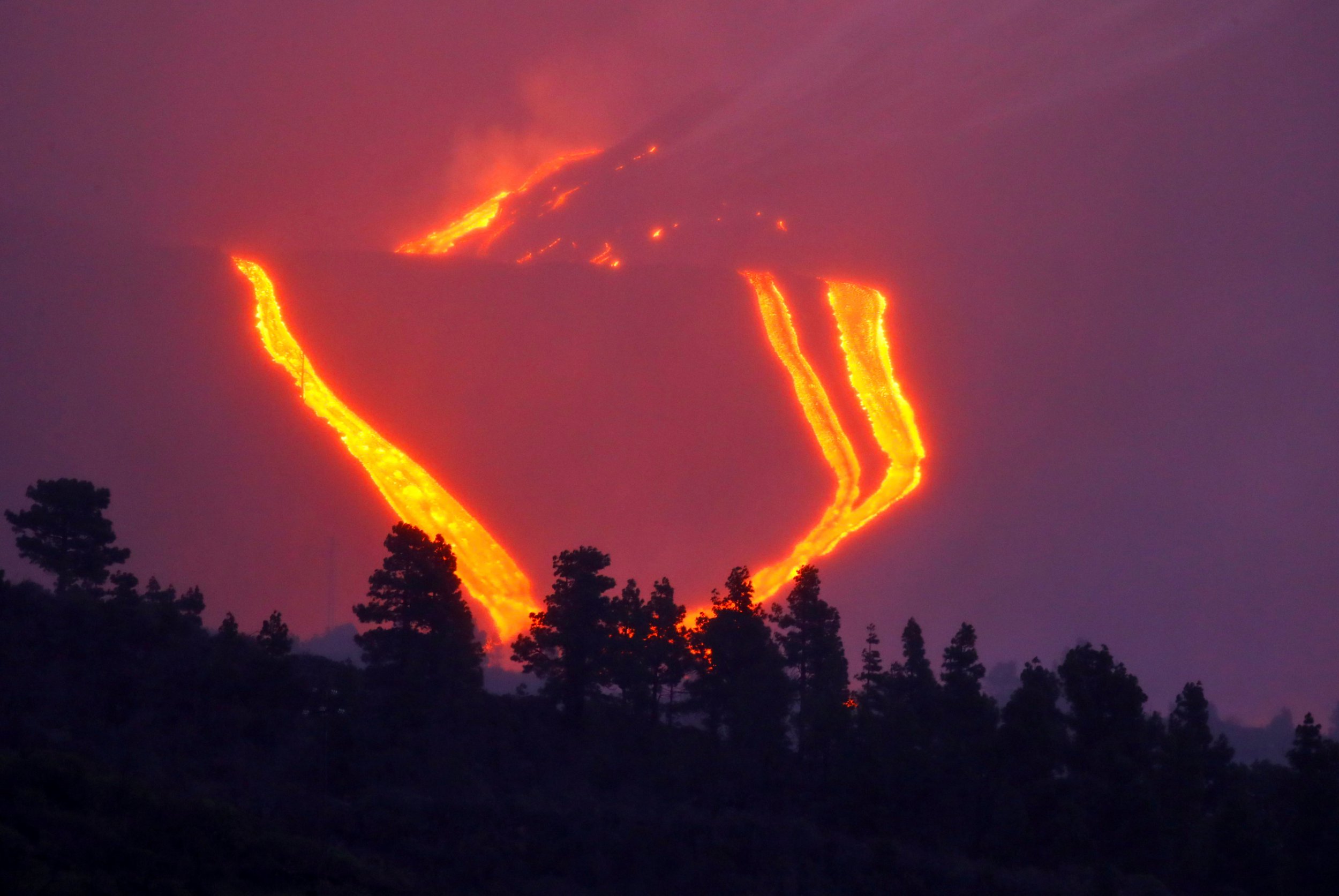 Six new vents have torn open on the erupting volcano on the Spanish island of La Palma.

New rivers of molten lava have emerged from the vents on the Cumbre Vieja volcano that has been erupting since September 19.

These new vents are expanding the lava flow and could threaten to widen the damage to evacuated land, roads and homes.

According to María José Blanco, a spokeswoman for Spain’s National Geographic Institute, the lava spewing from the new vents is flowing at 20 feet per minute towards as-yet unspoiled land.

Over the last ten weeks, 11 different lava flows have been identified by experts – covering around 2,700 acres of land.

Homes, infrastructure and the island’s economically important banana plantations have been destroyed.

As a result, the Spanish government has pledged 225 million euros (£192 million) in aid to help residents of the island.

Pedro Sanchez, Spain’s prime minister, said financial assistance for housing would be tax-exempt and that taxes on air travel to and from the island, part of the Canaries archipelo off northwest Africa, would be subsidised for a year.

Thankfully, nobody has been killed by the natural disaster as affected residents were evacuated from their homes.

Flights have even reopened to the island over the weekend following a week of cancellations due to the amounts of volcanic ash in the air.

The ash itself is toxic and has jagged edges that can cause irritation to the eyes, nose and lungs, making it difficult to breathe.

Despite the risks, volunteers have been working tirelessly to clear roads and uncover buildings. The Spanish Navy has been brought in to help.


MORE : El Salvador plans first ‘Bitcoin City’ at the base of a volcano


MORE : Volcano explodes in massive eruption forcing tourists in Japan to flee for their lives

Electric Cars Are Too Costly for Many, Even With Aid in Climate Bill

Battery-powered vehicles are considered essential to the fight against climate change, but most models are aimed at the affluent.Policymakers in Washington are promoting electric...
Read more

It’s not a day for big updates or surprises from Samsung, and the Galaxy Z Flip 4 is holding the line. It’s the latest...
Read more

The most Googled 3D printing questions of 2022