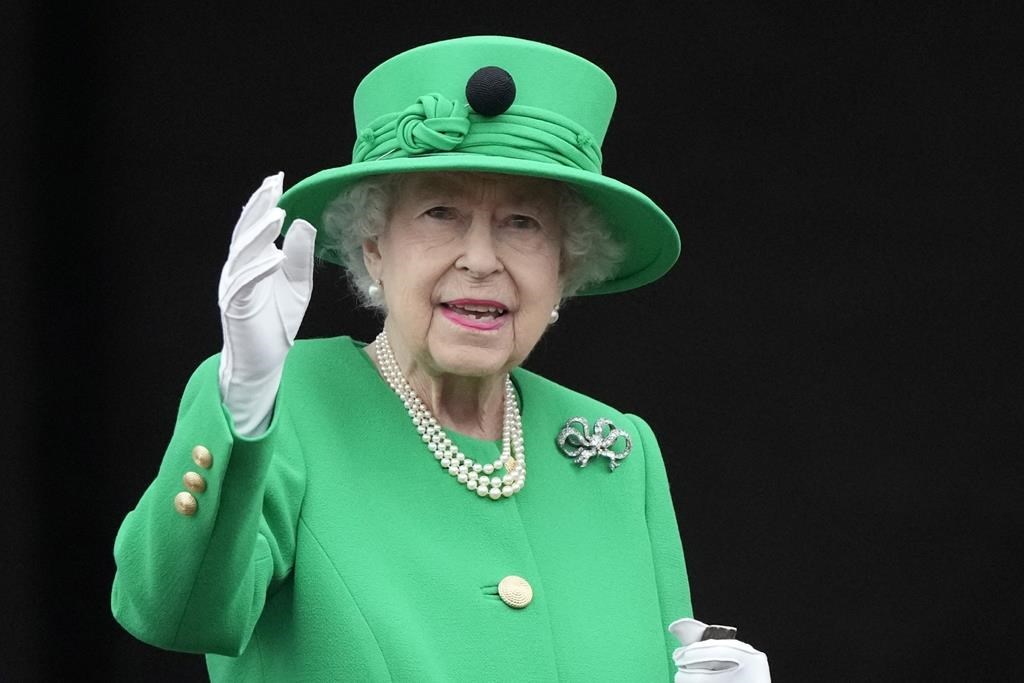 As Buckingham Palace prepares for the funeral proceedings of Queen Elizabeth II on Monday, one Saskatoon Public School is honouring the life of the late monarch.

Students at Queen Elizabeth School commemorated the 96-year-old by learning about her life and legacy courtesy of the school’s principal.

“Being that the queen passed away last Thursday, we decided that because we attend Queen Elizabeth School, we should do something to commemorate her life,” prinicipal Janna Leel said.

The school organized an assembly filled with presentations, videos and fun facts to learn about Britain’s longest-serving monarch.

“She had to work about 290 days of the year and we only have to go to school for 100-something days,” Grade 5 student Ellie told Global News.

Grade 8 student Anna was surprised to learn about the gifts the monarch received during her reign.

“I like how she owned an elephant,” Anna said. “That was a little bit strange … not strange but kind of like ‘woah.’”


After the assembly, students returned to their classroom to toast the queen with tea and cookies. The school provided each student with decorative tea cups to play the part.

“I tried to keep it kid-friendly,” Leel said. “I thought what better way to really pay tribute to the queen than to have tea and cookies after,” she explained.

Leel said it was not a day of mourning, but rather a celebration of the queen’s life. Most importantly, it was a learning opportunity for the next generation.

“I think they will go home and tell their parents about some things that we learned today,” she said. “I thought it would be something that they would remember for a long time.”