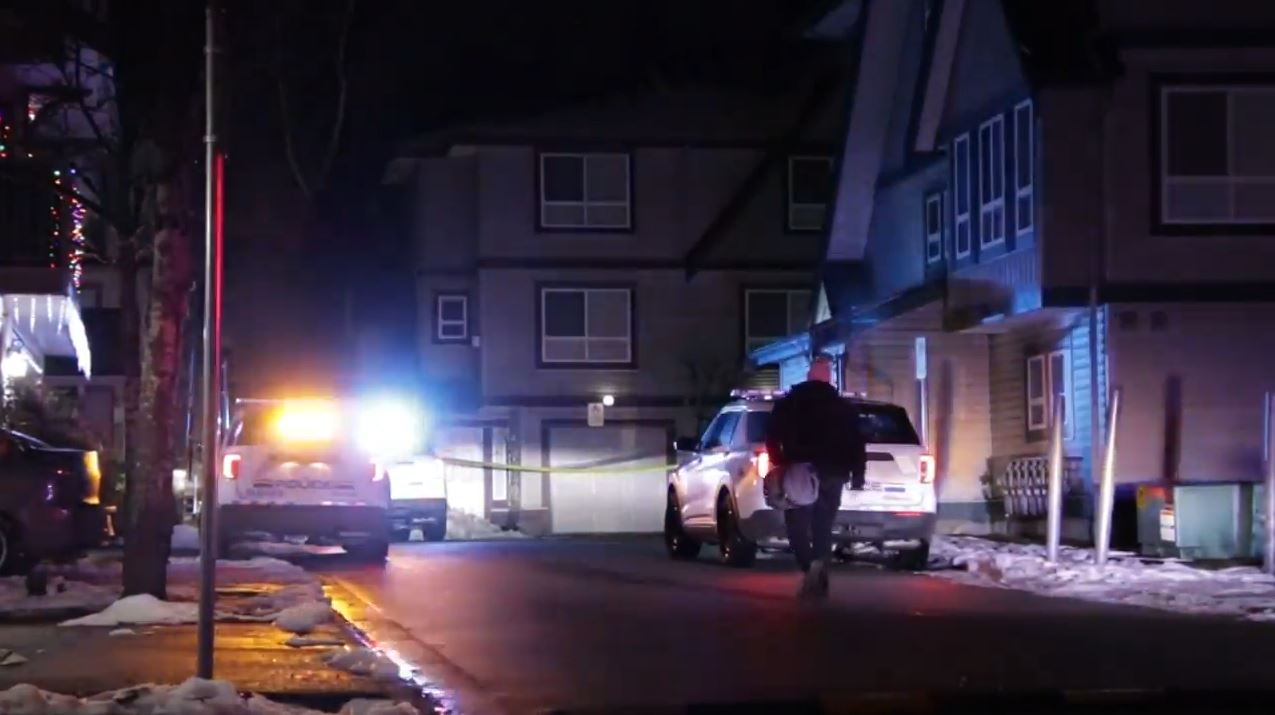 RCMP have identified the victim of a fatal stabbing in Surrey this week as 40-year-old Harpreet Kaur.

She was found in medical distress at home in the 12700-block of 66th Avenue on Wednesday at 9:22 p.m., and her husband was arrested on the scene, the Integrated Homicide Investigation Team (IHIT) confirmed in a Friday news conference.

The husband was released Thursday. Police are not revealing any information about the possible presence of children, out of respect for the family’s privacy, Sgt. Timothy Pierotti said.

One arrested after woman fatally stabbed at Surrey, B.C. home

“IHIT continues to gather evidence and we’re working to meet the charge approval threshold,” he said.

“I know a situation like this where there’s alleged domestic violence can certainly hit a community, so we wanted to give as much information as we can as soon as we possibly could.”

The suspect and victim had “no negative police contact” in the past that investigators know of, Pierotti added.

1:16
One person arrested after fatal stabbing in Surrey


Investigators have been working “non-stop” on the file, Pierotti said, adding they had released the victim’s name in the hopes it could advance the case. They are attempting to build a “timeline of her actions and history,” he said.

After the stabbing, a neighbour told Global News the victim was a teacher and mother to young children who had recently returned from a trip. Global News agreed to conceal the neighbour’s identity for safety reasons.

“She was a teacher, she was a nice woman,” they said. “She didn’t talk much about her family (to us).”