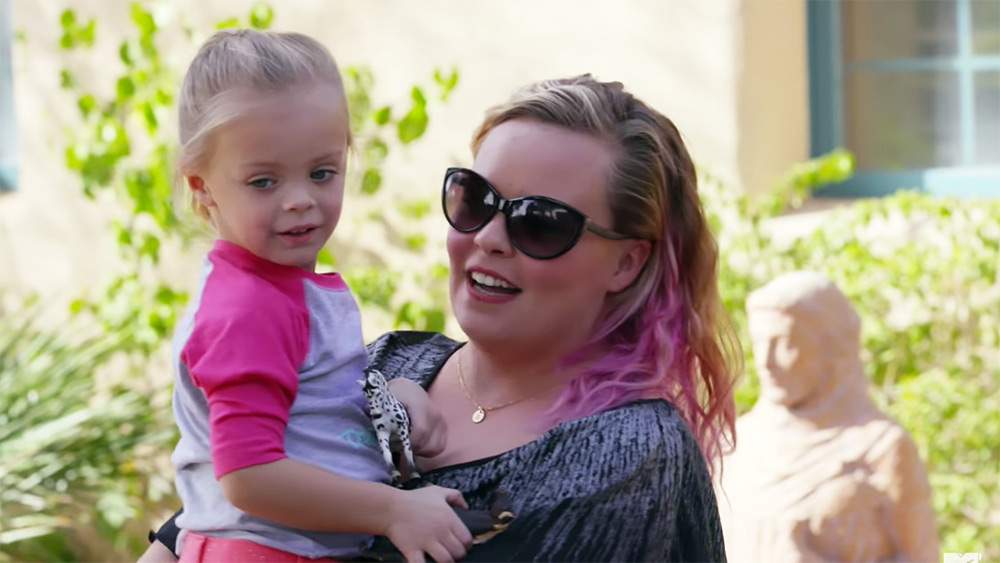 While growing up, people always said, “Two wrongs don’t make a right”, and it was sound advice. But it was also advice that Briana DeJesus could’ve benefitted from before getting into her fight with Ashley Jones on Teen Mom Family Reunion. As viewers saw last week, Briana, Ashley, and their moms all instigated their fight at various points throughout night, but things really took a turn when Ashley spit on Briana. The fight was pretty gross all around, but had it ended there, Ashley probably would’ve been the only one sent packing. However, immediately after Ashley hocked a loogie, Briana picked up a stainless steel water bottle and threw it towards her nemesis, leading to her own banishment from the show.

Producers delivered the news to Briana and her mom, Roxanne, after they had a sit-down chat with Dr. Cheyenne Bryant (aka Coach B) and revealed they had no interest in making amends with Ashley and her mom, Tea. It wouldn’t have mattered if they were interested in any sort of resolve, though — producers watched the footage and when they spotted Briana throwing the water bottle, they made the decision to boot her. It’s actually written in the ladies’ contracts that they can’t get physical with other cast-mates, and if they do, they’ll be sent packing. Briana knew it was a potential consequence, but she didn’t feel she did anything wrong. In fact, she said she was just defending herself after getting spit on.

Teen Mom producer Larry Musnik told a teary-eyed Briana that she could’ve defended herself without getting physical, before sharing that Ashley and Tea were also leaving. Ashley and Tea actually made that decision on their own after Ashley told Coach B that she was pregnant, but Tea made a joke that they probably wouldn’t have been allowed to stay anyway. And Larry’s conversation with Briana and Roxanne kind of confirmed that.

When the other cast members learned Briana was being kicked out, they got pretty upset. They agreed that Ashley should’ve left, but they didn’t want Briana to go. Most were stunned by the news, but Briana’s BFF Jade Cline couldn’t handle it. She called her mom, freaked out, and cried, saying she wanted to go home, too. If her best friend was no longer filming with the group, she didn’t want to either.

To be honest, everyone was emotionally drained after the huge fight, so maybe it’s best that Briana and Ashley were booted from the show. We’ll just have to tune in to find out how their exits affect the rest of the season.

‘They filmed me without my consent’: the ugly side of #kindness videos

‘They filmed me without my consent’: the ugly side of #kindness videosSome social media users are building a following through ‘feelgood’ videos, in which,...
Read more

Charter settles with family of murder victim, says insurance will cover it

The Galaxy S22 is the latest and greatest in a long line of excellent phones, but doesn't mean it's invulnerable to drops and scratches....
Read more