Home Reviews The fracking boom is over. Where did all the jobs go?
Reviews

The fracking boom is over. Where did all the jobs go? 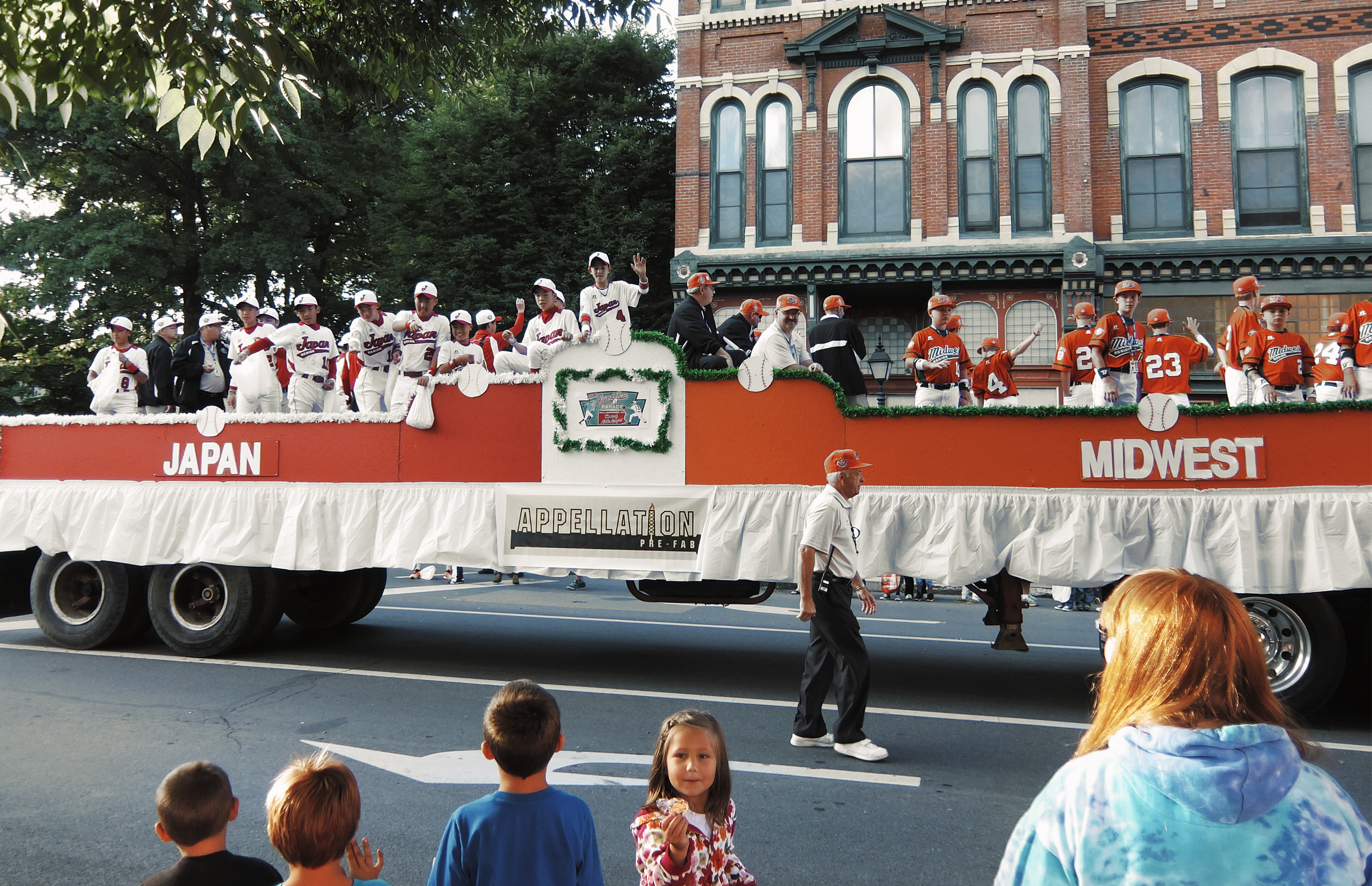 Shale gas and oil extraction, also known as fracking, is often credited by conservatives with creating hundreds of thousands, if not millions, of US manufacturing jobs. As the “Saudi Arabia of natural gas,” Pennsylvania has been the poster child for the fracking industry. But far fewer jobs were created there and in neighboring states like Ohio than boosters claim, and many have since vanished.

Take Williamsport, Pennsylvania. A faded former lumber town between the Susquehanna River and the Appalachian foothills, Williamsport has the modest claim to fame of hosting the annual Little League World Series. But the city’s problems are all too common across the Rust Belt. Williamsport’s population has declined by more than one-third in the past 60 years. Its poverty rate is twice the state’s average, and it now has high rates of drug abuse and violent crime.

During the 2016 US presidential primary election, Republican hopeful Ted Cruz made a campaign stop in Billtown, as locals affectionately call it. At the time, the area was quickly becoming a hub of shale gas extraction. After many local landowners leased their mineral estates to petroleum companies, drilling rigs cropped up outside of town. Caravans of water and sand trucks plied the back roads. Oil giant Halliburton opened a massive facility that employed 600 people. And the welding and metalwork company NuWeld—the site of Cruz’s rally—expanded from 60 to 290 workers.

The advent of fracking offered the tantalizing prospect of returning Billtown and other deindustrialized communities to their manufacturing glory days. “Pennsylvania is an energy state,” Cruz told the crowd. He saw NuWeld as a herald of the “millions of millions of new high-paying jobs” that fracking could bring. But less than two weeks after his visit, the company abruptly shuttered (it has since reopened at a much smaller scale).

NuWeld was hardly the only area business affected by an industry-wide “slowdown,” as shale boosters delicately called it. Dan Klingerman, who built Williamsport’s Marcellus Energy Park, insisted to me at the time that the industry wasn’t in retreat, yet he quietly closed his oilfield trucking company. Hotels hastily built for itinerant workers sat half vacant. Halliburton’s local facility whittled its workforce down to about 40.

By 2019, it was apparent that “slowdown” was a euphemism for bust. There were only 19 drilling rigs in the entire state by January of that year, down from 114 in the same month of 2012. That’s fewer rigs than Pennsylvania had before the fracking boom began.

What happened? As a Bloomberg report put it, “The numbers never added up.” Fracking has always been expensive; extraordinarily generous fossil-fuel subsidies helped hide the true cost. With new wells facing average production declines of 60% in the first year, petroleum companies had to frantically drill more of them. The entire model was premised on high oil and gas prices. But nationwide, the glut of gas (and, to a lesser extent, oil) precipitated by the fracking boom depressed prices to their lowest levels since the 1990s.

The result? Frackers pumped the brakes. A wave of consolidations and bankruptcies swept across the sector. The stock prices of premier energy firms like Chesapeake Energy Corporation crashed (it declared bankruptcy in 2020). Some, like Anadarko Petroleum Corporation, liquidated their shale gas holdings. Chevron announced in December 2019 that it would write down up to $11 billion in shale gas assets.

The oil and gas industry shed more than 100,000 jobs last year, and a report by Deloitte warned that about 70% of the jobs lost in 2020 may not come back this year—or ever. As of April, the mining sector had the highest rate of unemployment in the country, at 15%. The petroleum industry has also taken a major reputational hit for its role in warming the planet while peddling climate-change denialism. Methane emissions associated with fracking are so pervasive that many scientists now think substituting natural gas for coal won’t reduce greenhouse-gas emissions. Shareholders are revolting; wealth managers are divesting.

One campaign ad that aired in the state said Biden’s “fracking ban” would “kill up to 600,000 Pennsylvania jobs.” (Biden can’t ban fracking, except on federal public lands.) At a rally in Latrobe, Trump claimed that fracking had created 940,000 jobs in the state. The actual number at the time was more like 26,000—and that’s including “fracking-related” jobs not directly in the industry.

A report by the Multi-State Shale Research Collaborative found that during the time span of the ostensible fracking boom in Pennsylvania and the Midwest (from 2008 to 2012), “firms with an economic interest in the expansion of drilling” and their political allies systematically exaggerated the industry’s impact on employment.

The US Chamber of Commerce declared in 2012 that shale gas production in Pennsylvania, Ohio, and West Virginia had created more than 300,000 new jobs. The Pennsylvania Department of Labor and Industry counted only about 18,000. The discrepancy likely resulted from the Chamber’s blatant misrepresentation of several controversial industry-funded Penn State studies that looked at “projected jobs,” meaning expected future jobs. Later, the Chamber revised the 300,000 jobs “created” down to 180,000 jobs “supported.”

Similarly, former Pennsylvania governor Tom Corbett’s 2014 State Energy Plan claimed that “over 240,000 Pennsylvanians work in core and ancillary jobs associated with the oil and gas industry.” However, the Keystone Research Center pointed out that most ancillary jobs (like those of UPS drivers), which accounted for the bulk of the total, predated fracking.

The bottom line is that although Pennsylvania’s gas boom peaked between 2011 and 2012, its unemployment rate actually increased almost a full percentage point in that time—and at 8.3%, it was a half-point above the national average—even as unemployment fell in 46 states. (In Billtown, whose former mayor dubbed it the “Energy Capital of Pennsylvania,” the 2012 median household income of $33,147 was no higher than it was preboom; the high local poverty rate remained unchanged.)

A bombshell report recently put out by the Ohio River Valley Institute details how fracking boosters’ promise of jobs and prosperity for the broader Appalachia region was a mirage. In the 22 Ohio, Pennsylvania, and West Virginia counties that produce most of America’s natural gas, economic output grew by 60% from 2008 to 2019, but little of the income generated by that growth stayed in local communities. The region saw only 1.6% job growth, compared with 9.9% nationally; its share of the nation’s population fell by 11%.

These numbers show that gas drilling has not lifted the financial outlook of shale communities. In fact, it may have even made things worse.

It’s important to explode the myth that fracking is a golden goose because it takes away one of the primary justifications for a polluting industry. The “economy versus environment” narrative implies that environmentally friendly policies kill jobs. Renewable-energy proponents, likely driven in part by a desire to rewrite this storyline, likewise often overstate the economic impact of their own recommendations by touting high-paying “green jobs” they claim will come with wind or solar energy. 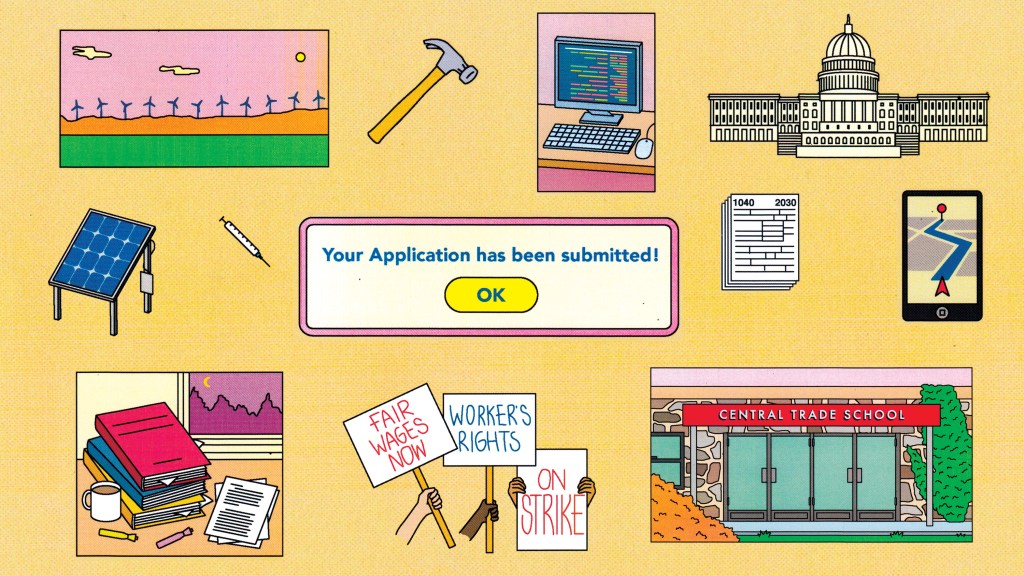 In reality, there’s little evidence that even major environmental policies like a carbon tax have much effect on employment levels; they mostly reallocate workers from industries harmed by a policy to those that benefit from it. Nonetheless, politicians and pundits spend immense time and resources catering to energy sector workers—often at the expense of endangered jobs for people like mail carriers or computer programmers, who make up more of the employment picture. (Shale-related employment accounts for only 33,000 jobs across Appalachia—about 0.5% of the total).

There’s no silver bullet that can revitalize the heartland, though it seems apparent that many interventions should be place- rather than industry-based. The Williamsport area, for instance, is home to several small colleges and midsize hospitals that sustain a professional class poised for growth. Promoting and protecting the area’s wild places—which are threatened by fracking—would nurture its burgeoning tourism industry.

Resource extraction has rarely proved to be a reliable path to sustained prosperity. It is far more often a curse, blinding civic leaders to the risks of betting everything on a dirty and volatile industry—one that could endanger the entire planet through catastrophic levels of global warming.

Colin Jerolmack is a professor of environmental studies and sociology at NYU and author of the new book Up to Heaven and Down to Hell: Fracking, Freedom, and Community in an American Town.

Netflix's Stranger Things may be an homage to '80s horror, but it also encapsulates a genuine belief in love and friendship. This spirit bonds...
Read more

Since 1995, Pixar has developed movies that tap into the human experience in the most unexpected and beautiful ways. Through colorful characters and anthropomorphized toys, cars, animals...
Read more