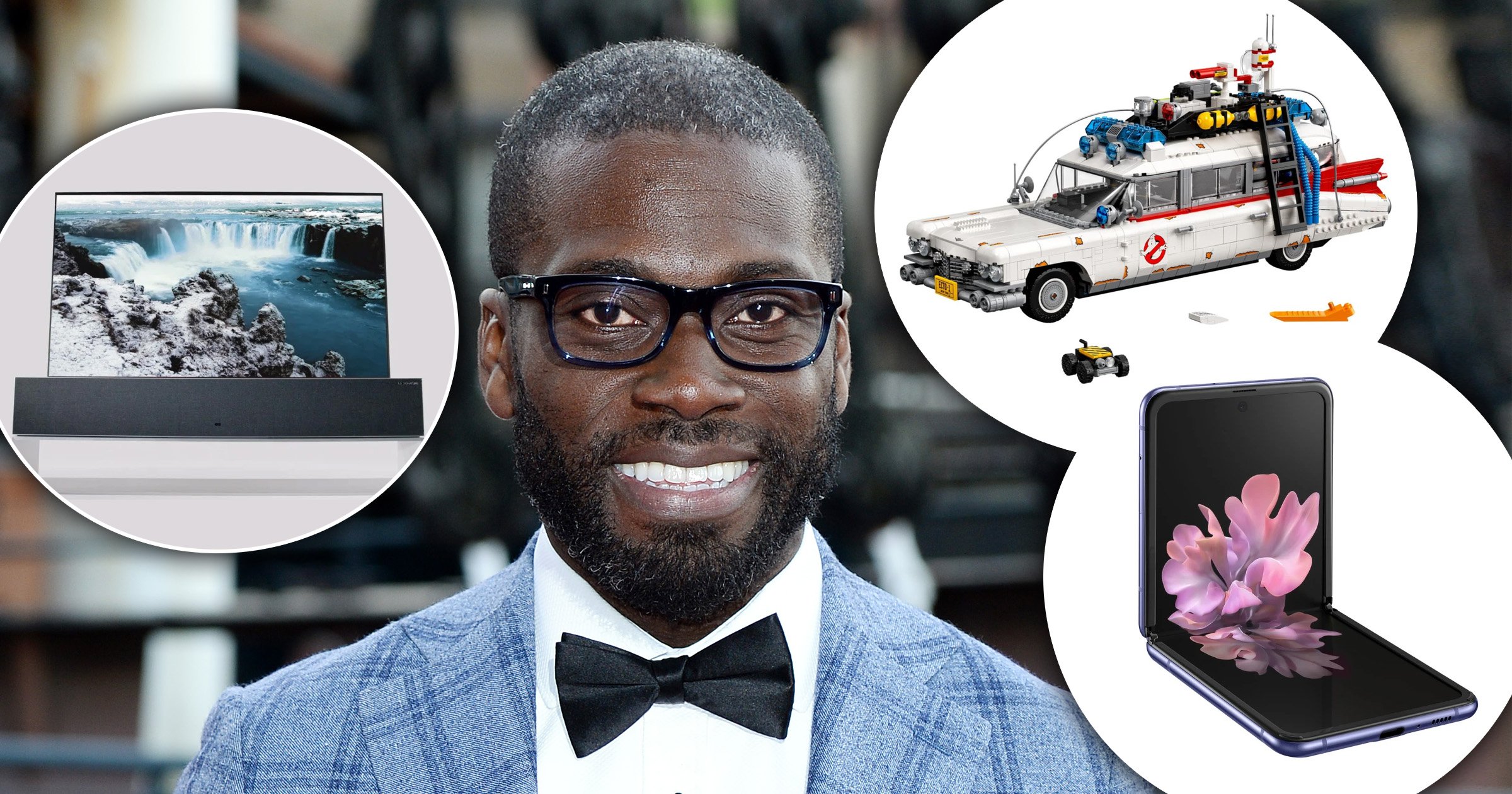 Ortis Deley, 48, is best known for trying out cool bits of tech on The Gadget Show.

But what gadgets does he like to use in real life?

We chatted to the TV presenter about rollable TVs, foldable phones and wasted vinyl.

What gadgets are the most impressive you’ve featured on The Gadget Show?

Rollable TVs — a flat TV screen that rolls into a box and, when you’re done with it, you put it away. It’s like an overheard projector but a fully functional TV screen.

The TV is usually the centrepiece of the living room but with this you can just roll it out of the box when you need it.

I liked the Microsoft HoloLens. You can be in different parts of the world but get together around a holographic image of, for example, a machine you’re all working on so you can see your colleagues take pieces apart.

A few years ago, smart fabrics blew my mind. I visited a company that developed a fabric that conducted electricity and allowed you to power torches.

Do you keep any of the stuff you test on the show?

I have bought things after we’ve tested them. I bought a TV from the Sony Master series. Over the years, TVs have become thinner so you need a soundbar to go with it.

I’m not a huge fan of soundbars and with this TV there are eight speakers directly behind the screen.

What trends excite you?

Foldable phones. Samsung are leading the charge with that. I like tech getting smaller and more discreet.

One day you won’t see my phone, it will be woven into the fabric of my clothes.

There’s a growing market for nearly new tech — you can find stuff that has a small defect like a slight scratch but that works just as well for a fraction of the price.

What apps do you most use?

Fiit, which is for training at home. I started using investment apps over lockdown. I’ve been using Kucoin, Binance and Coinbase. I’m currently up but it’s been a mad ride.

What gadgets made an impression on you when you were a child?

As a young teenager I really liked the Lego Technics range. I had one that was a chassis of a car with a working gearbox and you could opt for two- or four-wheel drive. My daughter has reignited my love for Lego.

I’ve bought the big Batmobile from the Tim Burton film and the Ghostbusters Ecto-1 car.

What’s been your most disappointing tech purchase?

About ten years ago I bought a Pro-Ject turntable because I still have around 100 pieces of vinyl.

My plan was to get a piece of vinyl out and play it every day, then it went to playing it once a week, then once a month — and now I’ve probably only used it six times. It’s just because I don’t make time to use it.

Would you let your children use Instagram Kids if that does get launched?

It’s concerning. My wife and I can spend an hour on the sofa not talking to each other, just scrolling through Instagram and uploading things. If it’s that bad for adults it can be damaging for young children. We limit our children’s screen time. Balance is important — they’re young and we’d prefer them to go outside and do activities.

We’re trying to build resilient human beings so when they do see things online they can make judgements about what they’re seeing rather than thinking, ‘I want to see more.’

Deley is a judge of this year’s Royal Society Science Book Prize. The winner is announced on Monday


MORE : Black Friday 2021: How to get the best deals on tech and gadgets

How to get your Metro newspaper fix

Metro newspaper is still available for you to pick up every weekday morning or you can download our app for all your favourite news, features, puzzles… and the exclusive evening edition!

With Prime Day just days away, it's the right time to pull the trigger on almost anything you want to buy. That includes new TVs, which...
Read more