Home Mobile The OnePlus Nord 2 will have a custom Dimensity 1200-AI chipset, the...
Mobile

The OnePlus Nord 2 will have a custom Dimensity 1200-AI chipset, the company confirms

OnePlus has boarded MediaTek’s Dimensity 5G Open Resource Architecture program, which allowed it to design a custom version of the Dimensity 1200 chipset for the OnePlus Nord 2. It is called the “Dimensity 1200-AI”, which should tell you what kind of customization work was done on the chip.

The beefed up AI hardware on the chip will be used to improve the photography experience, enhance the display and lower response times during gaming.

The custom chipset has special support for DOL-HDR (“Digital OverLap”). Such a sensor is already in use in the OnePlus 9 series. Unlike staggered HDR, DOL-HDR can capture several exposures simultaneously to reduce ghosting.

Smart Ambient Display uses AI for smarter automatic brightness control that takes into account the user’s surroundings as well as the content on the screen. Speaking of content, the Dimensity 1200-AI will be able to upscale standard definition, standard dynamic range videos to HD (AI Resolution Boost) and HDR (AI Color Boost).

The OnePlus Nord 2 will be available in India through Amazon, you can see the landing page with teasers here. 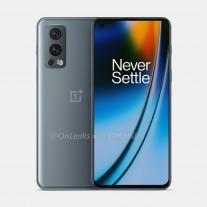 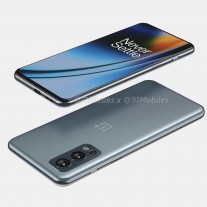 As for the camera department, the phone is said to use the 50 MP Sony IMX766 sensor. However, it is OnePlus 9’s other sensor, the IMX789, that supports DOL-HDR, so take these specs with a grain of salt. Anyway, the phone should also have an 8 MP ultra wide-angle camera and a depth sensor on the back, plus a 32 MP selfie camera. 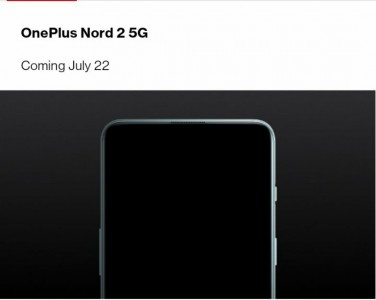 The Nord 2 will launch on July 22 according to the latest info. That is also when a competition run by OnePlus.in ends. Previous rumors reported anything from July 9 to the end of September, but with the Amazon landing page and a Twitter teaser campaign rolling out, the July 22 target should be it.

Audio player loading… Elden Ring developer FromSoftware is working on multiple new projects, raising the question of what the studio could have in store...
Read more

After Friday's Supreme Court ruling overturning Roe v. Wade, lawmakers who support abortion rights argued that some of the justices who voted in the...
Read more

Convicted murderers win sentence appeals in Alberta, will get earlier chance to apply for parole

Four men, each convicted of at least two counts of first-degree murder, have won the right to be able to apply for parole earlier...
Read more